Please use the back-next button to navigate through the images. 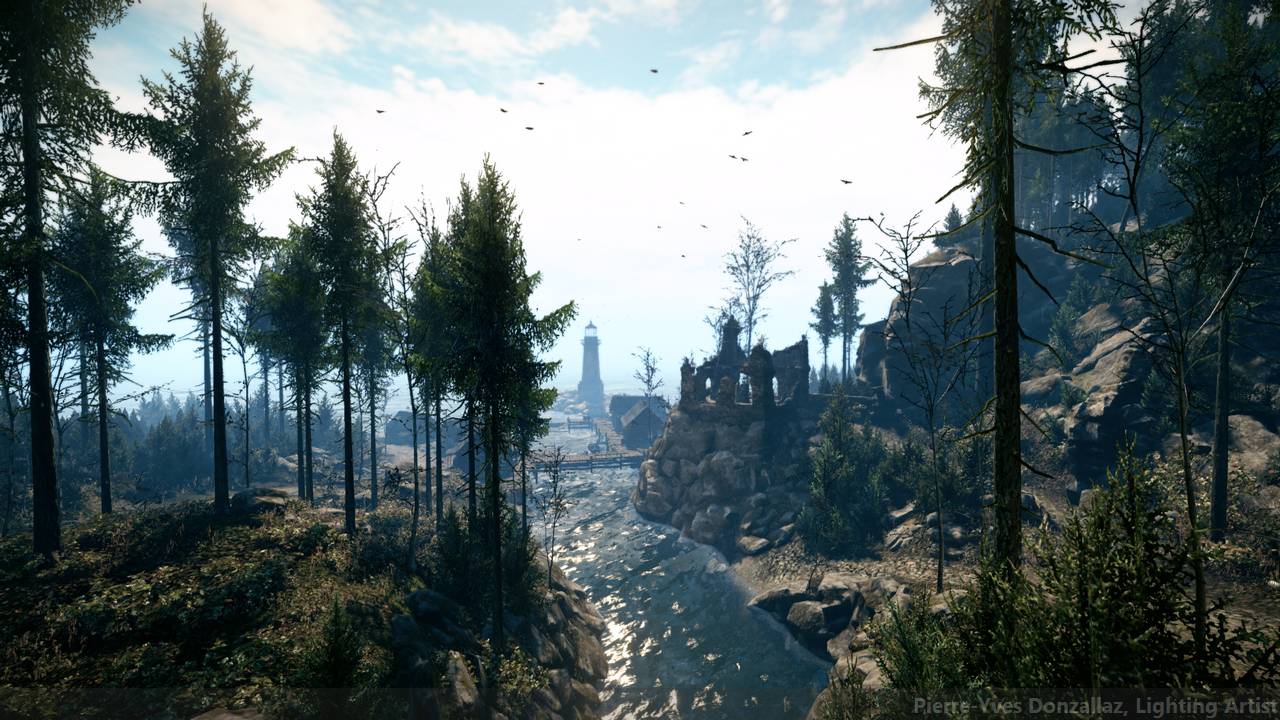 Here are some stunning CryEngine 3.3 screenshots, which closely resemble to Remedy’s Alan Wake. Check them out above.
On March 11, 2009, Crytek announced that it would introduce CryEngine 3 at the 2009 Game Developers Conference, held from March 25 to March 27. The new engine is being developed for use on Microsoft Windows, PlayStation 3, and Xbox 360. As for the PC platform, the engine is said to support development in DirectX 9, 10, and 11.
As of June 1, 2009, it has been announced that Crysis 2 is being developed by Crytek on their brand new engine. A teaser has been released. Additionally, a website named mycryengine.com was launched as a front to this new technology.
On March 1, 2010, a new video of the engine was released for the i3D 2010 symposium, which demonstrates ‘Cascaded Light Propagation Volumes for Real Time Indirect Illumination’.
Crytek also plans to release a free-to-use version of the CryEngine.