The firm’s CEO Cevat Yeri told Develop that his studio, Crytek, is “working very closely with Sony and Microsoft in regards to motion control on both the PS3 and Xbox 360”, he then compensated his remarks by adding: “that’s as much as NDA allows us to say right now.”

Jones, the boss of Crytek’s CryEngine business, stated that the team was taking 3D “very seriously”.

He then added: “It certainly adds a lot to a number of games. Depth perception in an FPS really changes the game and makes it a lot more enjoyable. I think people are starting to wake up and take notice that 3D is on its way, it’s not long before developers are taking advantage of it.” 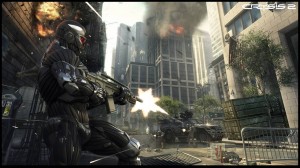