Studio MDHR is releasing a physical version of its acclaimed run 'n gun title and its expansion in collaboration with iam8bit. 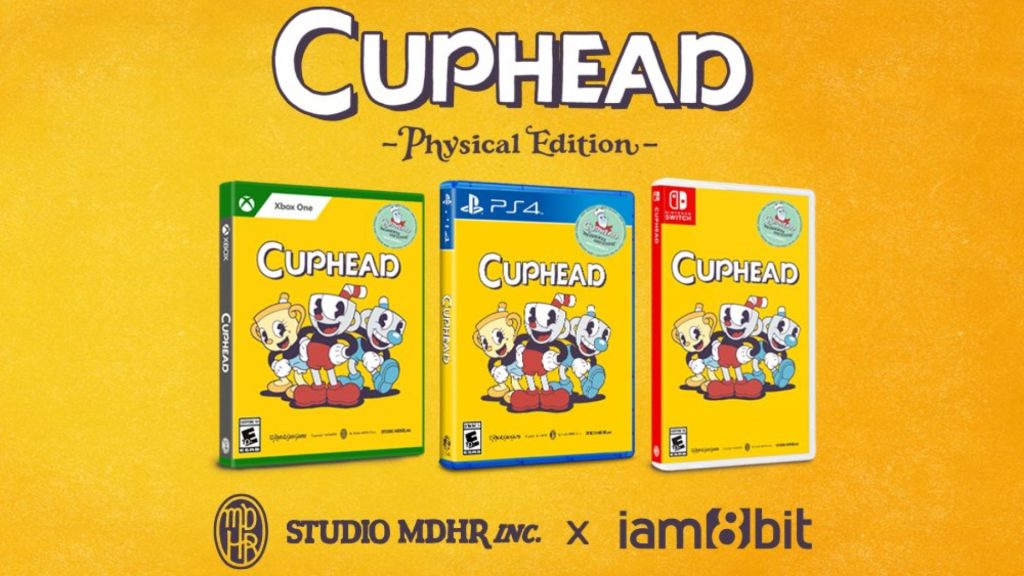 Studio MDHR’s Cuphead has become something of a phenomenon over the last five years, having attracted a massive fanbase thanks to its gorgeous visuals and animation style and its challenging and immaculately designed run ‘n gun gameplay. If you’re in that fanbase and fancy yourself a collector, there’s something on the horizon that’s going to be worth keeping an eye on.

Studio MDHR recently took to Twitter and announced that, on the occasion of Cuphead’s fifth anniversary, it will release a physical edition of Cuphead for PS4, Xbox One, and Nintendo Switch in partnership with iam8bit. While details such as its release date and exact contents are currently unknown, the indie studio confirms that it will include the base game as well as the meaty expansion The Delicious Last Course, which learned earlier this year.

In our review of Cuphead: The Delicious Last Course, we awarded it a score of 9/10, saying, “Cuphead: The Delicious Last Course thankfully doesn’t try to reinvent the wheel. It takes the already-phenomenal gameplay of Cuphead, and just adds more Cuphead on top. Miss Chalice is also a great new character, making going back to the base game fun, even if you’ve already finished it.” Read the full review through here.

Shortly after the expansion’s launch, Studio MDHR announced that it had sold over a million units in less than two weeks.

On Cuphead’s 5th anniversary, we’re overjoyed to say: the game is Coming Soon to retail stores everywhere!! It will be available for Xbox One, PlayStation 4 & Nintendo Switch…including The Delicious Last Course!

Sign up now to be the first to know more: https://t.co/FAs05ii86R pic.twitter.com/xz2OClBpwq