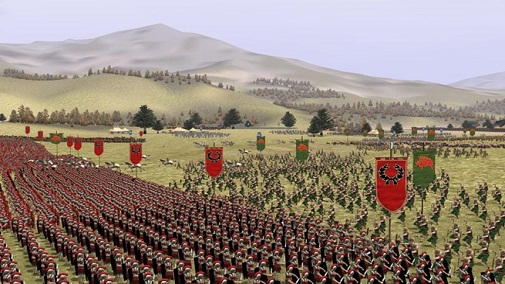 Ever wondered why current consoles do not run many PC RTS games? The answer should be pretty simple. You can’t do anything on 512MB RAM for games like these.

Creative Assembly the developers of the Total War series have said the same thing, and they also mention that next gen we could be seeing the series head to the consoles.

“The current generation of consoles just can’t cope – they don’t have enough memory, by a large factor. Those technical reasons are probably the only reasons. A lot of people think that UI’s a problem, because no one’s really done it well before,” Studio director Mike Simpson said to Eurogamer.

“I don’t think that’s a fundamental thing – I just think it’s simply that no one’s really done it very well before. A lot of the games have been ports of PC games without too much thought having gone into it.”

This is a pretty straightforward answer, and hopefully the next gen consoles will pack-in enough RAM so that we could see amazing RTS games reach a bigger audience.