Cyberpunk 2020 Creator Mike Pondsmith has a few words to say regarding the upcoming action RPG. 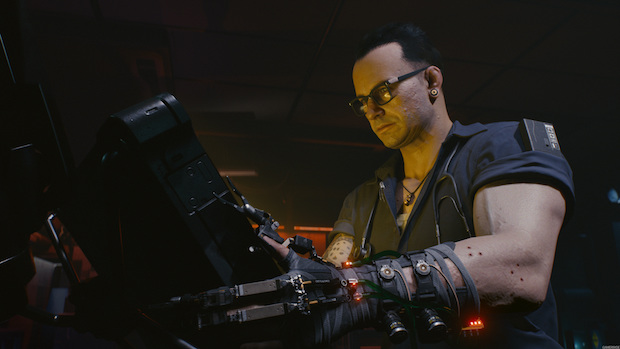 While some people got to see some gameplay of Cyberpunk 2077 at this year’s E3, the creator of Cyberpunk 2020, Mike Pondsmith has got to see some parts of the game that weren’t showcased during the E3 demo. Among other things, Pondsmith spoke of how well the first-person perspective works and also how the game’s both political and personal in terms of its tone and themes.

Speaking with Polygon at Gen Con, Pondsmith provided some new insight into the game. He described how the lack of situational awareness that comes with the first-person perspective makes for a powerful experience, which echoes similar statements he’s made in the past as well. He stated, “I got to wander through a lot more than was shown at E3, The sequences where you’re going down to the Ripperdoc and all that. There’s entire neighborhood areas in there where you can walk around and you can listen to people’s gossip. Because it’s in first-person, what I love is you get that stuff peripherally. You could be crossing to go down the street to get something and hear somebody say something [behind you], and you have to turn and figure out who said it in a crowd and where. You don’t have complete situational awareness, which makes it a far more powerful experience.”

The developers had also recently explained that the game will not shy away from dealing with political issues, and Pondsmith explained how the genre itself is very politcal and also very personal. He stated, “Every really good cyberpunk story is about the personal morality of the people involved. Sometimes it isn’t saving the world — it’s about saving yourself and the things and people you care about, which makes it both intensely political and intensely personal.”

Since the creator of the genre has given his approval for how the game is coming along, we can assume that CD Projekt RED are nailing this. Cyberpunk 2077 is set to release for the PC, PS4, and Xbox One.