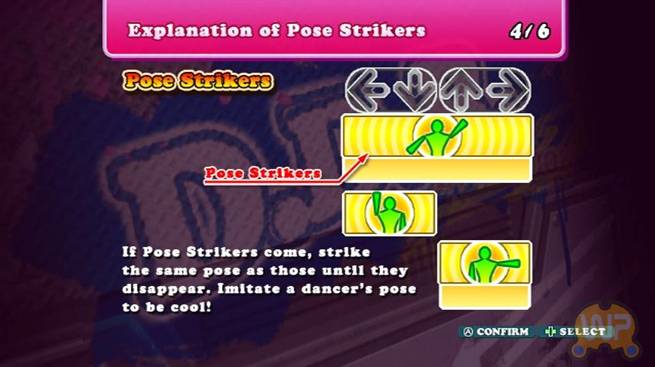 Konami will release a new take on dancing on April 29th, when DanceDanceRevolution hottest party 4 steps out on Wii.

The latest addition to the long-running series, DanceDanceRevolution hottest party 4 offers the user the chance to match full-body movements in order to rack up high scores. The new game uses both the famed dance mat controller and the Wii Remote and Nunchuk controllers, with players matching the on-screen arrows with the corresponding footwork, and also using their arms to meet additional moving goals.

This total movement is spotlighted perfectly in DanceDanceRevolution hottest party 4’s stunning Choreograph mode. This new idea is perfectly designed to appeal to both DDR novices and hardened dancers alike, and adds new depth to the classic gameplay. Furthermore, owners of Nintendo’s Wii Balance Board can use it instead of a dance mat, with the board registering complete body movement.

DanceDanceRevolution hottest party 4 allows up to four players to get together and compete against each other, and can be bought with a dance mat controller or a solus title, and enjoys a stunning collection of suitably high-tempo tracks. The new game offers 20 licensed tunes, including Lady Gaga’s classic ‘Bad Romance’, Paramore’s ‘CrushCrushCrush’ and the classic ‘Celebration’ from Kool and the Gang. There are also more than 30 specially-created tunes from KONAMI’s in-house team, all of which are designed to test the player’s co-ordination and rhythm.

DanceDanceRevolution: Hottest Party 4 will be released for Wii on April 28th/29th.