DanganRonpa: Trigger Happy Havoc May Be Coming To Steam

This fills me with so much hope. 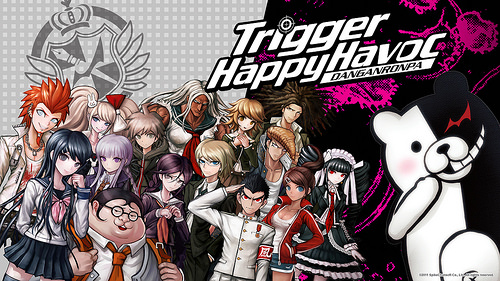 The excellent PlayStation Vita exclusive visual novel, DanganRonpa: Trigger Happy Havoc, may be coming to PC soon, as the official Spike Chunsoft account is teasing a Steam release for the game. Given the incredible increased support Steam has seen in the last few years when it comes to Japanese games, and especially visual novels, this seems to be a pretty good move, on the whole.

DanganRonpa is excellent- it’s a story with an outlandish premise, and characters who can come off as caricatures, but with far more to it than these initial impressions may suggest. It pulls the player in with some incredible atmosphere, and a premise for storytelling that is irresistible. It’s basically Persona meets Ace Attorney meets Zero Escape– and it is every bit as good as that description makes it sound.

Hopefully, the release of this one is followed up by the launch of the (infinitely superior) sequel, too. DanganRonpa 2 is in every way an incredible sequel, which also manages to fix a whole lot of problems that exist with the first game’s narrative, and PC players would be missing out if they didn’t get that one, too.

Attention class. Danganronpa: Trigger Happy Havoc is about to get steamy! pic.twitter.com/T3QdJ6UzGl