Danger Zone 2 Interview: The Joy of Crashing And Burning

The developers of Danger Zone 2 answer some of our questions about the game.

Danger Zone 2 is the second game in the series and it plays very similarly to the Crash mode from Burnout Revenge. This is a game that’s all about causing as much havoc and destruction as possible, but there are also some significant improvements when compared to the first game in the series.

To learn about these changes and about the game’s development, Gamingbolt reached out to the developers at Three Fields Entertainment with some questions and they provided the following asnwers. 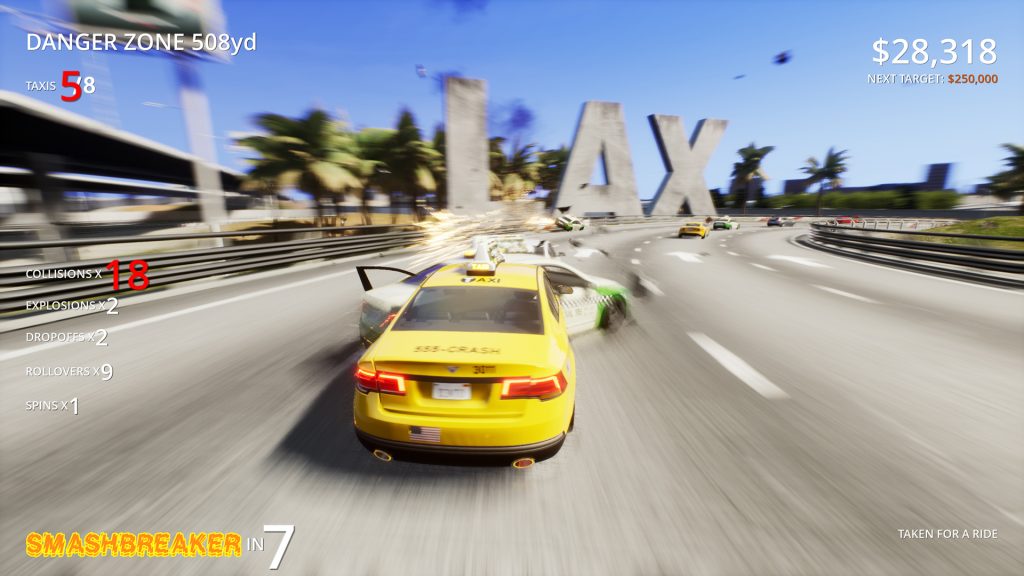 "The biggest change is the continued work we have done on the vehicles and what this has meant for the gameplay – the cars now drive at substantially higher speeds, drift corners, and take even bigger jumps"

Danger Zone 2 will be moving the action onto public roads. What exactly does this mean for the gameplay experience?

The move outside is an exciting one for us both in terms of the variety and immersiveness of the gameplay experience. The team looked at real accident hotspots in a variety of locations around the world. In the United Kingdom the team discovered that a stretch of Motorway just outside Leeds tops the league table for recording the most number of car accidents. In Spain, a few sections of the N-632 Autovia was responsible for keeping local repair shops very busy all year around. No data was available for the United States. However, the team found several links discussing ‘what are the ugliest intersections in the USA?” and used those as the basis for the US based levels. (These were the “Kennedy Interchange” in Louisville, the “Circle Interchange” in Chicago and a few others.). The team felt that the UK’s “Spaghetti Junction” on the M6 in Birmingham was a perfect setting for both a spot of Dangerous Driving and a perfect location to set a Danger Zone.

Apart from driving down public roads, what are some of the major changes players will find in this sequel?

The biggest change is the continued work we have done on the vehicles and what this has meant for the gameplay – the cars now drive at substantially higher speeds, drift corners, and take even bigger jumps. Three vehicles are able to earn and use Boost. These changes have enabled us to bring in much longer run ups and to introduce a Run Up Objective to every level whereby the Player is given a side objective as part of their approach to the main traffic hot spot of each Danger Zone.

Has the goal with this series been to replicate the crash mode from Burnout, or to just build upon it?

With every game we make we try and bring something new. We always said we would never make exactly the same game twice. The Run Up Objective and the new vehicle types like the Big Rig are examples of where we have taken it somewhere new.

What would you say is the most important thing to get right with a game in this genre?

So much! But the handling is of course all important as if that’s not right and the cars are not fun to drive it doesn’t matter what else you do.

From what we saw in the gameplay footage that was released, it looks like you will have to drive longer before getting to the crashes. What inspired this change?

It was a natural progression really. We had been doing a lot of work on things like drift and boost and so to include more driving in the levels was the obvious choice. 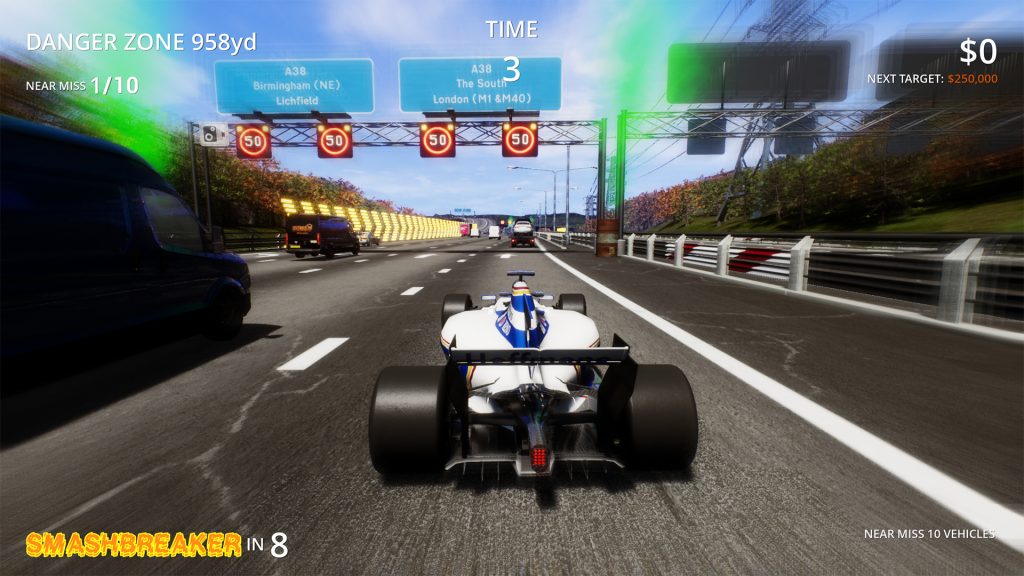 "We have tried to ensure that with every level there is something new to challenge the player."

The gameplay is fairly straightforward, so what prevents it from getting repetitive quickly?

We have tried to ensure that with every level there is something new to challenge the player. That’s another reason we added the Run Up Objective in order to add more strategy, tactics and depth.

Burnout is a title that is always associated with your work. Do you see this as an advantage, or does it bring too much pressure from fans of that game?

We are proud of the work on Burnout, the games we produced provided a lot of people with stable employment over 10 years and we also picked up a lot of fans along the way. To us we are right back at the beginning with a small team, this is like our Burnout 2 really.

What made you decide to make a sequel?

We see every game we make as a stepping stone, so each one builds on the last but takes it further and that in itself leads to the one after. So Danger Zone led naturally to Danger Zone 2 and that will lead to Dangerous Driving.

Will you be able to confirm the resolutions and frame rates of PS4 PRO, Xbox One X versions?

Xbox One X runs at native 4k resolution at 30 fps. Players can also opt to choose to play at 1080p 60 fps. On the PlayStation 4 Pro the game runs at 30 fps. Furthermore it runs at Temporal Checkerboard 4k rendering for players with 4k displays. 1080p TV users will have 150% super sampling. 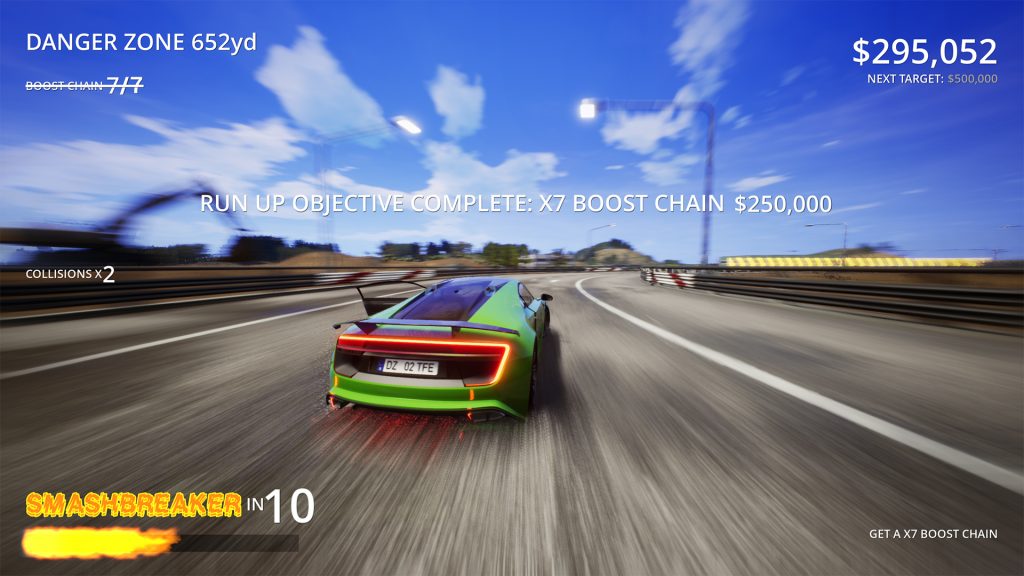 And for the base versions i.e. the PS4 and Xbox One as well?

Is there a specific reason why you are not launching on the Switch?

Time and budget. It’s something we would love to and we even had a dev kit and assessed how long it might take but we just have not been able to carve out the time.

Were there any particular challenges you faced when developing this game?

The challenge is always getting the game to a point where you are happy enough with it to release it. We would always like more time!

Yes we included some player requested features such as an almost instant restart where with one button press you can be back in the game. We also included bumper cam as people were asking for it.