That does look really menacing.

Posted By Kartik Mudgal | On 04th, Dec. 2012 Under News | Follow This Author @KartikMdgl

The first thing you thought when seeing the title was Diablo 3, didn’t you? Because the name is so synonymous with that franchise, as it contains a lot of demons and what not. However, Darksiders 2 will get a DLC where you can fight the demon lord Belial and it already looks well designed than the one in Diablo 3. 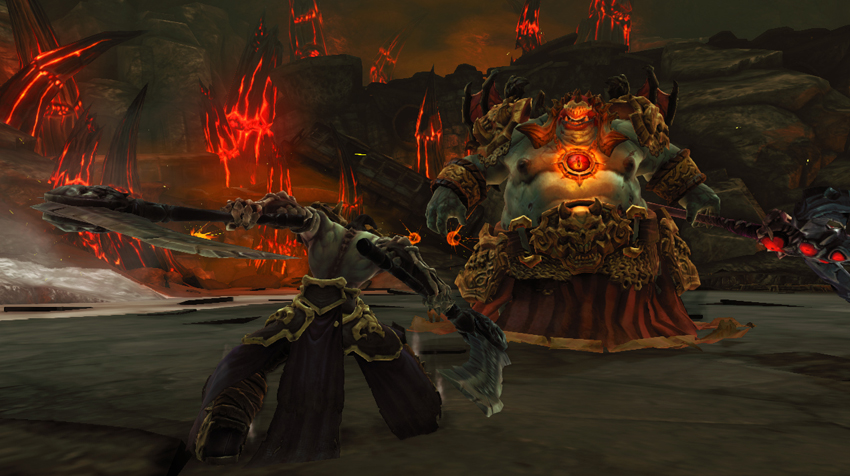 The DLC will be available for 800 MS Points on Xbox Live and $9.99 on PSN and is scheduled to released on December 4. Yes I am aware of the fact that I made this news on the same day, so what are you waiting for? If you loved Darksiders 2 then you have to get this because it looks awesome.

Death, the main protagonist of the game, will face a lot of sinister enemies and also encounter the last remnants of humanity. If you purchased the season pass, this DLC is included.

“Little has been said of the struggles on Earth besides the story given to WAR by the Charred Council. Rumors have now surfaced that perhaps the Third Kingdom was not completely destroyed, and remnants of humanity still yet survive! It falls upon Death to seek out the truth and unearth a forgotten evil… The Demon Lord Belial,” reads the press release.

We reviewed Darksiders 2 and gave it a glowing score.