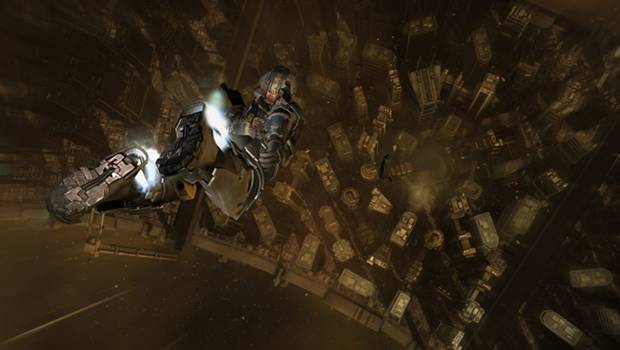 Controls have been simplifed for Zero-G sections

The visuals were running in high definition at 720P and I was a bit surprised that some of the characters models and environments looked jaggy. Especially Isaac looked bland when the camera got closed in. I think this was an alpha build and hence the visuals were not top notch straight away.  During the course of my game play I unfortunately encountered a few scary looking necromorphs. Now let me tell you this. This time around the aliens are much smarter than they were already back in the original. I got myself surprised on numerous occasions when these guys will attack and surround Issac basically from anywhere. The scare and the chills are fortunately present in the sequel and this is what makes the Dead Space franchise unique, you never know what’s coming up next.  The weapons seem to be the same, the ones that we had in Dead Space and to my surprise they never got old on me.

As I mentioned earlier this demo was a representation of the Zero-G gameplay mechanics in the game. The controls have been modified in the sequel for the Zero-G sections, so now if Issac wants to jump towards a wall/ceiling he can just you use his thrusters or the direction buttons. Zero-G sections were a ton of fun in the original but the controls back then were a bit wayward. I am glad that Visceral games have rectified this issue. 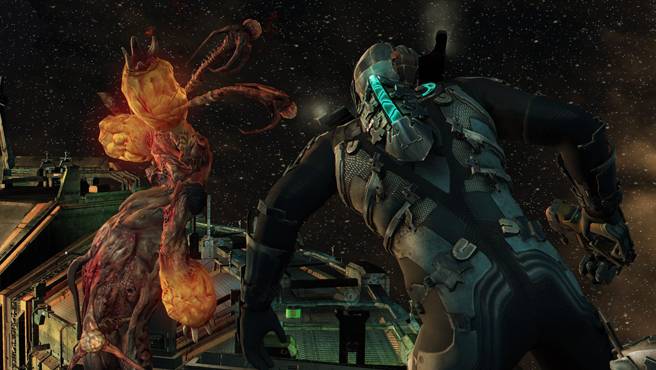 The fight with this "dude" made me go nuts!

After solving the puzzle in one of the rooms, Zero G was activated and much to my bad fortune I was attacked all of a sudden by a huge necromorph. After hitting the necrpomoprh at his weak points, the events that take place after a bit of slicing and dicing with the alien leads to a series of scripted events where Issac  is literally thrown out of Ishimura and the battle now takes place in Zero Gravity. The demo ends here.

I also had a chat with Christopher Ng, General Manager for Electronic Arts Asia Pacific Pvt Ltd and he confirmed to me that some of the game play will actually take place on Land which means Issac will not remain stuck in Ishimura as was the case with Dead Space.

After playing the demo for a good 20 odd minutes I was left wanting for more. Stay tuned with GamingBolt for more content related to Dead Space 2.