Dead Space was a game that can never be forgotten. The haunting halls of Ishamura, the shrieks and wails of the infected sounding far off in the distance, the gnawing tension, the biting atmosphere… it all came together to deliver a package like no other. And while Dead Space had its own fair share of flaws, like the unimaginative missions, or the somewhat repetitive gameplay structure, or the unpolished waypoint system, it remains till date one of the best games to have been released this generation.

With Dead Space 2 coming out, everyone is talking about the same thing- how can Visceral possibly possibly outdo their last survival horror outing? Will they just fix the errors of the first game and give build another game on the already solid foundation of Dead Space 1? Or will they completely overhaul the system, the feel and the theme of the series, and alter the game in such a way that it not only looks to build upon the flaws of the original, but also make Dead Space 2 an innovative and memorable title?

Read on, and find out what we think so far of Visceral’s upcoming project, and what direction we think the series will take.

They’re All Gonna Burn For What They Did To You

Isaac Clarke survived the haunted Ishamura, and by the looks of it, he also survived the attack by the Nicole look-alike Necromorph. And he’s now crazy, thanks to The Maker. No, literally, he’s crazy- he has Dementia. His mind is gone. The Necromorphs have made his mind go haywire, and apparently, he is having some strange visions inside his head. And this mental sickness is permanent, and will apparently have an effect (or many) on Isaac all throughout the game.

If you watch the trailer given above, you’ll see that there is someone talking to Clarke in what seems to be a hospital. And in the first trailer given in the article, the same voice is giving the background on what happened in the original Dead Space, and how Isaac ended up in this hospital.

This person talks to the protagonist in the second trailer, and says “Isaac, they’re all gonna burn for what they did to you.” Does this mean that the central theme of Dead Space 2 is going to be revenge? Will Clarke hunt down his enemies until they’re all dead, with fires of reprisal burning inside him? Or will he try and stop the Necromorph threat selflessly, so that he can try and defend humanity from imminent doom? 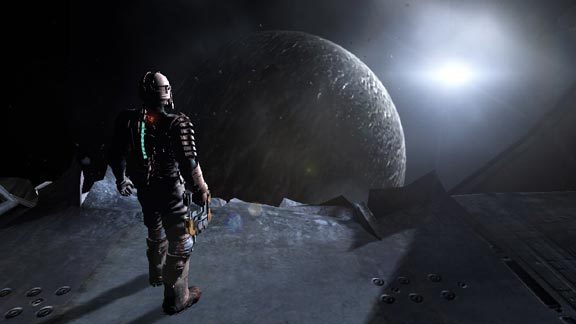 There’s another possibility that the person might act like a mentor, or maybe an instigator, to Isaac throughout our adventures in Dead Space 2. And seeing as Isaac is now mentally unstable (to be polite), he definitely would need some help constantly, especially for a task as monumental as… well, as saving the entire Human race.

I watched that video for four minutes, and I thought to myself: “That’s too scary, I can’t watch anymore.” Well, I did watch the entire footage, and man, Dead Space 2 looks every bit as awesome as we could have expected. The winding hallways, the narrow passages, the background clanks and our own thumping footsteps- the game seems to be extremely atmospheric and spooky. So much so, that even if there were no Necromorphs in the entire game, it would still be one of the scariest games ever… albeit a bit boring.

But can Dead Space 2 be even scarier than the original Dead Space? We’re thinking- yes. How, though? Dead Space has been touted as the scariest, most atmospheric game in a long time, if not ever, by a lot of people. How can Dead Space 2 overcome something like that?

Well, one major factor that can make this happen is the fact that Dead Space 2 is not set on just a huge single ship, like in Dead Space. It’s set in a whole frigging space station. A space station, do you hear? But… what does that have to do with the “scarier that Dead Space” thing, you say? I’ll tell you.

The space station, called The Sprawl, will be much bigger in size than the Ishamura. A lot bigger, meaning it will have more corridors, rooms, narrow passages, hallways, and other types of different rooms/areas.  This means that there will be even louder, and more eerie screams and wails in the backgrounds. And more turns where you don’t know what to expect round the corner. 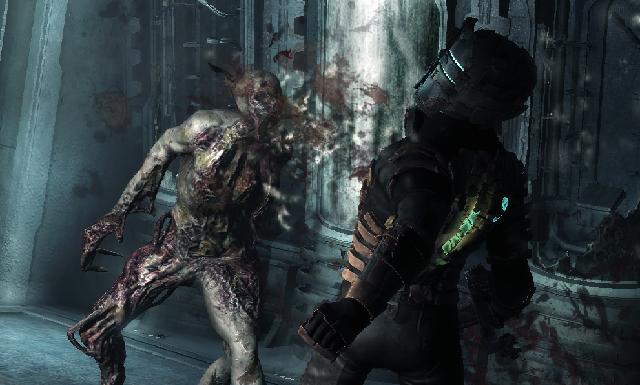 This will also amount to a more atmospheric experience. And while these thrills might not be the conventional scary thrills you would expect- in your face, brash, cheap thrills- they will still have you on the edge of your seat. You know why? Because Dead Space 2 will not just play with your skills. It will play with your mind.

An all new feature being introduced to the Dead Space series with Dead Space 2 is the multiplayer component. Recently, a multiplayer beta was released, which pit a group of four humans against a group of four Necromorphs. The group of Humans is given a specific objective they have to complete, and the Necromorphs have to stop them from doing so, with each of the players having their own different abilities.

So far, the reactions to the aforementioned beta haven’t been very flattering. People- critics and other beta testers- have been saying that the multiplayer mode seems more like an afterthought- just a mode tagged on to sell more copies of the game, to make it look more deep. What we get, instead, is a half-assed multiplayer experience. Of course, this can be fixed, since we have not seen much of the multiplayer yet. The addition of more thoughtful and innovative modes and some really creative maps can help shape up an awesome multiplayer experience. 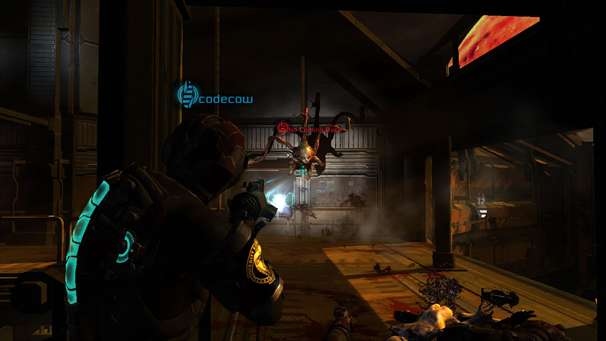 However, even if the multiplayer mode does get fixed, it will be against the very spirit and the very feel of the game. Dead Space has always been about isolation. Dead Space was so scary because of how it made you feel isolated, so alone, so cut-off from everything. The feeling that you were all alone aboard the ship that was crawling with haunting zombie-like things made Dead Space so atmospheric, so scary. The very soul of the game will be destroyed with the multiplayer component.

Just how good will Dead Space 2 be? Will it be as good as Dead Space? Or will it be better? Or will it totally disappoint all the fans of the original game, and turn out to be an unoriginal and unpolished game, that is but a patch on the original? From what we have seen till now, the game, other than the multiplayer component, looks pretty impressive, and all set to outdo its predecessor. But we have to wait for a few more weeks before we finally get our hands on Dead Space 2.

Until then, tell us via your comments what you think of Dead Space 2 so far.