Dead Space 3 could be an FPS and probably runs on FrostBite 2.0 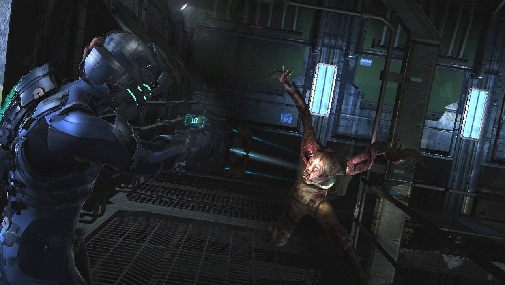 Some new rumours about Dead Space 3 have surfaced, bringing some pretty surprising information to the fore that might just be true.

A recent job listing suggest that Visceral Games, developers of the Dead Space franchise, is looking to hire new people to work on “an .exciting IP “, which is, most probably, Dead Space. This is “a major opportunity to contribute creatively to an exciting IP” for whoever joins the team, says the job ad.

The person who gets selected “must be an avid FPS gamer” with “previous experience as a Multiplayer Level Designer on shipped shooter/action titles”.

“Bbelievable real world multiplayer level designs”, “some artistic background, formal or otherwise”, “strong verbal and written communication skills” and “ability to work in a mature fashion with a high-performance team” are a few of the things Visceral is looking for in an ideal candidate.

Dead Space did focus a lot on multiplayer with Dead Space 2, and there have been previous rumours suggesting that a Dead Space FPS might be on its way, so this seems very believable.

DICE rendering architect Johan Andersson tweeted a little while back: “”Flying off to Canada & the US to visit a whole bunch of Frostbite-powered EA studios before GDC. First stop: Montreal.”

So, the evidence is piling up. We’ll probably be seeing an announcement very soon, maybe at GDC. Stay tuned.