The developers behind the upcoming Dead Space remake talk about the small changes made to the game's storytelling to make it feel more modern. 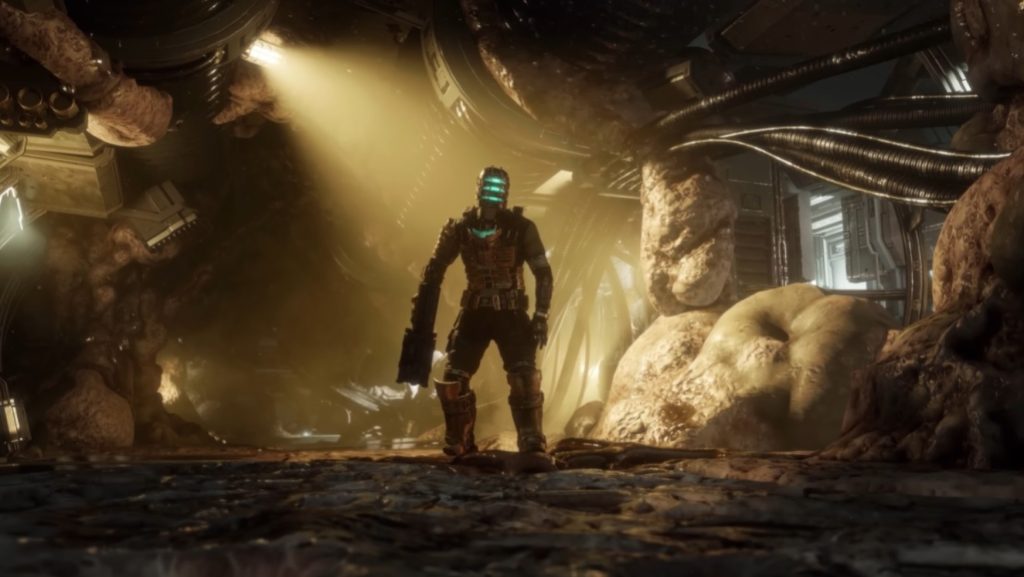 In a new video, Dead Space remake developer EA Motive details some of the changes made to the upcoming horror game’s story. The video, part of IGN’s coverage of Dead Space, features senior writer Jo Berry, environment artist Taylor Kingston, and art director Mike Yazijian as they talk about the minor changes made to the game’s narratives.

In general, the Dead Space story has seen a similar kind of update as the rest of the classic horror game’s features have for the upcoming remake. The biggest change, and one most likely to be noticed by players, is that protagonist Isaac Clarke can now talk. Clarke spent the original game as a silent protagonist. Berry talks about how this came out of a desire to explore Clarke’s reactions to the events of the game.

“There was a lot of looking at Dead Space 2,” says Berry, “and looking at key scenes. ‘How does he react in this moment? What’s his sense of humor like? How does he react under pressure verbally? What’s his speech pattern like?’ […] And it was just trying to get that personality correct. Trying to make sure that he feels like Isaac, he doesn’t feel like another character. You always just want to have a player character who you want to be, so Isaac is this very smart, savvy guy who’s got empathy for the people around him. He’s got salty language and he’s pretty fun to write actually.”

The studio also took the chance to improve the storytelling in Dead Space for various aspects like the church of Unitology. The remake brings up the church much earlier in its narrative, making its involvement with the rest of the game make more sense.

Another, much smaller change, is the fate of Chen, who didn’t have much of a role in the original game aside from dying early on to help set the general mood, now serves as a more personal connection between the crew and the Necromorph threat.

“The transformation of Chen makes the Necromorph transition very personal to the crew,” Berry says. “It means that Necromorph is very personal to Hammond […] So all of this is in the original game, it’s just trying to find those moments and polishing them, just bringing them out just a little bit more. And that’s really all it is, because again all of these seeds are there, it’s just helping them flower.”

Kingston, having worked as an environment artist on the Dead Space remake, talks about how visuals help improve the game’s storytelling.

“A lot of the original design of the game took a lot of themes from gothic motifs, gothic architecture, as well as a lot of repeated skeletal structure,” says Kingston. “So that’s where you see the repeated ribbing across the entire thing. That was meant to evoke a bit of a feeling of being inside of a creature, of a skeleton. The Ishimura itself is frequently referred to as a living entity, as though it’s some being that you are inside, and that the Ishimura is sick, and it’s dying, and that’s what you are partially there to try and help.”

Yazijian talks about how current hardware helps bring the visual storytelling of Dead Space up to another level thanks to the high level of fidelity that’s now possible. An example given by Yazijian is Nicole’s office, which now features more props and items that serve to tell you more about Nicole’s character. The trio also talk about current high-resolution displays allowing players to read text in the game.

“At one point I worked with our artists, they were like, ‘We have all these papers for The Marker about Unitology, and in the original you can’t read them because they’re too low res at this point. What text do you want on here?’,” says Berry. “And it’s trying to think about that because people have got 4K monitors and high res stuff, they can read all this stuff. So I was trying to make sure that when there’s text you can read it makes sense and figures in there.”

Dead Space is coming to PC, PS5, and Xbox Series X/S on January 27.