In a city where crime has ruptured its well being, detective Jack Slate and his father are taking names by the book. The police have never been more low tolerance of crime and have resorted to shooting now and asking questions later. Jack Slate has a good upbringing by his lawfully good father who has taught him the ways of old school police work. When Jack finds his father murdered on a crime scene he takes it upon himself to go to the streets in search of the man who has slain his up-bringer. Jack finds his way into a mess of characters and events that have a Max Payne feel to them.

I had to read up a little bit on Dead to Rights before I played it as I was unsure what it even was. Flying under the radar is one thing but even though I knew about the original, I had no idea the remake even existed. It is indeed a remake of the original Dead to Rights, yet because the original was given such poor reviews; it was cleverly renamed Dead to Rights: Retribution. There hasn’t been much improvement on the games reviews as many people are still unsatisfied with the new title. Personally I don’t see what all the grief is about as I found it to be fun, simple, and over all decent looking. I don’t even have many issues except a small amount of repetitive objectives. 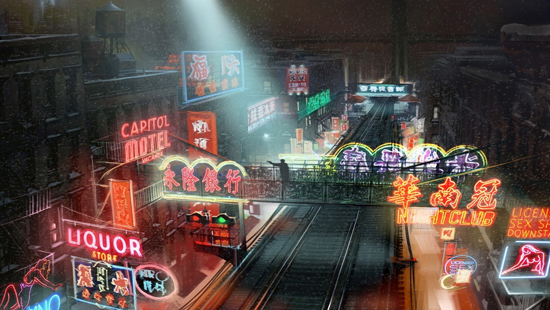 Dead to Rights is one of the more straight forward games I have played but it can be very challenging at times. The story is some what cookie cutter for cop drama games, but the vocal acting and screen play are good enough to keep it interesting. The twists and turns in the story are sadly very predicable. There are some good spots in the story, but most of the main events could have been written by a 10 year old. A lot of the objects are basically standard for action games. There are the, “hold off the never ending flow of enemy missions”, and the always annoying, “Protect this damsel in distress” missions.

There have been a lot of complaints that Dead to Rights: Retribution ripped off the bullet time idea from Max Payne. I think that if this was an attempt at stealing the idea it was done in the most watered fashion imaginable. Bullet time has no trade mark and I think that Max Payne did it the best, and with about the ability to jump around or dive and shoot in bullet time doesn’t seem like stealing the idea to me. The use of bullet time in Dead to Rights is very useful and a great feature for taking out multiple enemies. 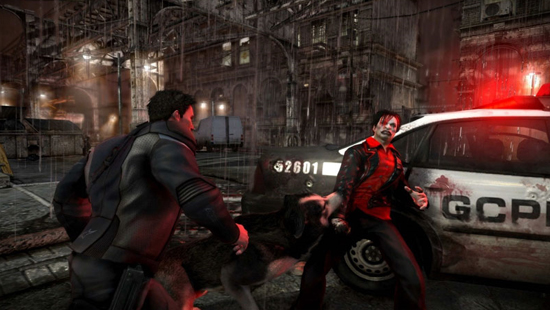 There are different clans or groups of enemies for every stage as the story progresses. You start fighting the typical Asian influence street thugs and move your way up to the government take over group known as G.A.C. Each of these clans has the same classes which are like scouts, heavies, melee fighters, and tanks in the later stages. There is an issue with enemy models as all classes look the same. Which if they where all in uniform would be alright but some of them are not and this makes the integrity drop a little for me.

There is a large range of weapons to choose from and you are currently unlocking new guns. Ammo is nothing to be wasted, as you will not find it to always be available though they do make sure you have weapons for bosses. When you run out of ammo with a weapon instead of holding on to it for new set of magazines, you simply throw to the ground.  Fist fighting is nothing to be taken lightly as it is very commonly used and quite a great system for gaining new weapons by disarming enemies.

The hand to hand combat may be one of Dead to Rights greatest features. It is set up for fighting multiple enemies at once. The fist fighting is accompanied by user triggered kill scenes. Instead of just beating your enemy to a bloody pulp, and trust me there is plenty of gore and violence in here you can, when available, select a kill scene. These are decent and add a little something extra to the fighting.  When you have weapons and you trigger a kill scene they get even better. Some of them are quite grueling and the use of guns makes them totally awesome.

There is no online play for Dead to Rights, which isn’t a big let down because I don’t think the game has a smooth enough flow to be played online any way. There are a few cool unlocks but nothing that is terribly interesting. You can unlock all types of concept are and development videos. There are ways to challenge yourself out side of the story, like collecting badges scattered around the levels, and you are rated on how well you complete missions from bronze to gold medals.

There is a large amount of violence and profanity. I don’t have an issue with blood and guts and F bombs, but there is something that bugs me when it’s over used. The profanity in Dead to Rights is just that, over used. It can be tasteful at times for the use of capturing the severity of the situation. Sometimes when there is so much cursing, it loses its touch and id rather just not deal with hearing it. Aside from that, it’s got a lot of good writing and voice acting. 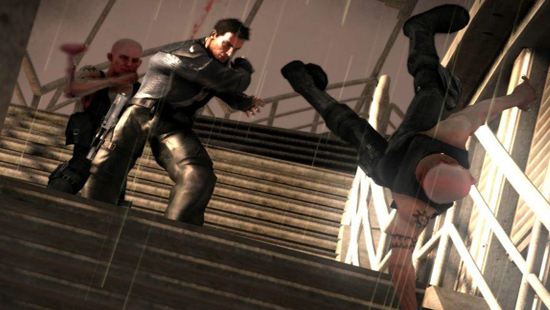 Aside from playing as Jack Slate, players also get to use Jacks K-9 Counterpart known as Shadow.  Shadow is used through out the games for menial tasks like fetching keys.  In fact the only reason you ever get to control Shadow is for the purposes of fetching and protecting Jack, when you actually do get to attack people manually with Shadow its very fun. You get to sneak around and tear people’s throats out.  There are certain areas that Shadow likes to go for near the crotch region, but I don’t like to relive those experiences.

There are some good moments in the game play but for the most part is fairly the same from start to finish. When you’re not finding new weapons and running around as Shadow the game play is the same basic concept of using cover and ammo efficiently.  There are some issues with getting cover, the engine isn’t always sure if you would like to sprint or hide behind something so you will get stuck behind cover on accident at least once.

As far as this game goes for buying, I might have to ask you to save your money. If you see it in a bargain big somewhere than it would be worth it. It’s definitely a rent and should be played if you are into cop drama games. This will not satisfy your urges while waiting for Max Payne 3 to come out. If your looking for a solid shooter games with a little something extra than Dead to Rights: Retribution is for you. Over all there isn’t a lot to be said about it, a mediocre shoot em’ up with some cheap thrills here and there.

Dead to Rights provides a decent amount of shoot em' up action. Playing as Shadow is a great experience and the game is visually acceptable.

The lack of original content takes Dead to Rights from a decent game to standard for cookie cutter stories. The game play can be fairly repetitive.

Final Verdict:
GOOD
Dead to Rights is a futuristic cop drama that brings an old school cop attitude to a distraught city where violence has become not only acceptable but necessary for survival.
A copy of this game was provided by Developer/Publisher/Distributor/PR Agency for review purposes. Click here to know more about our Reviews Policy.