Defiance Wiki: Everything you need to know about the game

All the information you may need about Defiance. 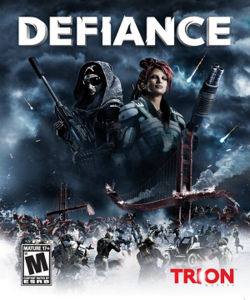 Defiance is an MMO that was released on consoles and PC.

It’s made by Trion Worlds as a tie in with the Syfy series Defiance. The game was released on April 2nd, 2013.

Namco Bandai distributed the game on the PS3, Xbox 360 and PC. [reference]

“We’re delighted to be working with Namco Bandai, a great company with a proven track record in bringing big games successfully to the market thanks to their great distribution network and excellent relationship with retailers,” said Keri Taylor, Director of Sales, Trion Worlds.

The game combines the intense action of a console third-person shooter, with the persistence, scale, and customization of an MMO (Massively Multiplayer Online game), while its TV counterpart exudes the scope, story, and drama of a classic sci-fi epic.

After enjoying acceptable sales, the game saw a fairly rapid decline in players, because of this the games business model was changed and Defiance went free to play on June 4th 2014.

Defiance is being developed in conjunction with the sci-fi TV series set to premier on SyFy.

As Richardsson states, “Trion is an incredibly dynamic company and is already leading a revolution in the online gaming space. Defiance is the future of entertainment, and the collaboration between Trion and Syfy means you have two powerhouses blazing a trail that will fundamentally change the way both gamers and viewers consume entertainment. It’s amazingly ambitious and exactly the kind of immense challenge that I’ve been looking for.”

His responsibilities entail collaborating between the Trion development team and SyFy, guiding the overall creative direction of the game through launch. With more than a decade of experience, he’ll be sure to lead Defiance on the right path. 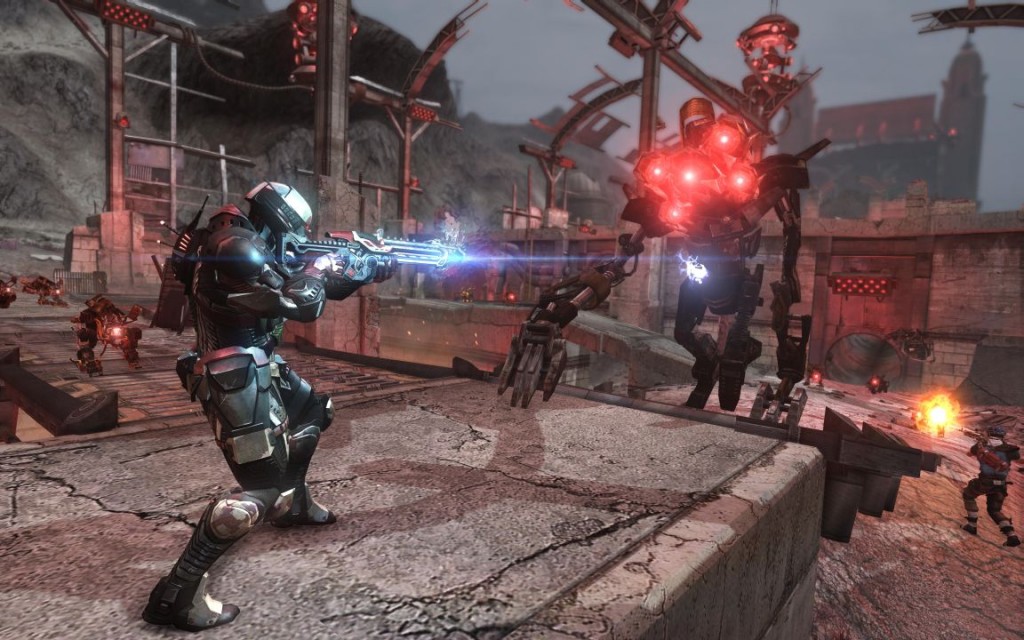 We also interview Nathan and you can read that here. [reference]

He revealed that Borderlands was definitely an inspiration for the game.

“Borderlands and other open world games are definitely inspirations, it gives a lot of freedom and enables us to seamlessly go through very different types of gameplay, ranging from the single-player experience, into competitive multiplayer, like our Shadow Wars to the massive co-op boss battles like the Ark Falls,” he told us.

“Character progression is very free-form, there are no classes, you define those yourself from various abilities you gain over time. You then essentially create various builds you switch between while playing. Character customization is part of this progression as well, where we’re closer to a shooter than an RPG but leveraging that we’re an online game so we’re constantly expanding the possibilities,” Richardson told us.

“Looking at weapon customization first, we have about 14 types that span over traditional bullet weapons and explosive weapons to the more alien infectors and BMGs. Each of these can then individually be modified with up to 4 different weapon mods to better suit your play style.

“These are then be combined with your own loadouts or “classes” mentioned earlier, where you have a combination of active and passive abilities which are grouped under what we call, your “EGO”. You gather EGO points through various means which allows you to expand upon these abilities, allowing you more breadth of loadouts you can switch between while playing. It’s that marrying of player skill, player abilities and customization in an open world, where everything you gain, is applicable and usable both against NPCs as well as other players.”

The Season Pass grants players access to the first 5 DLC Packs which are in the pipeline. The Pass is available for  $39.99, 20% lesser than buying each DLC pack individually. [reference]

There will be new playable alien species, new weapons and vehicles, missions, and rewards, plus two bonus items, an exclusive digital Hellbug combat cap and a Lock Box.

Here are some Defiance screenshots [reference]