One of the biggest RPG’s this generation is non other than the game that will make you throw the controller at your TV while still having a blast, Demon’s Souls, which was released in Japan and later on in the U.S. is now (finally) making its way to the PAL region.

First caught on the Germany’s USK rating board, and later on confirmed by Namco Bandai, Demon’s Souls is coming to Europe, and Namco wiil “make a full announcement tomorrow.” 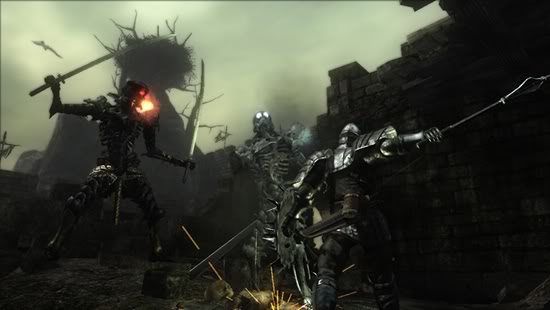 Finally European players (who for some reason didn’t want to import it) can get their hands on their PAL copy of the highly acclaimed Demon’s Souls.