Demonschool takes inspiration from RPG classics alongside Italian horror movies from the 60s and 70s to produce an irreverent sense of style alongside its tactical combat. 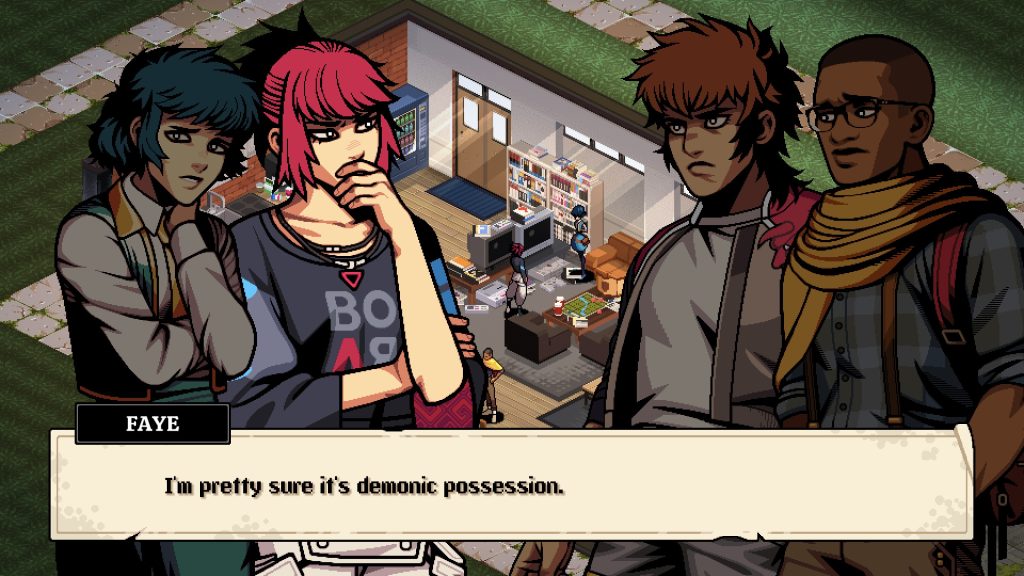 Demonschool is a new tactical RPG that takes quite a bit of inspiration from the Shin Megami Tensei series, its Persona spin-offs, and Italian horror cinema. Demonschool was unveiled during the PC Gaming Show with a trailer. It is set for release in 2023.

Demonschool revolves around Faye, Destin, Namako, and Knute, with each character having their own quirks, personalities, and combat styles.

The game’s combat system seems inspired by classics like Persona 2 and Radiant Historia. Players will get to decide on all of their characters’ moves in one go, executing all of the moves together to create combos. According to the Steam description, buffing allies and debuffing enemies will also play a key role in the combat.

Demonschool takes heavy inspiration from Italian horror film from the 60s and 70s with strange visuals and a funky bassline. This lends Demonschool a tone better described as irreverent rather than outright scary.