Derrick the Deathfin creator in massive debt, under 5k copies sold on PSN

Support the developer if you want.

Posted By Kartik Mudgal | On 13th, Nov. 2012 Under News | Follow This Author @KartikMdgl 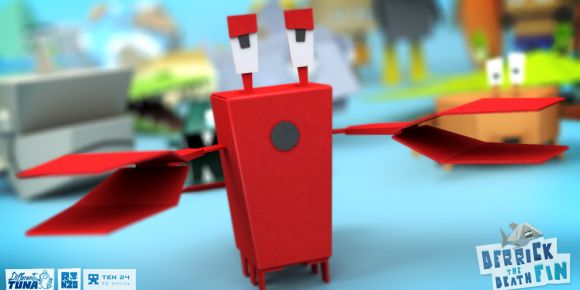 PSN can sometimes be a bad place for aspiring Indie developers looking to make a quick buck. Mainly due to non-existent advertising and other factors like uninterested user base. However, Derrick the Deathfin maker tried his best and was optimistic he would at least make some money back on PSN.

He had taken a big loan and had racked up a debt of $63000 and surprisingly the sales were very poor with under 5k copies sold. Even if you take $15 a piece, it’s still low considering you have to pay fees to Sony and other things that will no doubt reduce the money you can make.

“It’s entirely possible, or indeed by the looks of things at the moment 100 per cent probable, that sales will never amount to enough to pay back even a quarter of my personal debts,” he told Kotaku.

“Sony have been very supportive throughout the process of completing and promoting the game. They loved the concept from the first time we pitched it to them and they have been to very easy to work with since then. The publishing and promoting is on our shoulders though, as we can’t afford to pay anybody professional, ha!”

There have been a lot of games that have found success on PSN, but this game’s poor performance could be because of lack of exposure and a weird name that doesn’t really attract people.

Tagged With: Derrick the Deathfin, PSN