In addition to PC, the 1995 first person shooter’s reboot will be launching on current-gen consoles. 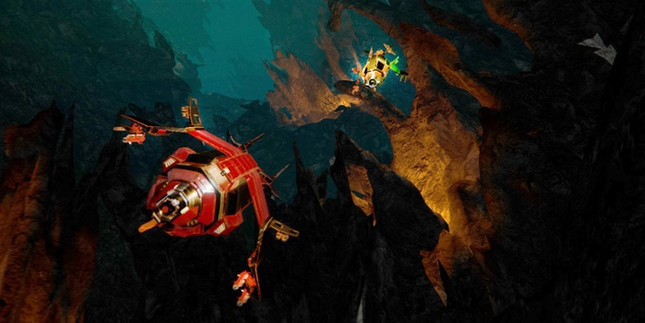 Descent, the crowdfunded prequel/reboot to the classic Interplay first person shooter franchise, was announced back in 2014 as a PC title, while later on in 2017, developers Descendent Studios signed a distribution deal with Little Orbit to be able to bring the game to the PS4 and Xbox One as well.

Now, as per a new, short gameplay teaser, Descent will be launching on the Nintendo Switch as well. The teaser is just 30 seconds long, so there isn’t too much to look at, but we do get some glimpses of its underground, atmospheric environments, as well as a few shooting sections. Right at the end, the teaser also shows the symbols of all the platforms it’s launching on, where you can also see the Nintendo Switch logo.

A release date hasn’t been mentioned, sadly, with the words “Coming Soon” being all we get in this latest trailer- although the game’s name in the video’s title is mentioned as “Descent (2019)”. So perhaps that holds some meaning. You can take a look at the teaser below.