A complete guide for The Last Wish raid in Destiny 2: Forsaken. 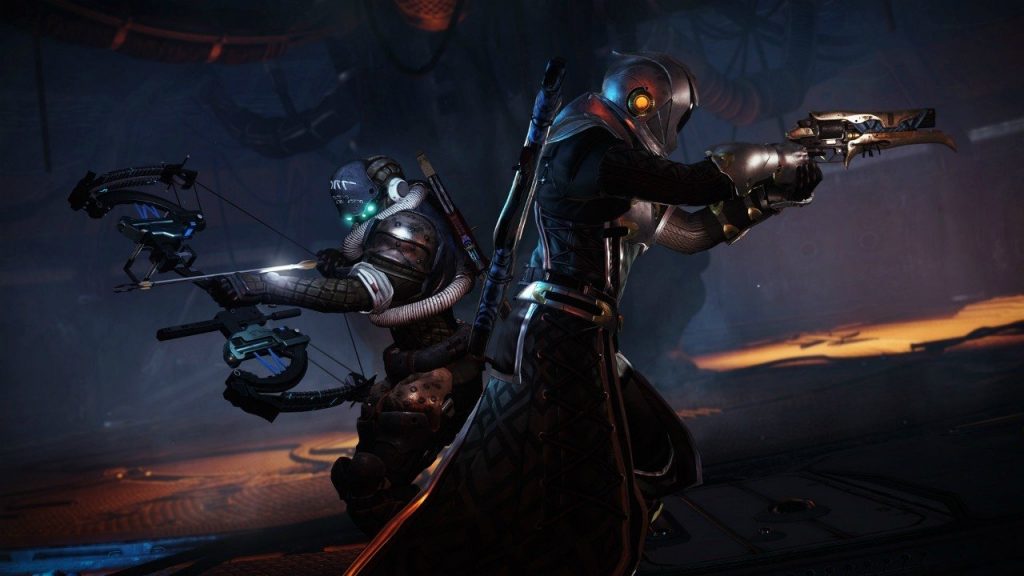 Destiny 2’s Forsaken expansion came out some time ago , and we had posted our guide  for  it. The Last Wish raid for this expansion became available a few days ago, and it can be quite challenging to complete.  If you need any help at all in finishing this raid,  then this guide is here to help you out.

To even attempt the raid, you will need to be at a power level  of 550 which is no joke. It’s going to take quite a bit of work to get there but this will section will tell you the best way to go about power leveling in preparation for this raid.

The first thing you should  focus on is finishing the main story missions of the expansion as this is the quickest way to get some levels. You will also get a lot of new gear which is going come in handy. This  will allow you to get to level 50 and to and power level of 500, but to get past this  point, you will need to undertake some more challenging missions available.

Do The Daily And Weekly Bounties

Although the Daily and Weekly Bounties didn’t play a big role in the base game, they’re a very important part of the expansion. The NPCs will offer these bounties and most of these are pretty easy, but they’re worth doing for the rewards that you get. What you really have to pay attention to are the high profile bounties that come once a week and are handed out by Spider and Petra. Petra will hand out bounties at Dreaming City  that will hand you some complex tasks to deal with around the area. Spider will hand you bounties where you will have to deal with escapees from  the Prison of Elders.  Make sure you do these bounties because it’s a great way to gain some progress.

Get Prime And Powerful Engrams

As you complete some of the more challenging bounties that we’ve already mentioned, you will be able to get the new rewards which are Powerful Engrams and Prime Engrams and these will contain Legendary and Exotic gear. To open Prime Engrams, you will need the aid of Cryptarch Master Rahool. To get the Prime Engram, you will need Prime Attunement which is a buff that will be available once a day. If you don’t take advantage of the buff on that day, the effects will stack to the following day. Once you have the Attunement, you will be able to receive the Engram as a drop from powerful enemies in Strikes, Heroic events,after Crucible Matches, and other events.

Before you head out to battle some touch enemies, make sure you get the Attunement so that you can receive the Prime Engram as a reward. The best ways to farm Prime Engrams currently is to complete Lost Sectors in the Dreaming City  and you can also farm in the Lost Sector in The Strand and The Chamber of Starlight.

Also, remember to save all of these Engrams you get until you reach Power Level 500 as they are only required to go beyond this Power Level in the first place.

You will be able to see in the director menu all of the activities across game modes that will offer Powerful Engrams. Make sure you complete these to get to a high Power Level. Apart from this, make sure you complete clan bounties and all of the various milestone challenges available. Keep up with the grind and you’ll eventually be able to level up enough to get ready for the raid.

Get To The Dreaming City

The Dreaming City is where you will be able to get Petra’s bounties. One of the tasks she gives you is the Ascendant challenge. Use the Tincture of Queensfoil to gain access to the hidden portals on the map. Go into these portals to get to the Ascendant Realm and there you will have to face off against powerful Taken and once you complete the challenge, you will be rewarded with a Powerful Engram.

In the Dreaming City, you will also be able to take part in the public event known as The Blind Well. In this event, you will have to fight waves of Scorn and Taken. By clearing this activity multiple times, you will be able to complete the Gateway Between Worlds pursuit which will reward you with an Offering.  Now all you have to do is take this item and go to the Spine of Keres area and then hand it over to the Oracle Engine to receive your reward.

Before even attempting to complete the raid, you should know that the first boss has a recommended Power Level of 560 and this requirement is increased by 5 with each consecutive boss that you fight with the final boss requiring a Power Level of 580. Of course, it is possible to still complete this raid even if at a lower Power Level than the stipulated requirement, but you better be ready for some tough battles ahead!

You should build your team carefully and prepare in advance for the challenge that lies ahead. Titans should stick to the Sentinel or Subreaker class as these have useful abilities to get rid of mobs. The Downblade Warlock is also an essential class to take along for this raid because of how useful Well of Radiance and Lunafaction Boots can be. Finally, the Nightstalker is also very useful thanks to the class’ tether and their ability to clear mobs.

At a lower Power Level, there is not much room to experiment when it comes to what weapons you can take along with you. The Sleeper Stimulant and Whisper of the Worm are great at dealing high amounts of damage, so you should consider equipping them.  The Ikelos Shotgun and the Badlander will both be effective to use for the Energy Slot. As for the Kinetic slot, just about any weapon will get the job done but some obvious contenders here are Midnight Coup and a Go Figure.

The first boss you will come across is Kali the Corrupted and the Power Level requirements here is 560.  The video below will show you how exactly you can defeat this boss.

The Power Level requirement  for Shuro Chi is 565 and you will be fighting the boss in 4 minute intervals and solving puzzles in between each interval. If you want to see how exactly you can defeat this boss, the video below will show you how it’s done.

Once you’re done with Shuro Chi, you will have to face Morgeth and the Power Level requirement here is 570. This can be quite a tough fight, but you can see how exactly to defeat him with the help of the video below.

After Morgeth, you will have to clear the vault and this can be a really challenging task. There’s going to be a lot of confusion during this section, but keep  communication with your teammates and you will eventually be able to beat it.  The video below will show you how exactly  to do it.

Riven Of A Thousand Voices

The final boss you will go up against is Riven of a Thousand Voices and the power level requirements here is 580. If you’ve made it this far, that’s a job well done. AS this is the  final boss in the raid, you know that this is not going to be an easy fight. The video below will show you how this boss can be defeated.