Head to head graphics comparison between the best versions of Destiny 2. 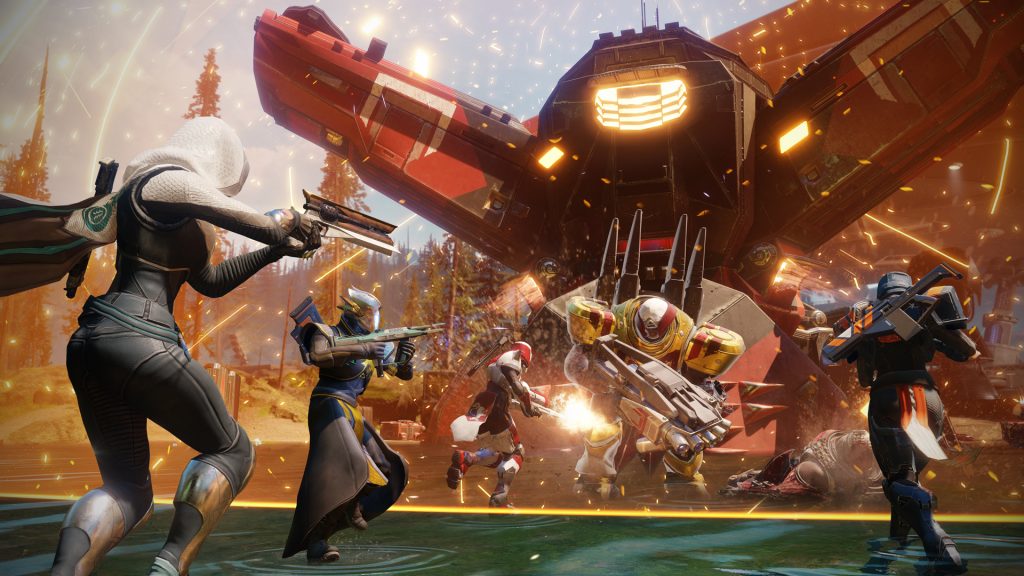 Much has been said and written about how Destiny 2 doesn’t run at 60fps on the PS4 and Xbox One, specially on the PS4 Pro given how it has a GPU that is twice as powerful as the base PS4. As we explained in our initial analysis, the reason why Destiny 2 doesn’t run at 60fps on the PS4 Pro is down to its archaic CPU. But now Destiny 2 in 60 frames per second is possible but for that you would need to shift your platform preference to PC. And to be honest what an amazing PC port it is.

The console versions were looked after by Bungie, however Activision decided to shift the PC version under Vicarious Visions. This turned out to be the perfect move by the big publisher as the PC port of Destiny 2 is by far the best version of the game. Let us take a look at the PC requirements first. The developer recommends an Intel 3.4 GHz Core i5-2400 or 3.5 GHz Core i5-7400 or AMD 3.6 GHz Ryzen R5 1600X, and Nvidia 4 GB GeForce GTX 970 or 6 GB GeForce GTX 1060 or AMD 8 GB Radeon R9 390 along with 8GB of memory. These are largely modest requirements. However in order to avoid any sort of bottlenecks, our test hardware consists of a NVIDIA GTX 1080Ti, 16GB of GDDR4 memory and a Ryzen 7 1700 CPU. This build should easily enable us to render the game at every setting maxed out.

Speaking of settings…the graphical settings of Destiny 2 are quite vast. You can change everything from Overall Graphics Quality, Texture Anisotropy, Ambient Oclusion, Motion Blur, Anti-Aliasing, Texture Quality, Foliage Detail, Environment Detail, Character Detail, Shadow Quality, Depth of Field, Foliage Shadows, Lighting Shading Detail, Local Light Shadows and Wind Impulse. There is the option to render the game at native 4K something that even the PS4 Pro cannot do (since it uses checkerboard 4K technique) and unlocked frame rates. Performance, as expected, was rock solid and we faced absolutely no troubles at all. Destiny 2 runs like a dream on the PC and it’s a testament that the developer gave the PC version more love and care than the console versions.

Speaking of console versions, it’s interesting to compare and see how close the PS4 Pro build comes to the PC version. Of course, frame rate is halved on consoles but from a quality standpoint, the PS4 Pro does look pretty decent overall. Core assets seems to be similar although foliage quality along with texture quality is higher on the PC. Even the jaggies which were apparent on distance objects such as fences on the PS4 Pro are almost completely gone on the PC thanks to a better AA solution. The PC version also benefits from better character detail and lighting shading detail making it stand head and shoulders above the PS4 Pro version.

Overall, the PC port of Destiny 2 is a winner. Should you have the hardware, you absolutely cannot go wrong with Destiny 2 on PC. Higher frame rates, better rendering resolutions, superior visual effects and graphical effects all make the PC version the best place to play Destiny 2 on. It will be interesting to see how the upcoming Xbox One X will stack up against the PC build but given that it will most likely run at 30fps, just like the PS4 Pro version, we perhaps know who is going to come out on top in that comparison.