The weekly refresh is now here. 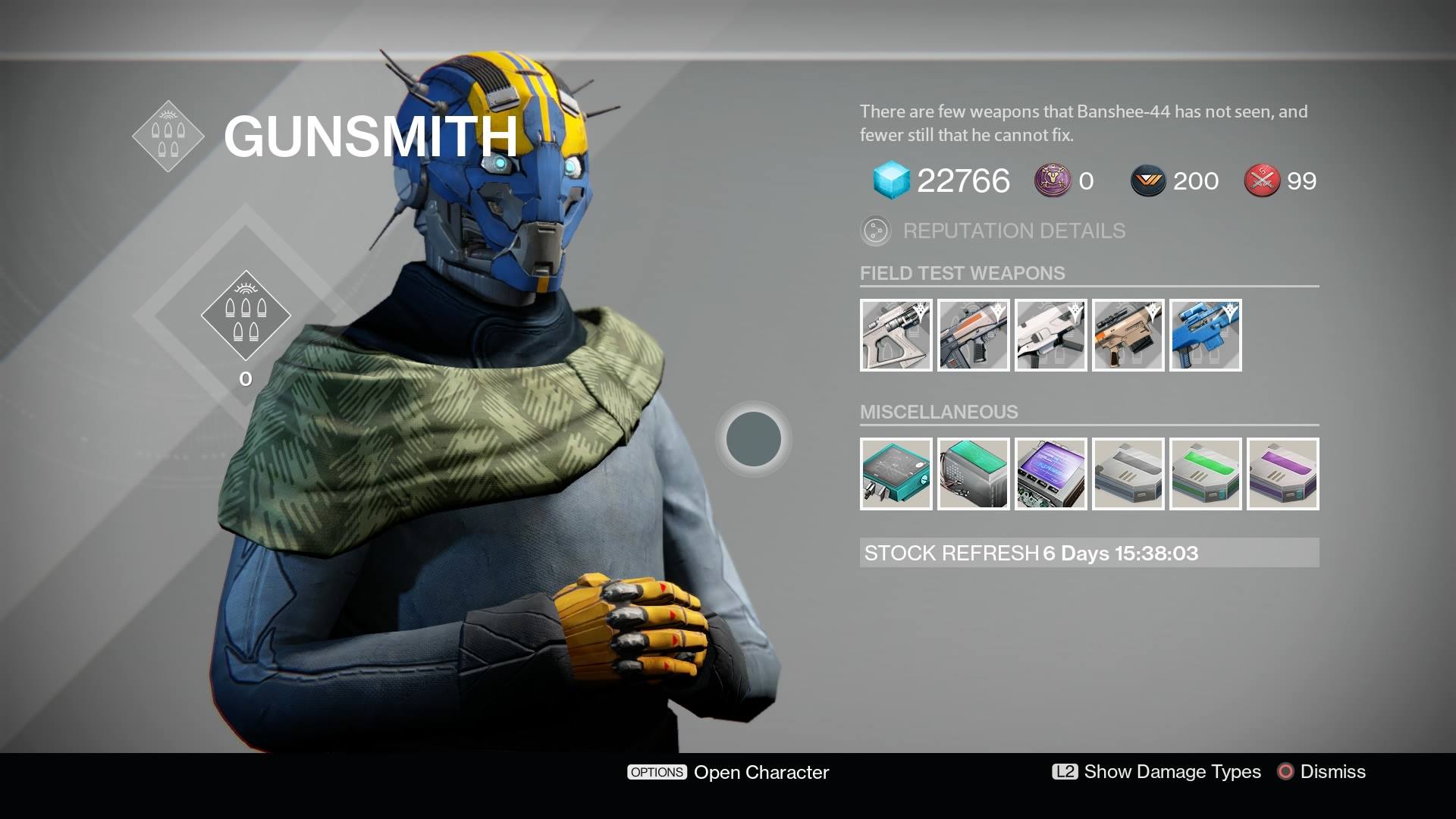 Destiny’s Tower’s gunsmith has restocked his inventory, and now has some new Legendary gear that you should look at. It’ll probably be helpful for high level play. This week’s Foundry Orders are now live, and as always, you need to be Rank 1 or higher to access them.

Each order placed with Armsday (the merchant in question) gives out a gun with random modifiers; that said, you won’t be able to pick this up until next week, so keep that in mind. Armsday also has some bounties, which you can pick up and complete. Doing so ups your reputation with him, meaning he’s likelier to let you pick and choose the modifier you want for your weapon.

This week’s bounties are:

And the Foundry Orders are: