New toys to play with! 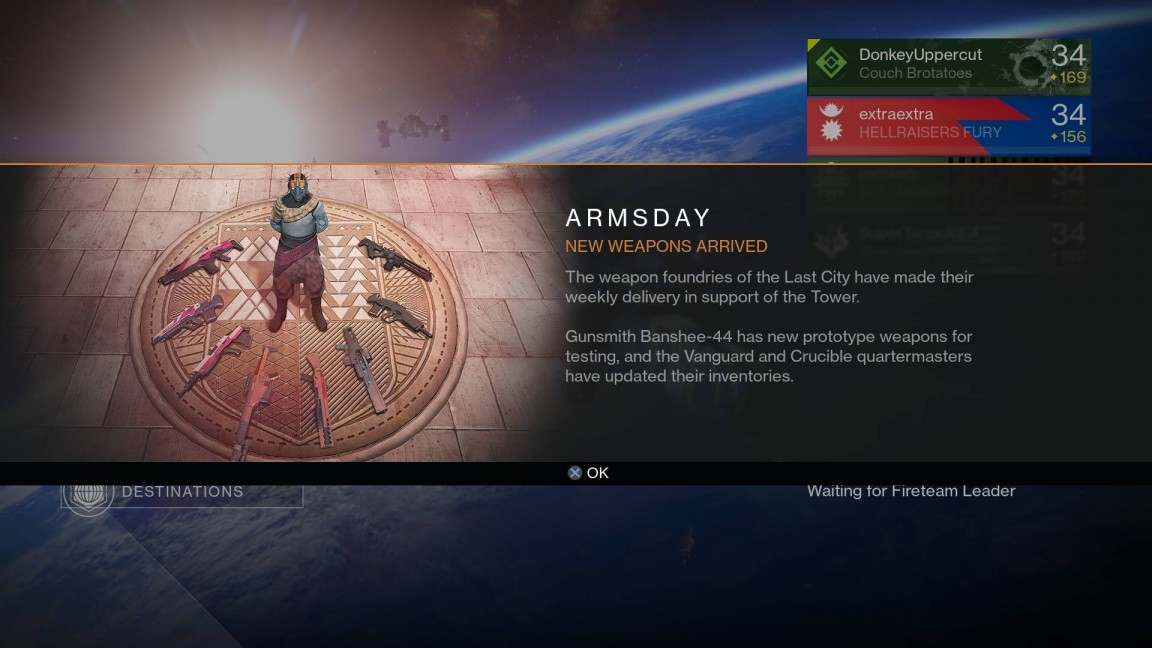 This week’s Armsday in Destiny is now in business, and it brings with it a whole host of new stuff for you to mess around with. Armsday lets you take on Bounties weekly to earn reputation as well as valuable and rare weapons in the process.

It’s a complicated process, but it’s another way to score some good loot. As with everything in Destiny, this is highly randomized, especially if you are Rank 1 (Rank 2 at least lets you pick a variation for the weapon that you order, though the pool from which you order is still random).

This week’s bounties are:

The Foundry weapons are: