And it certainly beats drawing armour for ten years. 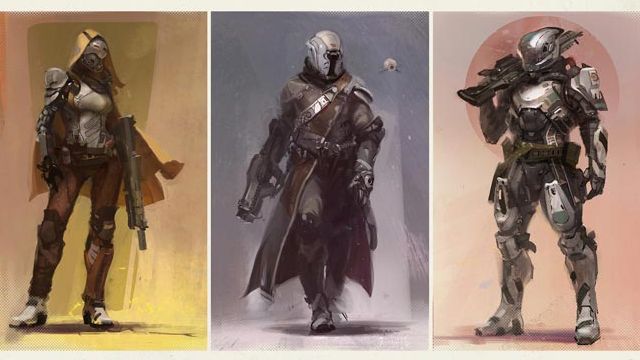 Bungie chose the style that it did with Destiny, which has been described as a mix of fantasy and science fiction, due to the freedom it provided in art direction and concept.

Speaking to OXM, Bungie design director Joseph Staten stated that “We thought of a good handful of other genres as well. We’ve had a pretty long pre-production period and we explored everything from straight-up fantasy to something a little bit more modern to many, many other things as well.”

“Ultimately we gravitated towards this mix of science fiction and fantasy because it gave us this freedom. You saw small things like the prevalence of cloth in the game, a lot of characters have capes or cloaks and the combatants have cloth as well.

“Fantasy brings us this texture that we can wrap around sci-fi, which is really appealing, especially if you’re an artist who’s just been stuck making straight up space armor for ten years. A bit of cloth is very refreshing.”

“[Technical director Chris Butcher] called it ‘mythic science fiction’ and I think that’s a great way to think about it.