New Downloadable Content will be available for Borderlands on November 24th, 2009 for the Xbox 360 and Playstation 3.  The DLC is entitled “The Zombie Island Of Doctor Ned” and will ofcourse involve zombies.  It will run you $9.99 on the Playstation Network or 800 Microsoft Points through the Xbox Marketplace.  The Zombie Island Of Doctor Ned will add around 6 hours of gameplay and will scale enemy levels with yours as long as you are at least level 10 or above. 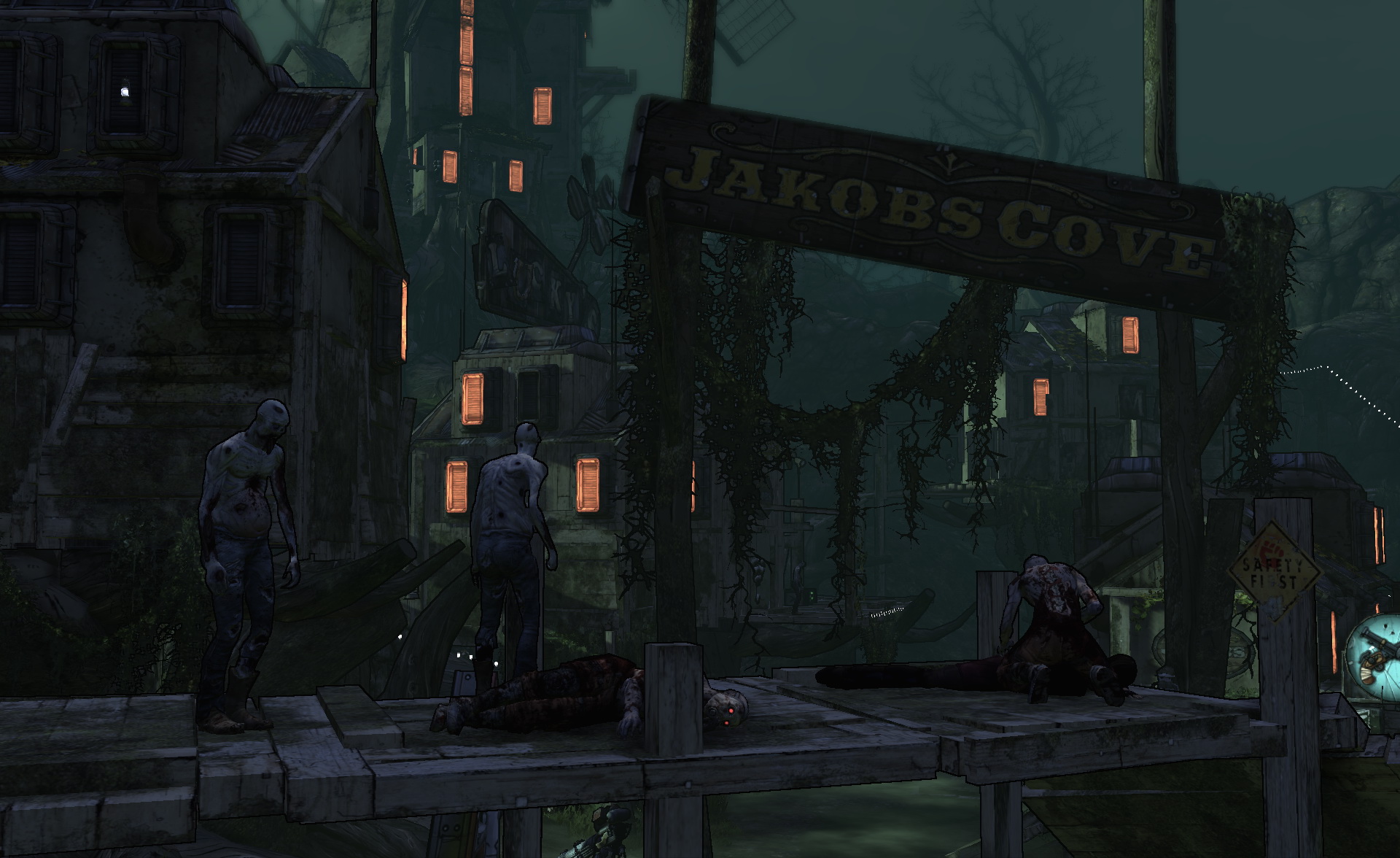 This DLC will obviously include new enemies and is set on Jakobs Island which is one of the Borderlands Gun Manufacturers.  Dr. Ned once worked for Jakobs until he started experimenting with with zombies and everything went wrong.  Enter you and your mercenary skills.  I’m sure more good loot is on the way with this DLC pack as well.