Insomniac Games, the developers behind PS3 exclusives such as Ratchet & Clank and Resistance are making their next game for both the PS3 and Xbox 360. 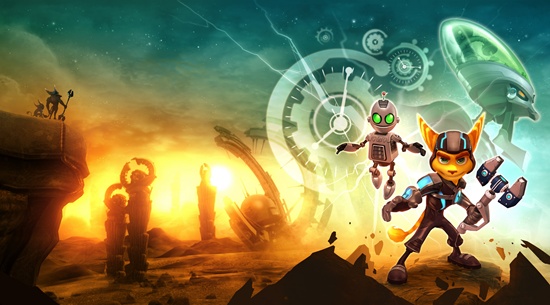 Insomniac made it clear it was not the end of the road for their coveted Sony exclusives. “There have been a lot of great reasons to make games for the Playstation,” said Ted Price, founder and CEO of Insomniac Games. “We have a wonderful relationship with Sony and will continue to work with them on Playstation titles.”

“We never wanted to limit ourselves,” Price said. “People are inspired here by having the opportunity to try new things. (Playstation 3 shooter) Resistance was a chance to branch out and we will continue to look for those opportunities.”

He continued, “We’ve never approached any of the games we make as one-offs, our goal is to create a franchise.”

And despite saying that Insomniac currently has “multiple teams working on multiple projects,” it was not specified what these projects are, and we are not likely to see evidence of them at E3 either.

Nevertheless, he piqued our interest by adding, “We are going to continue to support Ratchet and Resistance, I think (PS3 owners) will be happy with what we have coming.”

That remains to be seen! But we eagerly anticipate the developer’s next big project.