Diablo 3: Biting, Beating and Blacklisting the Hand That Feeds

Linux gamers (and everyone else) beware.

Playing Diablo 3 on Linux? Having a real fun time, until you suddenly find yourself banned for no particular reason? Well, them’s the breaks. And hey, it’s not like every single banning is targeted at you. So maybe if you appeal to Blizzard, they’ll help you. 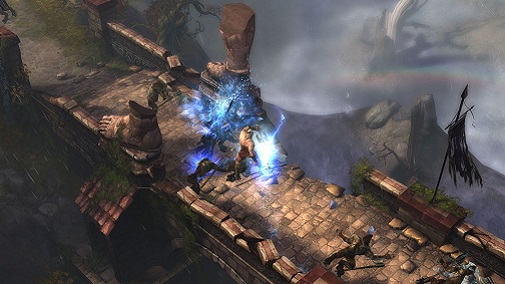 What’s that? You’ve tried several times, but haven’t gotten anything other than your complaint status being changed to “Resolved” and customer support responding with, “This penalty has been upheld”? Surely this is a major issue. Surely, there are people doing things about it. But if you check out Cinema Blend’s article, and find out that, as one Devon Mullane puts it, “There’s a lot of nonchalance over this situation because its being seen as Blizzard-hate instead of pro-consumerism”?

Then, well, by that point, you’ve got plenty of reason to worry.

Welcome to yet another edition of “The Gaming Industry Bites the Multiple Hands That Feed it, But Who Cares Because There’s More Where That Came From?” Essentially, players who have been running Diablo 3 on Linux have found themselves the victims of cheating accusations and subsequent bans. This is only one complaint in a venerable ocean of Diablo 3 rage.

Even after the day one launch issues of not being able to connect to Blizzard’s sever – and if you can’t connect, forget about the single-player quest – several problems remain boiling under the surface. Users losing money and oddly contacting the FBI in the process. Money disappearing and receiving bans in return with no explanations. And for those users who have complained – or at the very least asked for an explanation, or tried to share these problems online via Blizzard’s forums, have found themselves to be the target of censorship and banning. As of now, Blizzard has not responded to the problems, instead projecting an “Everything is fine” air of arrogance. As Mullane continues:

“Of course on the Blizzard side, they don’t really have to care. They got their sixty dollars for those they banned (more in some cases), and the people who are blissfully ignorant of the corporate **** being thrust into their, well, the RMAH is making them money so unless they suddenly get hit with a bunch of high profile lawsuits, they won’t even flinch.” 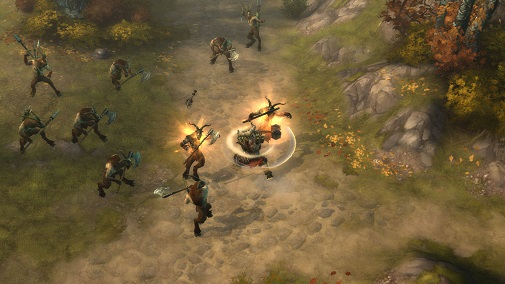 Then again, how many people actually have the guts to go up against Blizzard? It’s not about them having tons of money – it’s simply a case of the problems being viewed as happening to a small percentage of gamers, and hence not worth the fuss. Imagine if you were in a plum, influential position within a company, but several of your co-workers received little to no benefits and could do nothing to complain short of unionizing. Obviously your support would be invaluable, because the company doesn’t want to lose you or others like you. In the same way, unless the lion’s share of Diablo 3’s audience – the audience so casually dismissing these complaints as “Anti-Blizzard” and happily discussing their experiences of defeating Diablo – decide to stand with their fellow consumers, then Blizzard will continue thinking it can play hopscotch with consumers’ money and then covering their own backsides by censoring any bad press that may get out regarding “trolls” in their forums.

Is it too much to ask gamers to unionize? Is too much to try and form gamers’ rights groups so that they aren’t the victims of digital highway robbery? There are plenty of consumer rights groups to address grievances that people would have regarding faulty products and services. And if the gaming industry can have a ratings board, then why not this? Again, the onus falls on the gamers to take action. Because if there’s one thing malpractices do best, it’s starting small.