Diablo 3 team deathmatch not being release any time soon

But Deulling should be here soon enough. 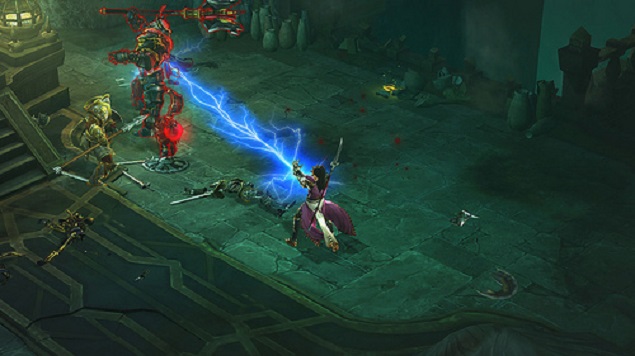 Blizzard has been working on team deathmatch for Diablo 3 for plenty of time now, and since the mode has been in development, the dev says it’s not quite “where we want it to be”, and so, as a result, they won’t be releasing it just yet.

One of the reasons Blizzard stated in its blog post was the lack of depth in the team deathmatch they’d been working on. “Simply fighting each other with no other objectives or choices to make gets old relatively quickly. We’ve brought a lot of people in to try out Team Deathmatch and, while some found it entertaining, most of our testers didn’t feel like it was something they’d want to do beyond a few hours.”

They also went on to talk about balancing issues with classes. “In a casual PvP mode, something equivalent to a WoW Battleground, this would be fine, but Team Deathmatch felt very hardcore, and it put a laser focus on class balance in a way that we didn’t think would be good for the game as a whole.”

Keeping these issues in mind, Blizzard has decided to go “back to the drawing board on a new replacement for Team Deathmatch.”

However, in other news, Deulling will be making its way to the game soon, with the new patch coming in after New Year.