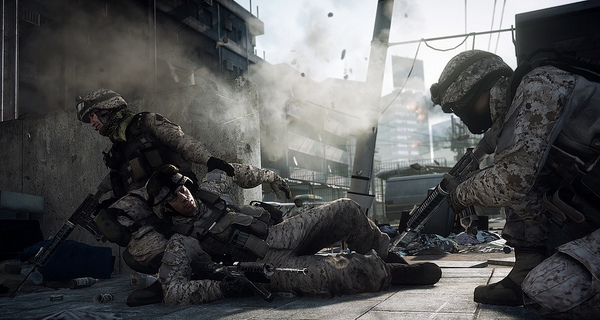 DICE has just said that you need an HDD on your Xbox 360 to enjoy the crispy visuals of Battlefield 3. Without installing the high-res texture pack, it is like a standard definition game on the Xbox 360.

Patrick Bach said these things to Gamerzines, “There’s nothing magic about it. It’s the same thing we do for PC and PS3, so there’s nothing extra.

“I think the controversy about this is that we actually let you do it on 360 for once. So what it does is it gives you the same abilities, kind of, as the PC and PS3. You can actually stream information from the hard drive.

“That’s new for Xbox 360, but it’s not a new idea for the gaming industry as a whole. No one has really tried to do it properly, so us doing it will create question marks.”

He also said how the HDD is a must to experience good visuals on the Xbox 360.

“It does make a difference, yes, absolutely. The whole engine is based around streaming textures, streaming terrain and a lot of other content.

“The thing with the 360 is that you need to be able to give consumers a game where you don’t have to install it on a hard drive, because there are 360s without a hard drive. So we need to give you the option of installing it, rather than just demanding it.

You could call it a ‘standard-def’ version for the 360 if you don’t have a hard-drive.”