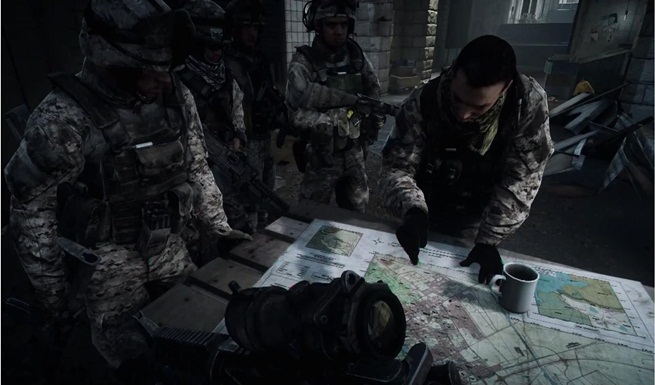 Tommy Rydling, junior product manager at DICE has explained the co-op of Battlefield 3 in detail at the PlayStation Blog. He has detailed the Exfiltration co-op campaign in Battlefield 3, which was shown at gamescom some time ago.

“We designed co-op to be the perfect blend between the strong narrative from single player and the open-ended action from multiplayer,” he said. “We are fusing the replayability of multiplayer with a pick up-and-play mentality to create a totally new flavor of Battlefield.

“For the most part, the missions in the co-op campaign are asymmetric. This means that one mission can have you piloting a helicopter while your friend is the gunner, for example. Other situations have one player disarming a bomb and the other one defending him. Or (as you could see in our press conference playthrough at gamescom) you can do tandem kills to avoid detection. There are also other mechanics requiring teamwork, such as spotting enemies to make large firefights easier, or the essential concept of reviving one another to avoid ending up at the game over screen.

“The co-op missions in Battlefield 3 all take place in the same world as the single-player campaign, and follow a unique series of events that lead up to an explosive finish. Players in co-op will take the role of soldiers that are not tied to any one particular branch of the Armed Forces. This is an intentional design decision to allow for a vast variety in gameplay in the different co-op missions.”

Missions can randomize elements “to keep playthroughs fresh.” Clearing a mission will give a boost to both, you single player and your miltuplayer score. Co-op will also include several unlockable weapons which can be used in MP. The unlocks are based on your cumulative score through co-op.