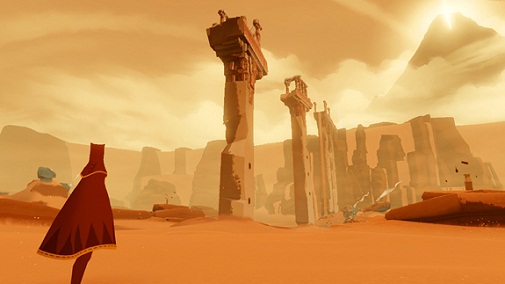 DICE Summit 2013 winners have been announced and Thatgamecompany’s Journey which was nominated in 11 categories has won a lot of awards at the event.

The Walking Dead, Telltale Games’ masterpiece, has also won an equal number of awards and we have the full list of winners for you.

Game developers gave speeches at the event including Jenova Chen and he said how hard it was for the team to complete journey and they almost faced bankruptcy. The game  became one of of the most critically and commercially acclaimed game of 2012.

The game also won a lot of awards at GamingBolt but was piqued by Far Cry 3 in the end. Check out our results here.

Game of the Year categories