The similarities are quite stunning admittedly.

Respawn Entertainment debuted Titanfall at the Microsoft E3 press conference today. It went on last, and that usually means it has to steal the show. And steal the show it did, as Respawn finally revealed what they had been up to. Like a next generation Tribes in terms of movement, the game centers on soldiers fighting for the cause of defending their land. Of course, this involves fending off and combating huge, hulking mechs called Titans.

The Titans themselves move incredibly quickly and are suitably powered. But the soldiers aren’t at a disadvantage. Using jetpacks and wall running, they can navigate the terrain to out-manoeuvre the Titans and effectively cut them off from the neck. I mean, shoot the pilot inside the Titan from behind. Through the neck.

In fact, players can enter their own Titans by just sliding through and being sucked right inside. This allows them control of increased firepower. Of course, the Titans have cool-down periods. It’s not like you can just go in and out of the Titan form at a fast pace. I’m sorry, did I say “Titan form”? I meant the Titan mech.

At this point, Titanfall just reminds me too much of something completely different. In fact, it’s something that has only now seen enormous popularity thanks to a recent anime series. 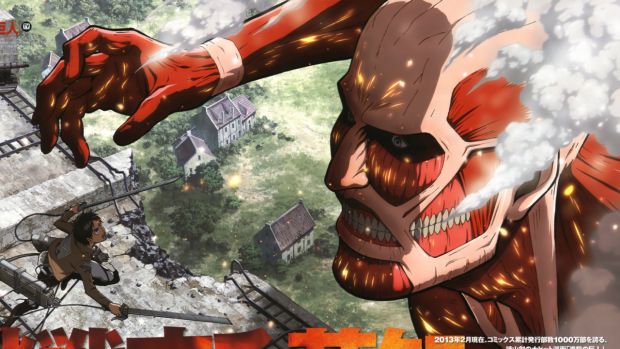 I’m talking about Hajime Isayama’s Shingeki no Kyojin aka Attack on Titan. Note the word “Titan” in the title.
See if this sounds familiar: A young boy, his adopted sister and their best friend join the military in order to force away enormous beings known as Titans.

These Titans are huge hulking beasts which can be outmanoeuvred but out power the humans significantly. The humans fight against the Titans by using powerful equipment to wall run and leap from one obstacle to another seamlessly. Heck, the Titans are even killed by striking at their most vulnerable part: The back of the neck.

Of course, in a surprise twist, it is revealed that some humans, including our young hero, possess the ability to turn into Titans, and utterly wreak havoc on enemy Titans. They can revert in and out of Titan form, although they are easily as subject to targeting at the neck as normal Titans. In fact, they can even eject from their Titan shell and continue fighting on.

Even more hilariously? Titan form has a cool down period. It can be used more and more, but at the risk of the user’s health.

By now, this is just getting awfully too coincidental to even be a coincidence. But while the Attack on Titan manga started in 2009, Respawn Entertainment was founded in 2010. By then, the manga would’ve had sufficient enough chapters released to provide half the ideas currently seen in Titanfall. 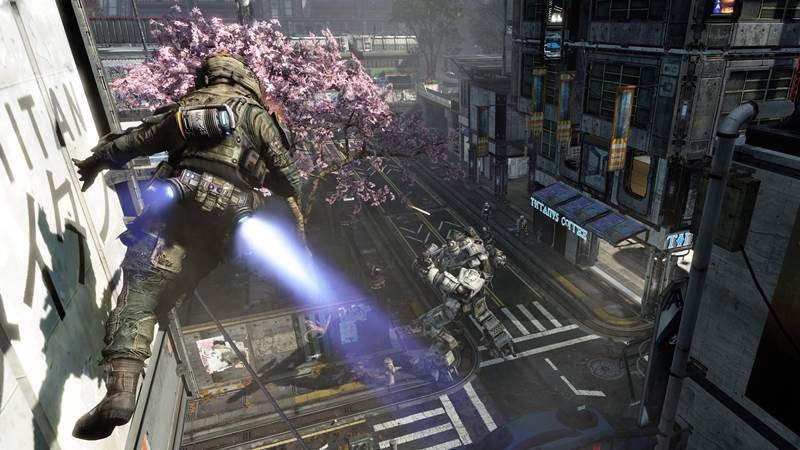 Of course, all the conspiracies and plot-twists weren’t showcased in the E3 trailer. Could it be that they somehow made their way into the game as well? Or is it just a case of Respawn using the basic template of Attack on Titan to craft its game?

Or is it all really just one big misunderstanding?

Regardless, these are some burning questions. As impressive as Titanfall looked, it’s impossible to shake the similarities to Attack on Titan, no matter how much more futuristic you make it.