Didn’t Go to Comic Con? Here is What You Missed

Comic-Con hosts some of the most satisfying surprises of the year for pop culture. Whether you like comic books, movies, video games or other forms of entertainment you are sure to find something you love at Comic-Con. This public event features some of the biggest stars, most popular movies, great collectables but most importantly some of the biggest video games. Getting a hold of a ticket to the substantial event might prove to be a challenge but none the less you can still get a sneak peek at some of the things revealed at Comic-Con 2011. 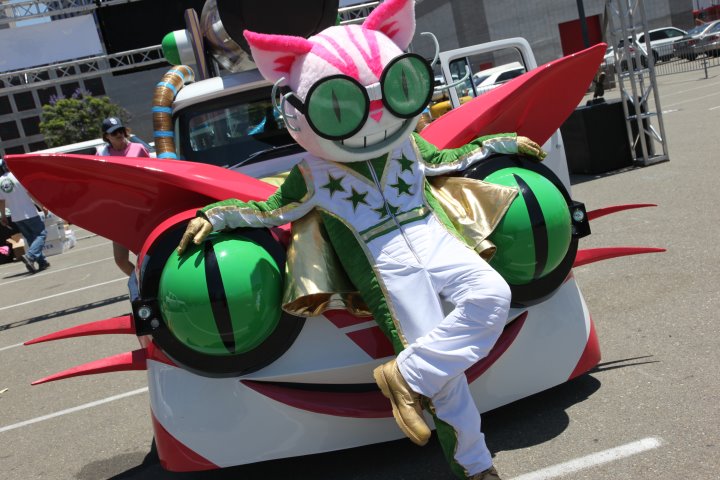 Genki from Saints Row The Third

If you’re not interested in the return of Bevis and Butthead to MTV, or mass advertisements of a new Spiderman movie you might want to stop by the outdoor Mass Effect 3 setup. That’s right Mass Effect was set up outside the Sand Diego Convention Center; which means no ticket was required to see what they had to offer. To celebrate the first hands on preview to the public the game was giving out blow up Omni blades to anyone who stopped by. Mass Effect 3 showcased higher power weapons, better agility over commander Sheppard, and the ability to lob grenades. The demo expresses more control over the commander’s team which makes a strategic way to kill off some of the tougher enemies. Fans of the series will be excited to know that in Mass Effect 3 players will be able to upgrade their abilities the way they like; you will have more control over which area you would like to excel in. Mass Effect 3 was a show stopper at Comic-Con. When this game is released on March 6th of 2012 those of you who didn’t get a hands on preview will be more than pleased with what Mass Effect 3 has to offer.
Just down the street from the Mass Effect 3 set up you will find yourself in a completely different realm; standing in front of Professor Genki life size replica of the Super Ballistic Manapult vehicle. Saints Row: The Third took over Comic-Con this year, with a 3D light show on the side of a building, penthouse pets along with other stars signing posters, and you can’t forget the Saints Row bikini babes handing out postcard to advertise the next installment to the Saints Row series.  Not only did the Saints show who they were with taking over outside but inside Volition inc. provided fans with an exhilarating demo of one of the story missions. In this mission your player finds himself falling out of an airplane shooting everything in his path but also managing to save his female companion, Shaundi. The demo was nothing less than exciting! The day with the Saints wasn’t quite over yet. After all the Saints festivities they partied afterward at the Hard Rock Hotel. 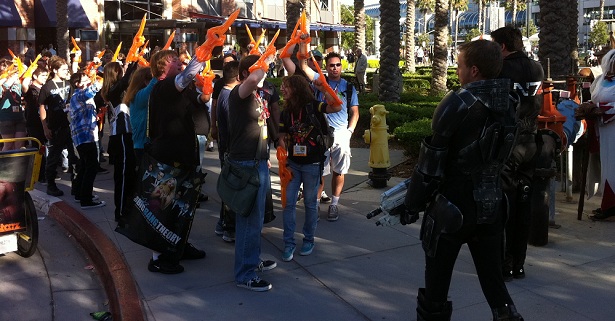 Just around the corner from the Hard Rock sat one of the most interesting parts of Comic-Con, a Sega arcade. Sega had an idea similar to Mass Effect 3 and treated the public who weren’t able to get a ticket with some gaming fun. They had their games set up outside for all to enjoy, pass or not. The line was long making Sega one of the most popular stations at Comic-Con. Posters were hung displaying all the playable games such as Captain America: Super Soldier, Rise of Nightmares and many more. Sega wasn’t going to let the show end without announcing a new game based around aliens.
Sega wasn’t the only company with major announcements. Microsoft kicked off their time at Comic-Con by announcing a video walkthrough of Halo: Combat Evolved Anniversary straight out of E3 and for all the Comic-Con attendees to enjoy.  Capcom delighted fighting fans with the announcement of Ultimate Marvel vs. Capcom 3. This new game will not only have all the characters return from previous games but also introduces 12 new characters, including one Frank West and Doctor Octopus. These new announcements leave players breathless; everyone loves a classic and a good fight. 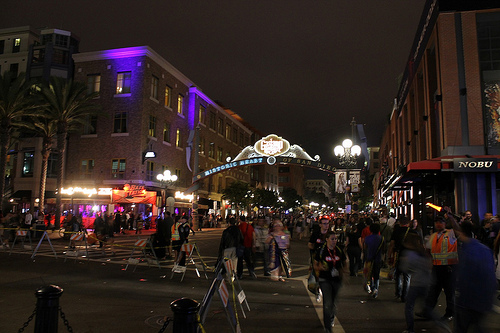 With more than 125,000 attendees a day it’s no wonder why comic con turns so many heads each year. Comic-Con marks one of the most exciting experiences of pop culture fans lives. If there is one thing you should do in your life its check out this massive four day event; you won’t be left disappointed.