DiRT Rally 2.0 Wiki – Everything You Need To Know About The Game

Everything you need to know about DiRT Rally 2.0

DiRT Rally 2.0 was officially announced in September 2018 and confirmed for a February release in the following year. It is the first game made by Codemasters since Paul Coleman’s departure from the studio in 2018. The game is built on Codemasters’ own EGO Engine, which has been used by the developer for all DiRT and F1 games since 2007.

With DiRT Rally 2.0, the developers intended to double down on the authenticity and realism aspects of the original DiRT Rally, and address fan feedback regarding physics, handling, lack of content, and adding additional layers of realism. For such purposes, the team worked with real rally racers such as Jon Armstrong, Oliver Soldberg, and Ryan Champion, who provided them feedback regarding handling physics, among other things. Phil Mills, a veteran rally co-driver, provided his voice as the co-driver within the game.

DiRT Rally 2.0 also carries the official FIA World Rallycross Championship, like previous recent entries in the DiRT series. Virtual reality support for the game is not planned at launch, but the developers have stated they would consider adding it in once the game had released with their post-launch support. 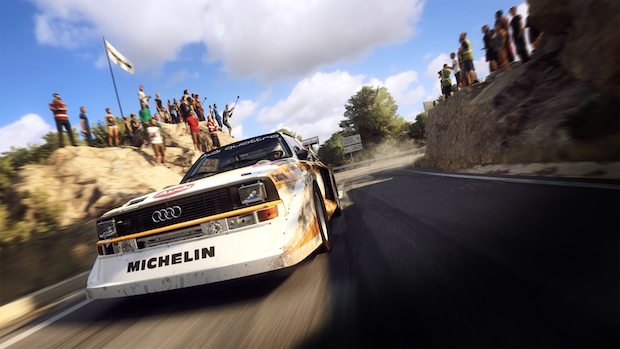 DiRT Rally 2.0 features several improvements made over its predecessor. The first of these is track degradation, which sees the track’s surface becoming progressively more degraded in condition depending on what position the players start an event in. Starting in the highest position leads to tracks that have not been driven upon, but have loose material on the surface. The positions behind the highest starting positions mean driving on a track that is in good condition, with the loose material also having been swept away by drivers who drove ahead of the player. Following this, dropping down in starting positions leads to tracks and surfaces that have progressively more wear and tear and are harder to drive on, with each track having over one hundred layers subject to degradation.

Weather effects have also been enhanced, and now have a greater affect on the condition of tracks. For instance, during or after rainfall, tracks become wetter and muddier and thus require different handling thanks to changed traction, and are harder to drive on. Players are thus required to adjust their driving style based on the condition of the track, which can be further compounded by visibility during daytime or nighttime. Another things players must now keep in mind is tire wear and tire composition. Tires made of softer materials allow for greater grip and traction, but wear out faster, and as such are better for shorter courses and events. Conversely, tires made of harder materials provide slower stage times, but are more durable, and thus are better suited to longer courses.

Damage systems and physics have also been expanded upon. Throughout an event, depending on how the player drives, their vehicle can sustain damage to various parts and components, such as flat tires. Damage has a visual impact, but also impacts driving and performance, and can also lead to vehicles no longer being in a state, at which point they have to be disqualified from the event. Players can carry multiple spare tires with them during an event, but the weight of their vehicles also increases on the basis of how many tires they are carrying, which impacts their performance. Flat or damaged tires can be replaced during events, but this leads to time penalties. Vehicles also have persistent damage, which means they carry damage incurred during a race even after that event is over. Said damage has to be fixed between events, and players have to decide how thorough they want these fixes to be. While more thorough fixes lead to better conditions for the car, they take more time, and can thus result in the player having to start the next event behind several other racers, leading to a degraded track. Less thorough fixes take less time, but run the risk of not being as permanent. 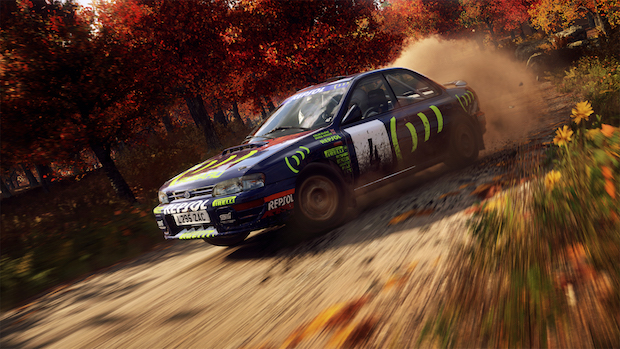 During races, certain actions can also lead to time penalties, such as cutting corners during rallycross events, respawning the vehicle back on the track after reckless driving, or starting a rally event before the pre-event countdown is finished. The game also features handcrafted tracks, as opposed to the procedurally generated tracks that were used in DiRT 4. These tracks six different locations for rally events and eight different tracks across rallycross events.

The rally locations are Catamarca Province in Argentina, New England in the United States, Łęczna County in Poland, Hawkes Bay in New Zealand, Monaro in Australia, and Ribadelles in Spain. The officially licensed FIA WRC rallycross tracks are Silverstone in England, Höljes in Sweden, Trois-Rivières in Canada, Lohéac in France, Hell in Norway, Mettet in Belgium, Montalegre in Portugal, and Barcelona in Spain.

There are also a total of 50 cars included in the game, with more planned to be added on as DLC. The categories for vehicles in rally events are H1 (FWD), H2 (FWD), H2 (RWD), H3 (RWD), Group B (RWD), Group B (4WD), Group A, R2, R4, R5, and Rally GT. The categories for cars in rallycross events are Crosskart, RX Super 1600s, RX2, and RX Supercars. The likes of Porsche, Datsun, BMW, Ford, Skoda, Audi, Subaru, Renault, Volkswagen, Peugeot, Citreon, Mitsubishi, Opel, Lancia, and Fiat are all represented across various categories of vehicles. 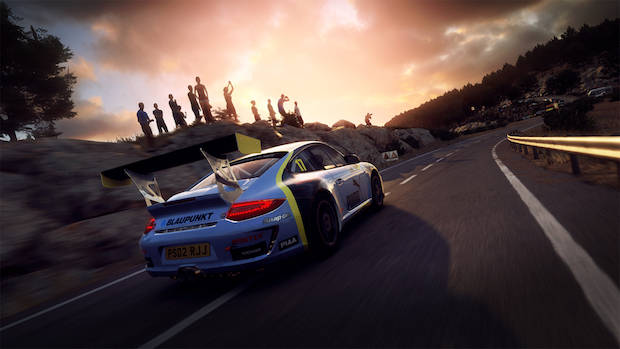 The game also has a Historic Championships mode, which allows players to play through rally events throughout the 1960s, 1970s, and 1980s, complete with vehicles from the era. There is also a Time Trial mode, as well as a Custom mode, which lets players create their own events with whatever locations and vehicles they choose to have. These custom events can be played both online against other players, as well as offline. The “My Team” mode from DiRT 4 also returns, which sees players building up their garage with vehicles, and also hiring specialists engineers for the maintenance of their cars.

The Career Mode features both rally and rallycross events, and sees players climbing the ladders of both as they race across all available locations and progress continuously to better and improved vehicles.