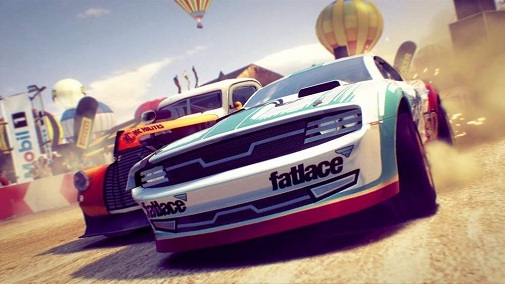 Dirt Showdown demo is now available on Steam. It weighs in at 2.8 GB and contains a single-player race called 8-ball. If you sign up to RaceNet, which is a clone of EA’s Autolog, you will get $20,000 in-game credits.

The game will be released on May 24th on the PS3, Xbox 360 and PC. Stay tuned to our review soon.

Race, crash and hoon your way through a world tour of motorised mayhem in DiRT Showdown! Crowd atmosphere, social gameplay and accessibility are all ramped up in this turbo- injected shot of driving delirium.

Smash down the accelerator and earn the adulation of frenzied crowds at hyper-energised events at iconic locations.

Played the demo? Leave us your feedback in the comments section below.