Dishonored: Death of the Outsider Review – Deicide is My Business…

And business is good.

I’ll be honest with you: until Death of the Outsider, I’d never played a Dishonored game to completion. It’s not that I didn’t want to; the setup for the original game is one of the best premises in gaming. A supernatural bodyguard-turned-assassin who goes after the guys who framed him for killing an empress? Sign me up. I tried to finish Dishonored. I really did. But it squandered the incredible premise with insipid writing and atrocious storytelling. I don’t know how Arkane managed to screw up a premise as airtight as the one that underpinned the original game, but they managed it in spectacular fashion. Eventually, I couldn’t take it anymore. I put the game down, impressed by the mechanics and the world, but thoroughly underwhelmed and disappointed by the story. 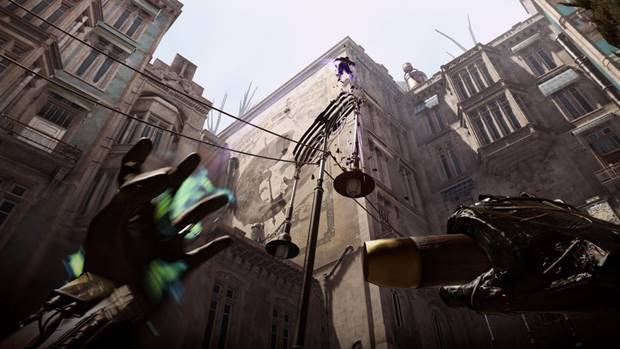 "The writing is as subtle as a brick thrown through a car window. The foreshadowing is as heavy-handed as it comes (Billie has bad dreams about losing an arm and an eye. Guess what happens?), and things just seem to happen because the plot demands they happen."

Death of the Outsider plops you into the boots of Billie Lurk. In addition to being blessed with perhaps the worst last name in existence, Billie is also a pupil of Daud, and a returning character from Dishonored’s Knife of Dunwall DLC and Dishonored 2. Of course, I didn’t know any of this at the time, but you don’t need to understand it to follow what’s going on. Billie’s torn up by the things she’s done, and seeks Daud to find forgiveness. After reuniting with her mentor, he presents her with one last job: killing the Outsider. Daud’s motives are thin, if understandable, while Billie goes along with things because she feels obligated to.

The writing is as subtle as a brick thrown through a car window. The foreshadowing is as heavy-handed as it comes (Billie has bad dreams about losing an arm and an eye. Guess what happens?), and things just seem to happen because the plot demands they happen. It feels rushed and more than a little jarring. Billie and Daud’s regrets and past mistakes are enough to hold things together, but just barely. If you’re looking for a well-executed story, Death of the Outsider isn’t going to give it to you.

What Death of the Outsider will give you is some great gameplay. Like previous games in the series, things are largely built around Billie’s powers: Displace, Semblance, and Foresight. Displace is a lot like Blink, but it’s based on switching places with a marker instead of jumping forward. This means you can place a marker, cause a little trouble, and jump back out of harm’s way. You can also use it to get into places you can see but can’t reach – the other side of a gated area, for instance. The only restrictions are based on range and your ability to see the marker. Most interestingly, you can also displace an enemy, which teleports you inside of them, causing them to explode in ridiculously gory chunks. 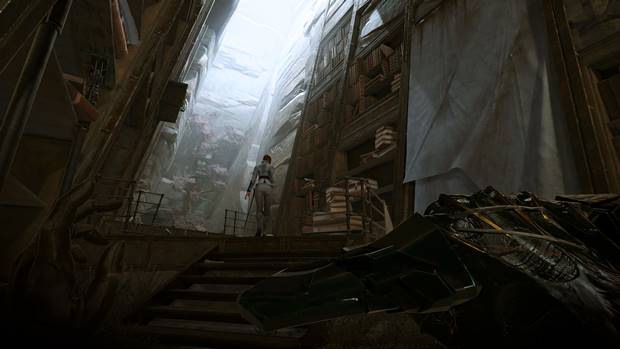 "Even with Contracts, the game is still short. Think around eight hours for a playthrough of the story, and another four to do all the optional objectives."

Semblance is mostly for pacifists, allowing you to magic a person’s face off and walk around wearing it, which will literally open doors for you and allow you to complete some tasks in clever ways. Foresight is the most useful, allowing you to stop team and leave your body to explore environments, marking enemies and items for later collection or tracking. You can also drop markers for Displace, making few areas out of reach. Your powers recharge over time, so you don’t have to worry about spending them. Death of the Outsider wants you to be creative and letting you use your powers whenever you want goes a long way.

Similarly, the Chaos system from the other Dishonored games is dropped, and has absolutely no effect on either of Death of the Outsider’s endings. This provides an appreciated level of freedom and allows you to experiment without fear of a system judging your every action.

These tweaks are necessary since Death of the Outsider is a relatively short game consisting of only five missions. That said, the game features a lot of side quests and optional objectives in the form of Contracts. These reward money and bonecharms, little trinkets that alter Billie’s abilities slightly. Contracts are fun and quite varied. One has you stealing the recipe for a rat-based brew and destroying as much of it as you can find, while another requires you to entire a hostile bar and smuggle the bartender, still alive, across town. Even with Contracts, the game is still short. Think around eight hours for a playthrough of the story, and another four to do all the optional objectives. 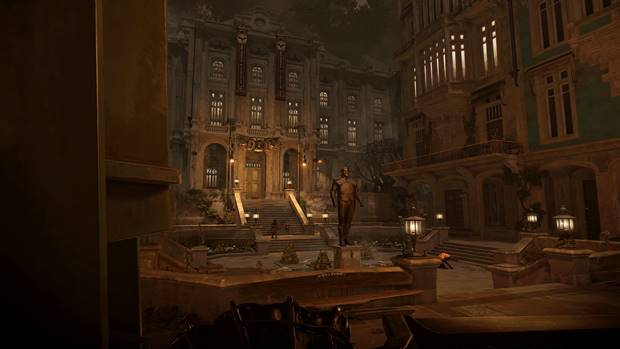 "The biggest let down, story aside, is the level design. The most memorable level is the third one, which is a smartly executed bank heist. Aside from that, none of the other levels are particularly memorable."

The biggest let down, story aside, is the level design. The most memorable level is the third one, which is a smartly executed bank heist. Aside from that, none of the other levels are particularly memorable. None of them are bad, per se; each has its moments, and Dishonored’s world is still top-notch, but most will find no desire to return to them.

Death of the Outsider is, according to the developers, the end of Dishonored. Having experienced the ending, it’s easy to see why; there’s not many other places for the story to go, and things wrap up rather nicely. But worry not, Dishonored fans: this is the video game industry. Never say never.

Whether or not we’ll see another game in the series is a question best left to time. The question now is whether Death of the Outsider is worth your time, and the answer is yes. The core gameplay loop is still great fun, and the game world remains a fascinating place to explore, even if the levels aren’t always as memorable as they could be. At this point, it seems unlikely that Dishonored’s story will ever live up to its premise. But that doesn’t mean that what’s here isn’t a journey worth taking.

Final Verdict:
GREAT
Death of the Outsider's story never lives up to its promise, but strong mechanics, good gameplay, and a fascinating world pull it through.
A copy of this game was provided by Developer/Publisher/Distributor/PR Agency for review purposes. Click here to know more about our Reviews Policy.