Based on the upcoming Bollywood movie. 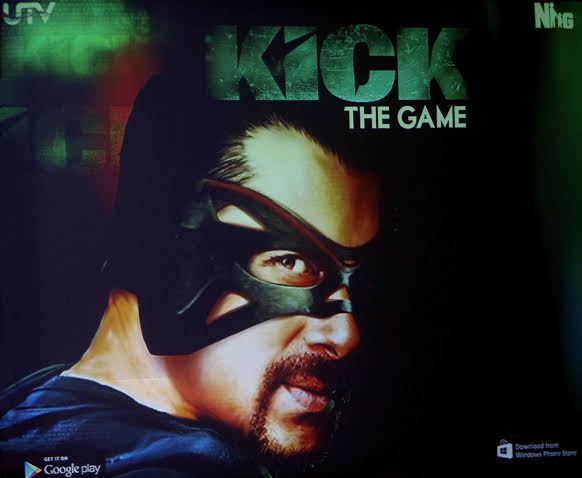 Disney India have announced that they will be releasing a new mobile game called Kick, based on the upcmoning highly anticipated Bollywooh blockbuster of the same name starring Salman Khan. The Kick mobile game will be released by Disney in conjunction with UTV Entertainment, and producer Sajid Nadiawala.

Commenting on the launch of the game, actor Salman Khan, said, “We (Sajid, me and the KICK team) wanted to create an interactive experience of our movie for the fans. The mobile game developed by Disney India is both exciting and easy to play which makes it fun and engaging. I hope my fans will enjoy playing the KICK game as much as I do.”

Producer and Director, Sajid Nadiadwala said, “Kick is a very special movie for us and we wanted to take the movie’s experience to all the audiences and give them a taste of the unique style of Salman’s film character and the essence of the movie through this game. The team has worked really hard to create a fun game and we are happy with the outcome.”

“The kind of movie that Kick is, its concept of action comedy, perfectly lends itself to making a game. The game based on the movie will give gamers and Salman Khan’s fans an opportunity to not only play as Salman Khan himself but also enjoy an immersive gameplay offering the essence of their favourite star’s movie. Salman and the team have been very excited about the game and worked closely with our team to make it happen. We are confident that the game will be a blockbuster hit just like the movie.” said Siddharth Roy Kapur, Managing Director, Disney India

“Gaming today has emerged as one of the top entertainment sources on mobile phones in the country and Indians love Bollywood. By marrying the two, it extends the experience of the movie to consumers in an interactive environment through a highly engaging game.” said, Sameer Ganapathy, Vice President & Head, Interactive, Disney India.