Dissidia: Final Fantasy is Square Enix’s compilation of heroes and villains from the Final Fantasy universe. Ranging from Final Fantasy I-X, it wanders away from Square Enix’s comfortable realm of pure RPG and successfully combines elements from both the RPG and one-on-one fighting genres. That is not to say that this game is a fighter or an RPG, but a hybrid; it is like chocolate and peanut butter in Reese’s. All ten heroes are available from the moment you start up the game, but villains remain locked (except in the Arcade Mode). After playing through a brief tutorial with the Warrior of Light, you can pick a hero on a route to pursue his or her crystal. The story tells about the Ten champions who are selected to fight in a war. Soon, the villains seem unstoppable. The heroes believe that they will seek out individual crystals containing powers, but otherwise you are going to see lame goals set in each characters mind. The story is a real mess after that no matter whom you’re playing as. So no, Final Fantasy fans, playing as Cloud won’t really give you a great story you are looking from a company like Square Enix, even if you still get to ram enemies with his giant sword. 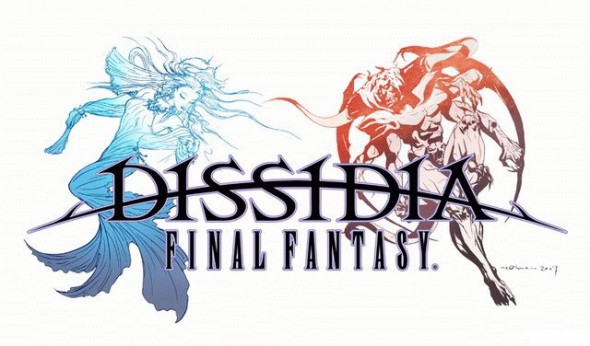 That is not to say the story mode is broken by any means. Rather, it is extremely addicting thanks to a great stream of rewards. The gameplay here is broken up into two separate, yet equally important parts. You start of each of several stages for each character with a near top-down view on a checkerboard like field. There are more straightforward routes on easier character difficulties, but higher difficulties consist of different winding paths to finish a level. Each of these checkerboard-like stages consists of several pawns that you fight as you travel along them. The pawns are different levels, but the balance of these pawns is way off-fighting pawns more near your level gives you a good battle, but fighting one ten or more levels than you can lead to frustration and retries. The fighting system seems complicated on paper, but I found it easy to understand while in battle. Each opponent has a health bar and Bravery Points next to their image on the bottom of the screen. Attacking with the circle button applies damage to your opponent’s Bravery Points, taking away a certain amount and adding it to your Bravery. Attacking with square applies damage directly to your opponent’s health equal to your Bravery Points. If you manage to take away your opponent’s entire Bravery Points putting them in a “Break.” Thus, your opponent cannot attack for a while, and any of your points becomes critical. You also get the an extra amount of Bravery Points every time your opponent ends up in break from the number accumulating at the bottom of the screen. This is the Stage Bravery that continuously adds up until someone reaches a break. Confused? So was I at first, but the game’s huge amount of tutorials helped me through the confusion and have a blast. 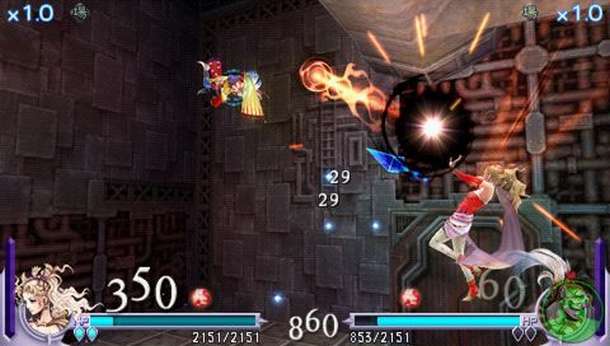 This system’s definitely not perfect due to a camera system that can have a opponent blasting you while a wall is in your screen. Another fault is the dodging system. To do this, you have to press R and use the analog stick to dodge out of the way.  The pacing of this fighting system does not gel with the dodging controls here. Another thing I really had a fun time with was being rewarded for certain accomplishments in this game. Whether it was beating an opponent in under ten seconds to move an extra turn, randomly being rewarded for accomplishing something in Battlegen-the game’s list of goals that’s creates items for you as you progress with them-while not knowing how you unlocked it, getting lots of Gil for whooping an opponent, or buying something from the store or PP catalog like a villain like Kefka or Jecht, I was constantly rewarded. If you ever run out of things to unlock, I recommend you to stop your 100-hour play through of the game and get to sleep. Seriously. The game really strikes a chord with its sound and graphics. The characters look great from Garland to Tidus. Everybody looks spot-on from his or her previous iterations in the Final Fantasy universe and Final Fantasy fans will have to a fair amount of nostalgia to deal with.  The music spans from the same games the heroes come from and are instantly recognizable for big buffs of the series. The voice acting has taken a big hit since FFXII. The lines are horrendous at times, and characters stand or move their arms in awkward motions as they talk. No effort seems to put at all into lip-synching, so characters talk without emotion while his or her lips move up and down repeatedly. It can be somewhat jarring when the characters look so well done themselves, but nonetheless the music makes up for it.

I have not even gone through multiplayer, player icons, treasure chests, equipping and buying armor from the store, or EX Core and special attacks like magic. But I really do not need to. Dissidia: Final Fantasy is worth buying whether you’re a Final Fantasy fan, or just appreciate a great PSP game.

Good graphics, and some great particle effects; Great stream of rewards crammed onto a UMD; Final Fantasy fans will have plenty to dig into here; Good fighting system, and a nice RPG twist along the way; Cloud vs. Sepiroth will never get old

Can be repetitive; Disappointing story, and subpar voice acting; Some battles are completely in your opponent’s favor; Iffy camera at times

Final Verdict:
EDITOR’S CHOICE
Dissidia: Final Fantasy is more than just fan service. It is, in simple words, an awesome game.
A copy of this game was provided by Developer/Publisher/Distributor/PR Agency for review purposes. Click here to know more about our Reviews Policy.