After four years in Early Access, we finally have a release date for Distance 1.0. 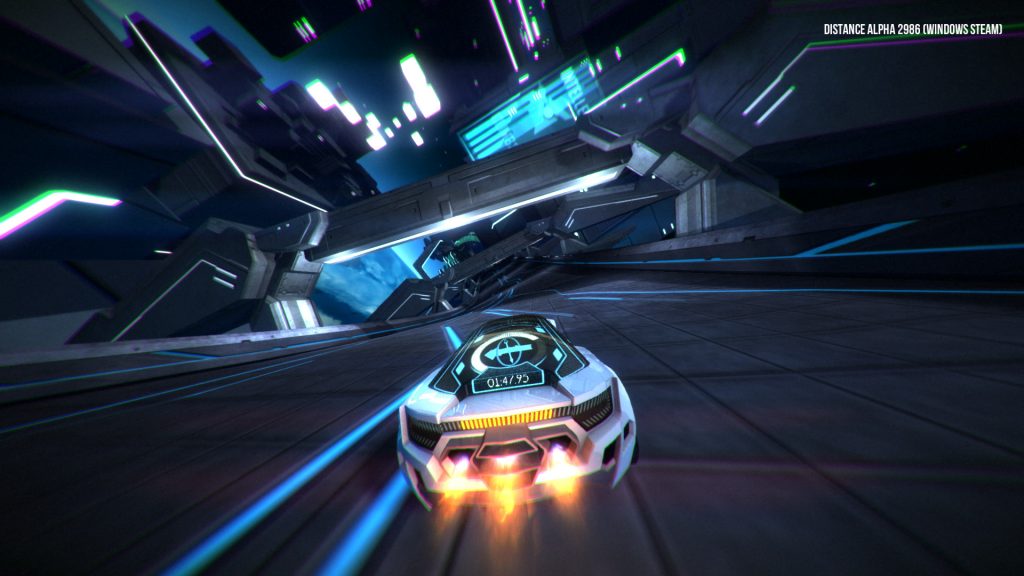 Distance is a game that immediately reminds you of Nitronic Rush with its futuristic neon visuals and the over-the-top racing action. This spiritual successor was first crowdfunded back in 2012, and has been in Early Access for about four years now. Finally, though, the game is now set to leave Steam Early Access, and you will be able to get your hands on the full version of the game on September 18.

Looking over the game’s Steam page, you will be able to notice the many improvements that have been made to the game throughout its time in Early Access, including many gameplay changes, UI changes, and more. This is an arcade racing title in which you will be flying, driving up walls, doing parkour tricks, and more. The game will also come with a short single player adventure, after which you can test your skill against friends or against other players on the leaderboard.

You can check out the teaser trailer for Distance’s full release below. The game is also set to release for the PS4, but we don’t have a release date for that yet.