NAMCO BANDAI  announced that a new action-packed “GAC Pack” downloadable content (DLC) will be available in PAL Territories on May 26 for Xbox LIVE and  PlayStation Network. This new premium DLC pack will include two all new gameplay modes in addition to the “Jack Pack” and “Shadow Pack” DLC, which were previously only available to pre-order customers.

Dead to Rights: Retribution is a ground-up reinvention of the multi-million unit selling crime action series. Thrusting players into a mature neo-noir crime drama as vice cop Jack Slate and his canine companion Shadow, the game introduces an innovative new hybrid combat system that seamlessly blends third-person shooting with hand-to-hand brawling and AI partner. For the first time in the series, players will also be able to play as ferocious canine Shadow with his own unique gameplay style and feel. Deadly on their own, Jack and Shadow are even more formidable as they team up to defeat the threats they uncover in Grant City. 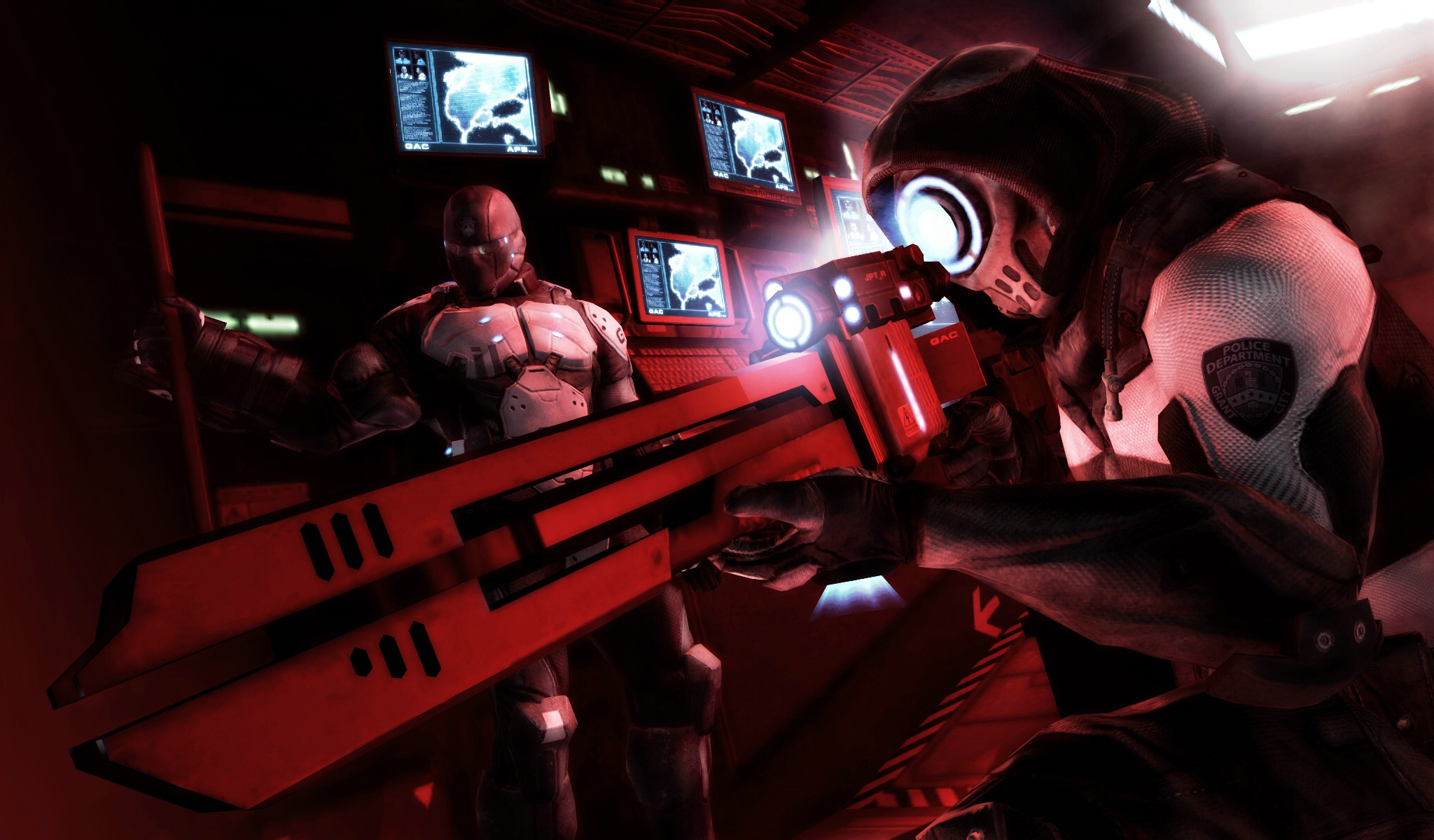 The “GAC Pack” will include two new completely different modes of gameplay as well as exciting bonus options to enrich the player’s experience with the core retail game. “Assault on the 87th Precinct” is a new mission that reveals a flip side to the story, allowing players to experience the action from the GAC (Grant City Anti-Crime) enemy’s side of the battle. Players step into the boots of the GAC Sniper, Brawler and Tank characters as they converge upon the GCPD (Grant City Police Department) stronghold under orders to contain all police officers so they can secure a tactical advantage. In “Riot Control Mode,” Jack and Shadow fend off increasingly difficult waves of GAC forces to earn points and achievements based on speed and style, with high score bragging rights on international leaderboards. In addition, the previously exclusive “Jack Pack” and “Shadow Pack” are also included in the “GAC Pack” allowing players to access armor for Jack, stealth camouflage for Shadow, an “action mode” with explosive rounds gunplay, and a “noir mode” with a black, white and red graphic filter.