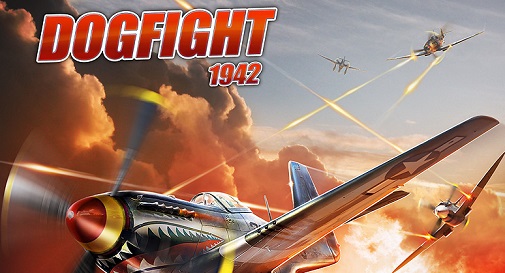 Dogfight 1942 has been released on Xbox Live by City Interactive. It’s a WWII air combat game, with arcade elements featuring pick-up-and-play mechanics, and is a fast-paced game.

It features more than 20 types of aircraft ranging from P-38 Lightning, Britain’s Spitfire, Messerschmitt 109 and Japanese Kate. It also contains three unique modes like Dogfight, Survival and Campaign. Here’s the description for it: “challenged with the same real-life missions faced by WWII pilots, ranging from bombing runs and dog fights, to manning gun emplacements on a bomber or anti-aircraft site.”

“Being fans of flying games, it was disheartening to see the genre largely unrepresented on the various digital distribution platforms like XBLA, which is why we created a game that was both exciting and easily accessible,” said Lukasz Hacura, Executive Producer at City Interactive.

The depth, quality and great price of Dogfight 1942 will keep players flying in the skies for hours.”

The game costs 1200 MSP on Xbox Live and will be released on PSN and PC later this year.