The Lost Mission is sort of an expansion pack to complement the release of Doom 3 BFG edition. It adds a bunch of unique new content to the game and also features some cut content, so that increases the value of the entire thing, right?

Not really. Some gamers have compared the original game to the supposed new one and have found out that a lot of things are rehashed and contain reused assets. Quick shoddy work by id Software it seems.

This is what the user who uploaded the video said:

This is a partial demonstration of how several of the new Lost Mission maps exclusive to the recent BFG Edition of Doom 3 are, for the most part, largely reused levels from the original Doom 3 campaign. The number of matching details indicate simple copy+paste work, right down to the exact soda can placement.

This video is not exhaustive. There are many, many more identical level pieces to be seen. By my best estimate, I would guess that nearly half of the “all-new” Lost Mission maps taking place in the UAC facility are based directly on previously existing Doom 3 levels with minimal modifications. The Hell levels, on the other hand, seem to be mostly unique.

We reported earlier that the PC version is an extremely poor port, and it looks like id has done something that doesn’t exactly put them in a proper light as a professional studio. 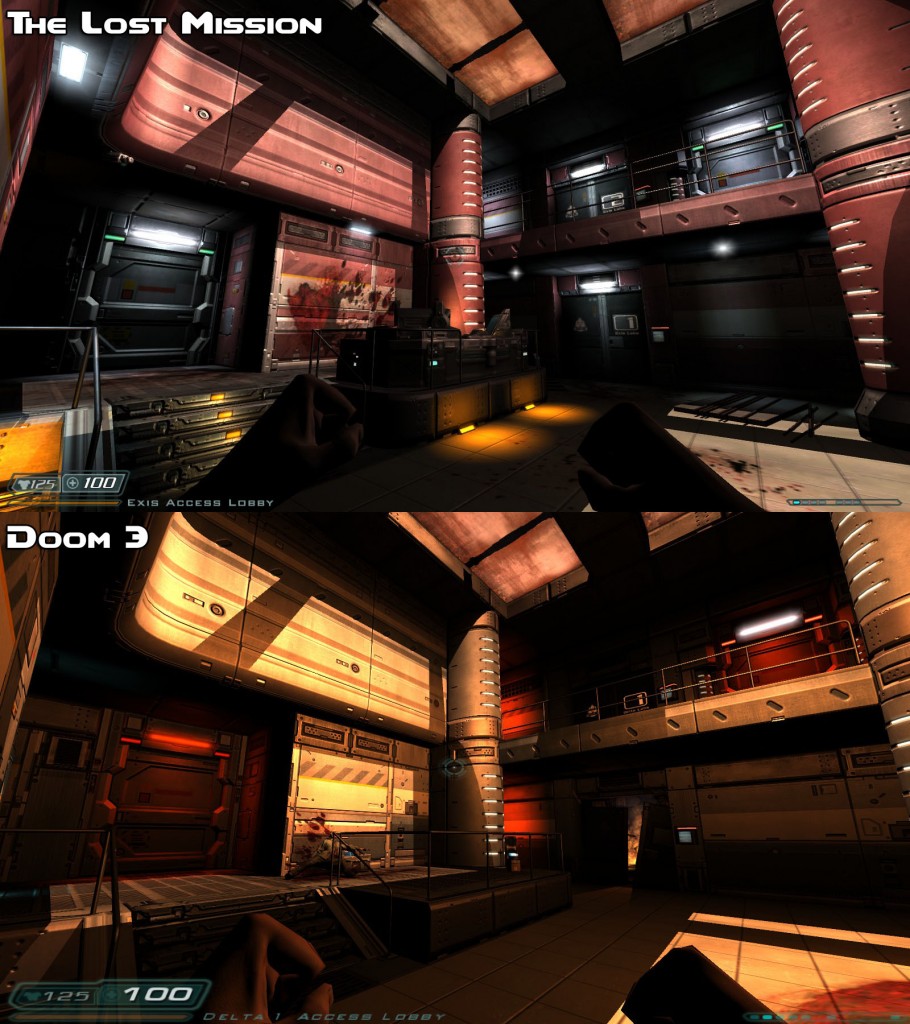