Posted By Shubhankar Parijat | On 27th, Mar. 2019 Under Article, Interviews

Developers JumpStick started out with one simple question as they started out on development on their game- what would work best with VR? Kayaking was the first thing that came to their minds, seeming like a great fit for the immersive quality of VR experiences, and the perfect place to blend a watersport experience with more arcade-y elements as well. We recently sent across some of out questions about DownStream VR Whitewater Kayaking to the developers, asking about everything from the modes on offer in the game to how the devs wrestled with making sure they avoid motion sickness. The following questions were answered by JumpStick’s Rachael, member of the game’s development team. 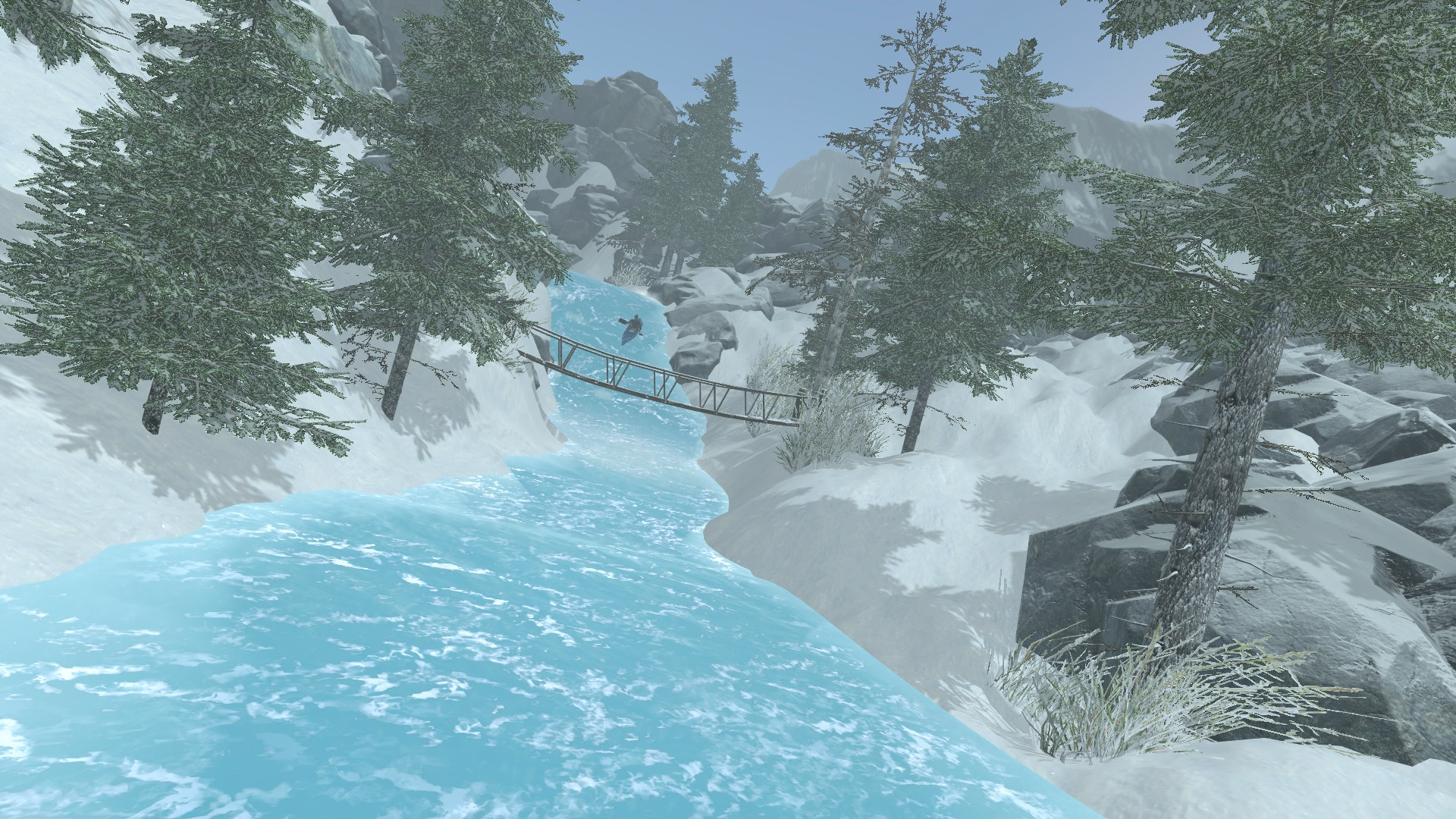 "Physics plays a huge role in the game. It was one of the biggest challenges to simulate the movement of a kayak in the water and to make this feel both authentic and fun."

How much of a focus does the game place on physics?

Physics plays a huge role in the game. It was one of the biggest challenges to simulate the movement of a kayak in the water and to make this feel both authentic and fun. The more accurate the physics became, the more predictable the movement was to the player. Since in VR you are fully immersed with the controls you are able to make very minor control inputs to make the kayak move exactly how you want it to.

The addition of things such as grappling hooks and windsails suggests that the game will also be looking to play around with more arcade-like mechanics- is that something that has been on your mind, to balance such mechanics and physics based gameplay?

We wanted to create a pretty accurate experience of kayaking but at the end of the day it’s a game and not a simulation so it needs to be fun too! We wanted each of the levels to be different each time you play as I think that’s what some VR games lack- replayability. Some of the power-ups are tricky to master but very satisfying to use when you get it right. We’ve had great fun developing them.

Are there any progression mechanics in the game?

Each course has a bronze, silver and gold time. You collect XP from playing the map, collecting power-ups and also achieving a bronze/silver/gold time. New maps and areas unlock as you progress and the courses get more difficult later on in the game. There is also online leaderboards so you can fight for the global #1 spot.

How many modes does DownStream offer?

There are 12 levels in the game across three different terrains- ice, rocky mountains and desert. Each level within the terrains increases in difficulty needing more skill to complete the course and gain a place on the online leaderboards. Most people need a few attempts to complete the harder courses and even the seasoned players keep coming back to beat their
time or just have some fun. This is where the power-ups really shine and help give the player a different experience each time. 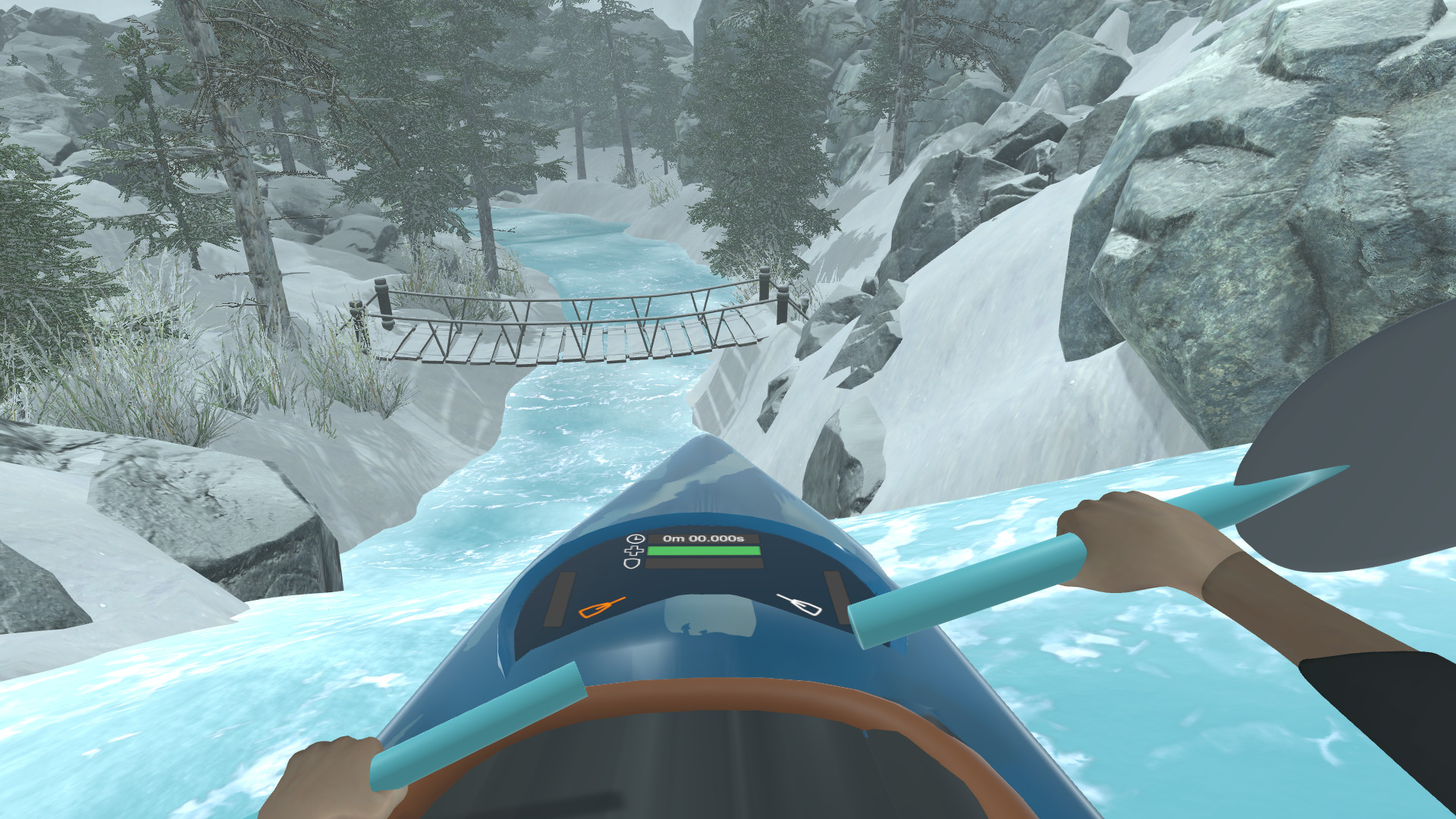 "We basically started by saying ‘what would we like to play in VR?’ Kayaking just seemed like a really fun and immersive idea. It’s such an intense, fast paced sport and we thought we’d try to capture those exhilarating feelings in VR."

What sort of power ups will there be in the game?

On launch we will have the grappling hook which hooks onto rocks and allows you to swing around hard turns. The Repair tool which heals damage to your kayak. The wind sail is one of my favourites, this replaces your paddles with the ropes to a parasail. It provides a big speed increase but that is balanced with the face it is pretty difficult to control so it’s a
gamble of setting a great time or smashing into the rocks. Lastly, armour which provides some added protection to the kayak if you crash. We have so many other ideas and prototypes for power-ups in the pipeline but we wanted to keep it simple on launch and gradually introduce new ones over time to keep the game fresh.

Why did you decide to make this a VR-only experience?

We basically started by saying ‘what would we like to play in VR?’ Kayaking just seemed like a really fun and immersive idea. It’s such an intense, fast paced sport and we thought we’d try to capture those exhilarating feelings in VR. The sounds of the water, fast currents, tight turns, drops, feeling the paddles in the water- it’s all brought to life with VR in a way that just
wouldn’t translate to a traditional game. We’ve had so many comments and emails from people who regularly kayak in real life and are really excited to try the game out so we’re definitely not alone!

Do you think VR is uniquely positioned to elevate games such as yours to new heights through more immersive experiences?

I think the unique controls in VR make it possible for new types of games to be imagined that wouldn’t be anywhere near as fun as traditional games. I love watching someone play VR for the first time, how shocked they are and immersed in the game or experience. That wears off after you’ve used it for a while so we wanted to create a game that gave you the same stomach flips and laughs as when you first started playing!

Motion sickness is a potential pitfall that VR games have always had to contend with- was that something that you were mindful of in particular during development?

100%, we had to be so mindful of this during development. I myself can sometimes suffer with slight motion sickness in VR so I know how horrible it can be. We worked really hard making minor tweaks everywhere to make the experience as smooth as possible. When we started to work with testers who had never played the game before I was very worried that motion sickness would be an issue, however we had really positive feedback in that area which was brilliant after putting the work in. At the end of the day this is still an intense experience since it is forced locomotion but I think because the kayak moves in a predictable way and the controls are mimicking real life your brain quickly accepts it. I find it a lot more natural than games where the forced locomotion is walking / hovering. 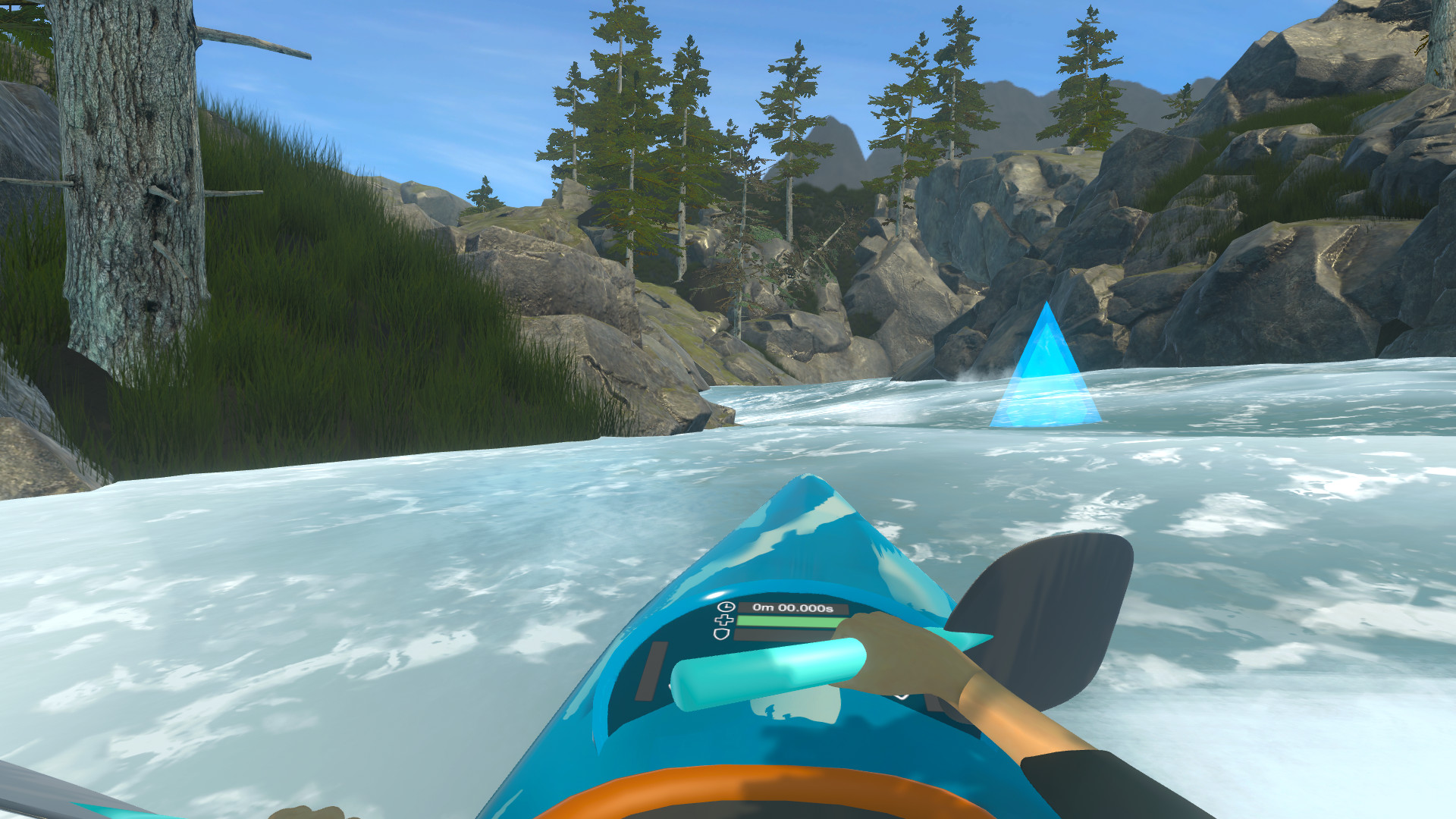 "We worked really hard making minor tweaks everywhere to make the experience as smooth as possible."

VR has been growing as a medium and showing an increasing amount of potential, but in your view, what sort of experiences can push it even further? Have there been any recent examples that have stood out to you?

Really great multiplayer games. A great game to play with friends and you want to play daily, I think VR is really lacking in this area at the moment. I guess the market and audience needs to grow before this can happen.

Do you think VR is something that will become an integral part of how we play our games any time in the near future?

I hope so. At the moment it’s a bit clunky hardware-wise and involves a lot of set up/space which most people can’t have set up permanently. When we see the next generation of wireless headsets I think that’s when it will really take off.

From what I’ve read it just seems to be more CPU/GPU which is never a bad thing! We’d obviously love to see more development into PSVR with the new console, we’re hoping to launch DownStream on PSVR after it’s PC release. Apart from that, it’s all still rumours at this point but we can’t wait to see what they bring.

Do you think Microsoft not investing in VR technology is missed opportunity? And furthermore, do you think they will make the next Xbox VR compatible?

If they don’t already have one in development then yes. The market isn’t huge yet but PSVR sold 1.3 million just last year and with around 3 million total sold it’s not a market they should be ignoring. It seems like they could easily add support for at least WMR headsets.

Do you think VR will be a defining feature for the next Xbox and PS5?

For Sony and the PS5 yes, the bundling of a console and headset are doing well for them. Microsoft, I would love to see them launching the next Xbox with a VR support but I’ve not heard anything. 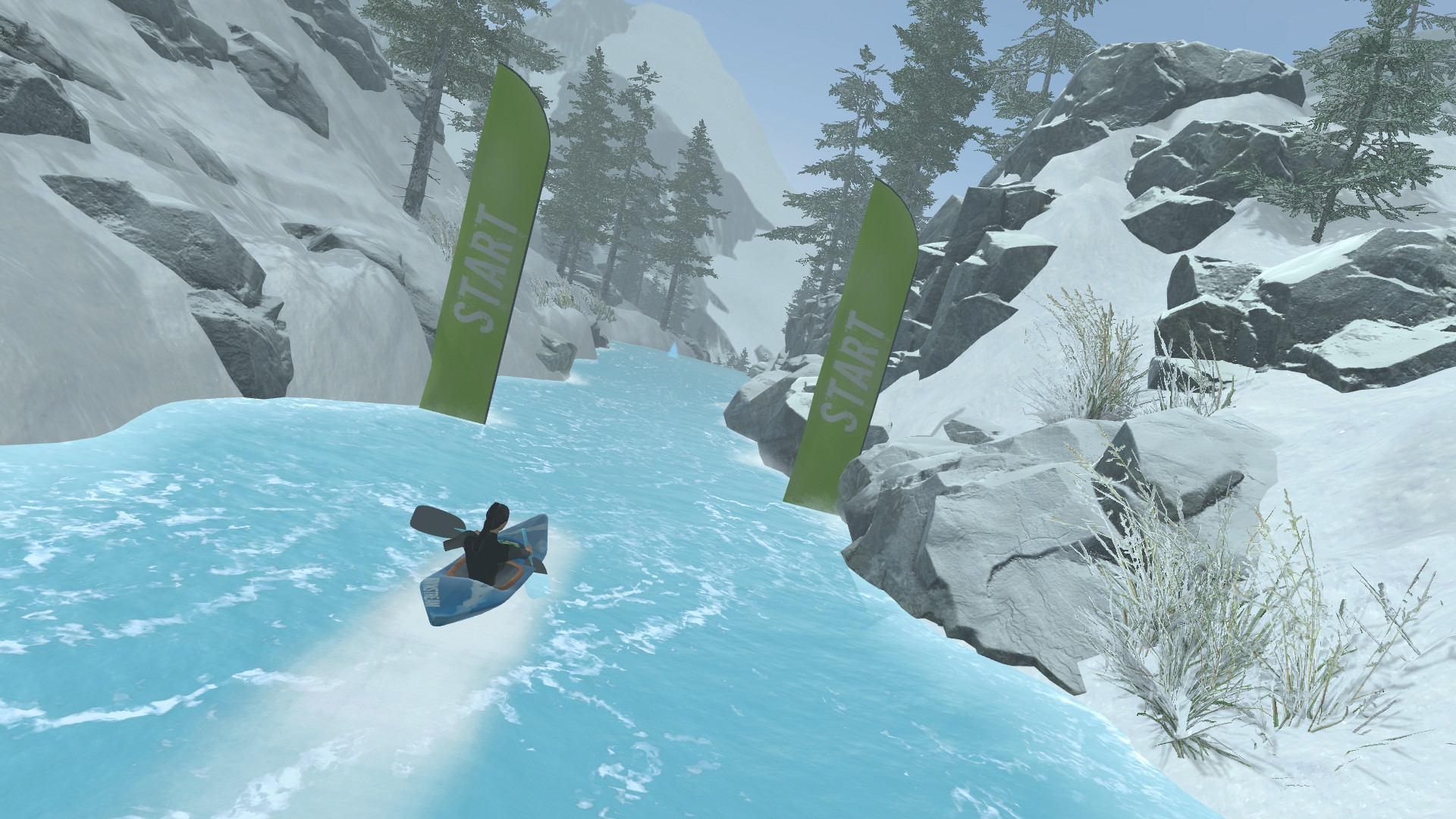 "We’re in the final stages of development with DownStream– fine tuning the look of it, second round of testing and just making sure it’s in a great state for launch."

I think they would like to create their own walled gardens and use that to leverage player away from their competitors. I can understand why, from a business point of view, they would make that decision but I think it ultimately just frustrates players. Recently we have seen some movement on this with Fortnite and some other big games so hopefully things are changing.

Thanks a lot for the great interview! We’re in the final stages of development with DownStream– fine tuning the look of it, second round of testing and just making sure it’s in a great state for launch. We’re excited for our launch soon!