Read our final verdict on Dragon Age Inquisition across all five platforms.

Following up on our initial analysis of  Dragon Age Inquisition, we spent a few more hours playing Bioware’s magnum opus across all the five platforms. We are pleased to report that this is perhaps Bioware’s most optimized game till date with solid performance across the current generation consoles and PC. As we mentioned earlier, developing a AAA open world game across five platforms is a mammoth task but Bioware have tackled this situation head on.

Regardless of the platform you will be playing Dragon Age Inquisition on, you will notice how open ended the environments are. This is a major gain compared to Dragon Age Origins and Dragon Age 2. One of the things that will immediately capture your attention is the intricate art style. It will be difficult for most players to not stay still for a moment and appreciate the amount of dedication that Bioware have put in the game, regardless of any platforms you may play the game on.

Dragon Age Inquisition runs on the powerful Frostbite 3 engine, the same which has been used to power the Battlefield series. The amount of scalability offered by the Frostbite engine is second to none, resulting into one of most optimized cross generation games in recent years. Let us begin with the PC version first as it’s essentially the most optimum version out there, provided you have the muscle to pull it off. Bioware have provided a host of options on the PC version, making it a delight for anyone who believes in the PC master race. 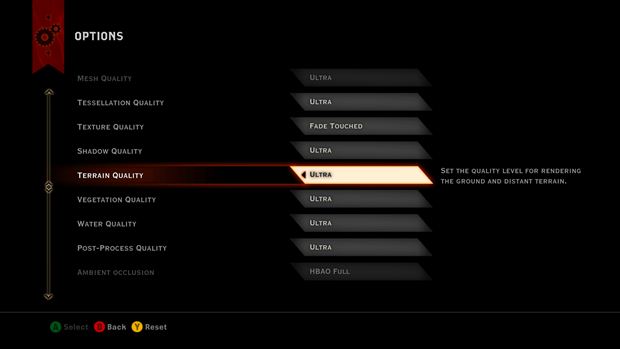 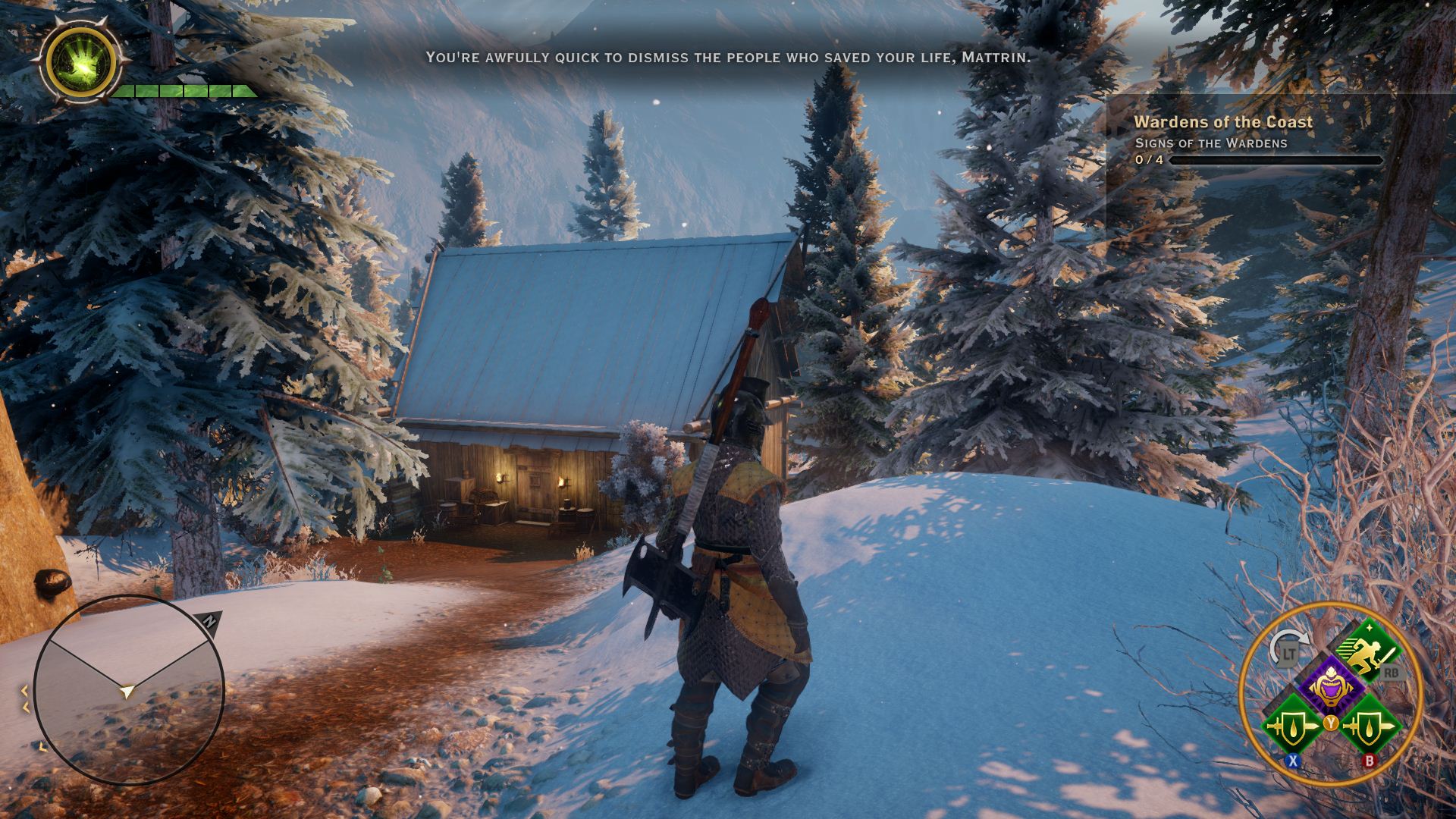 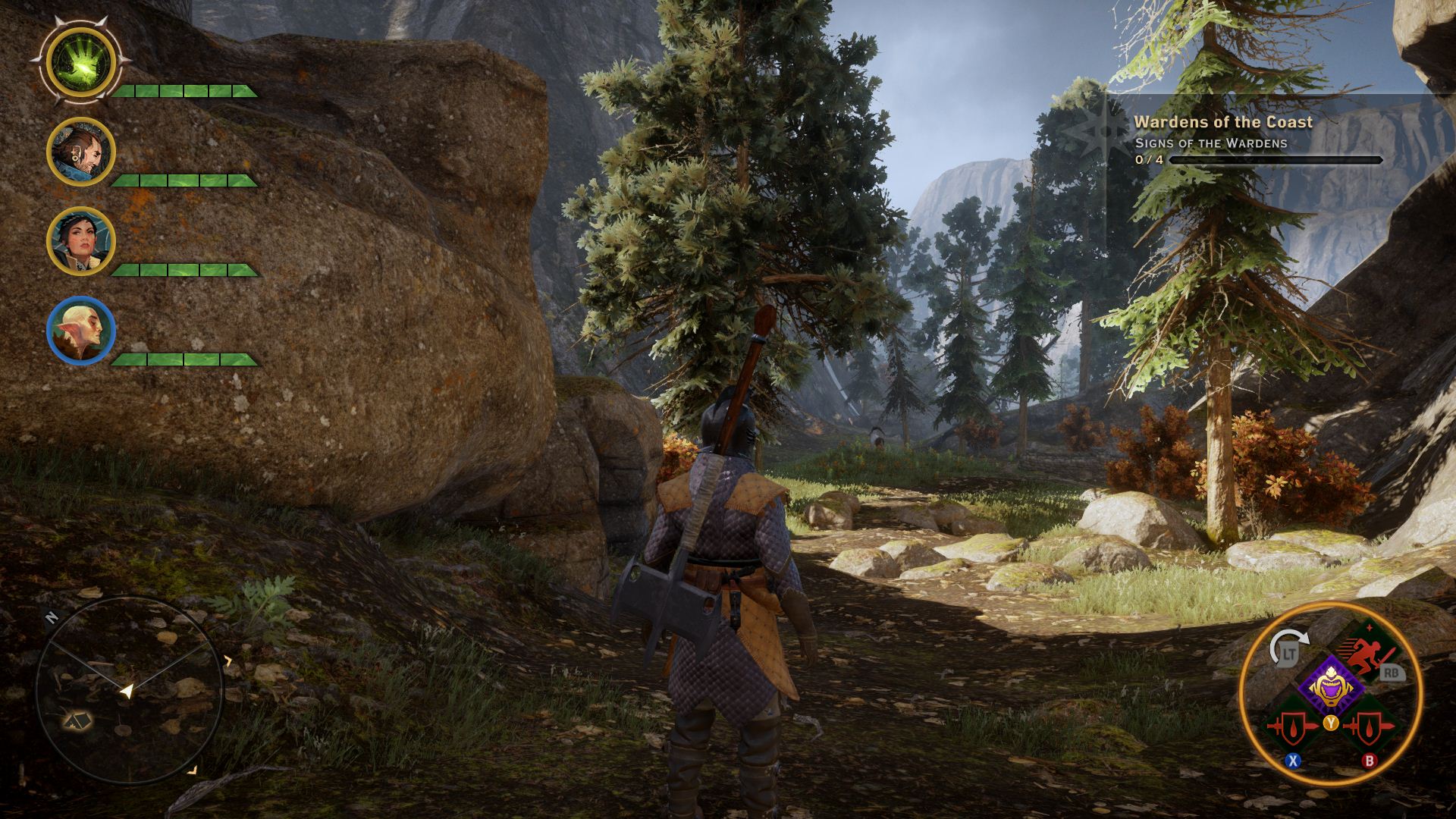 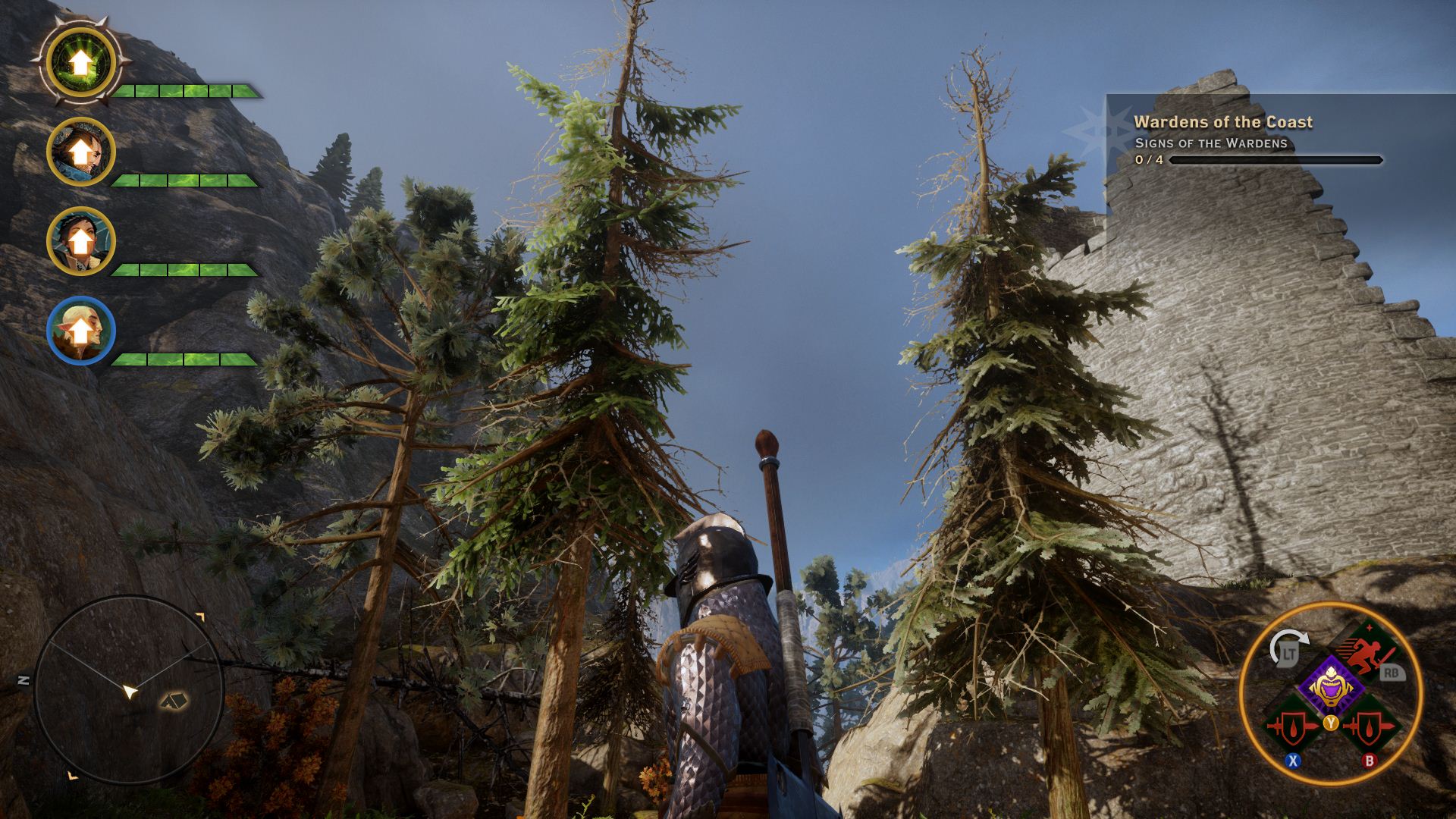 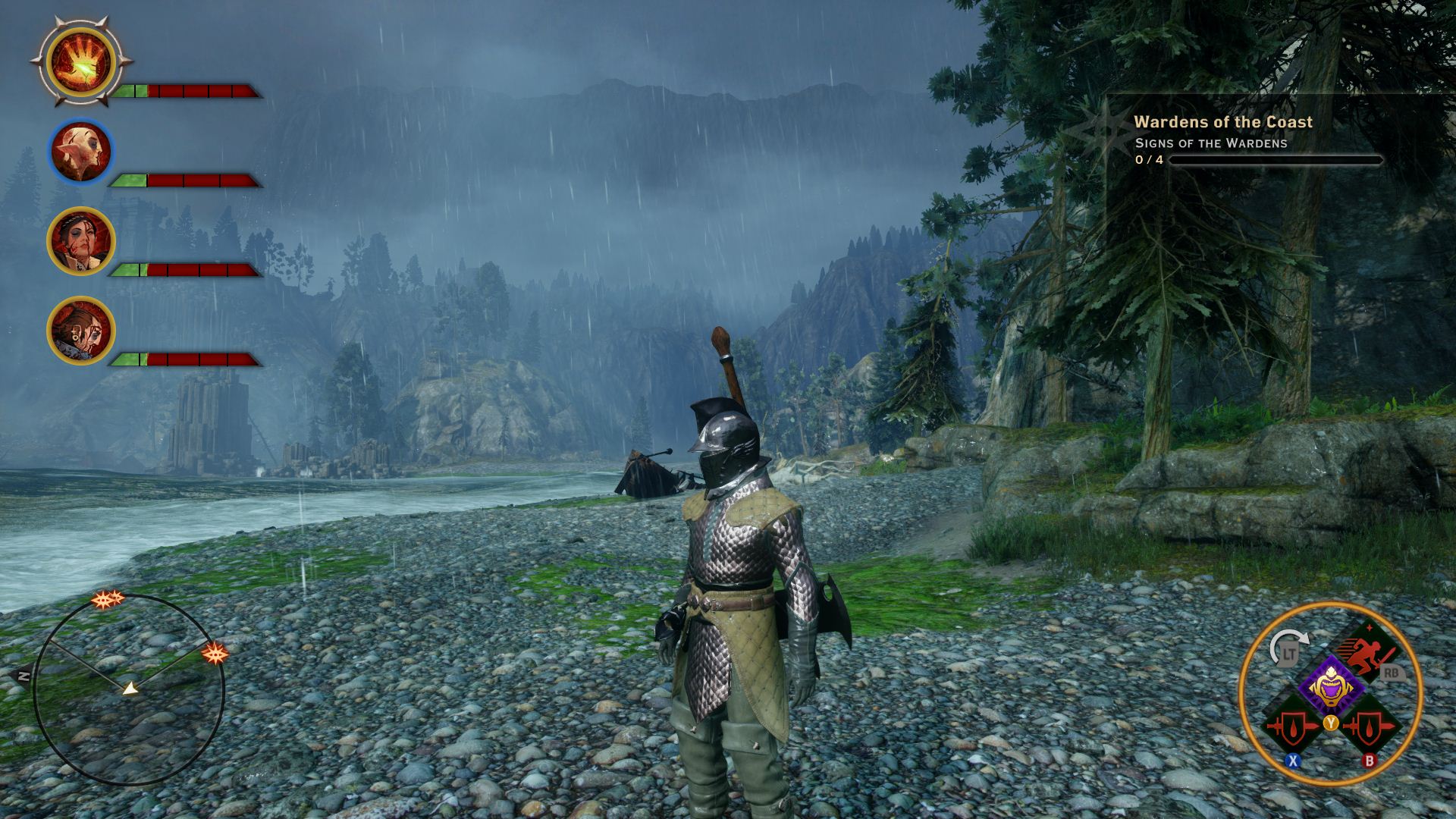 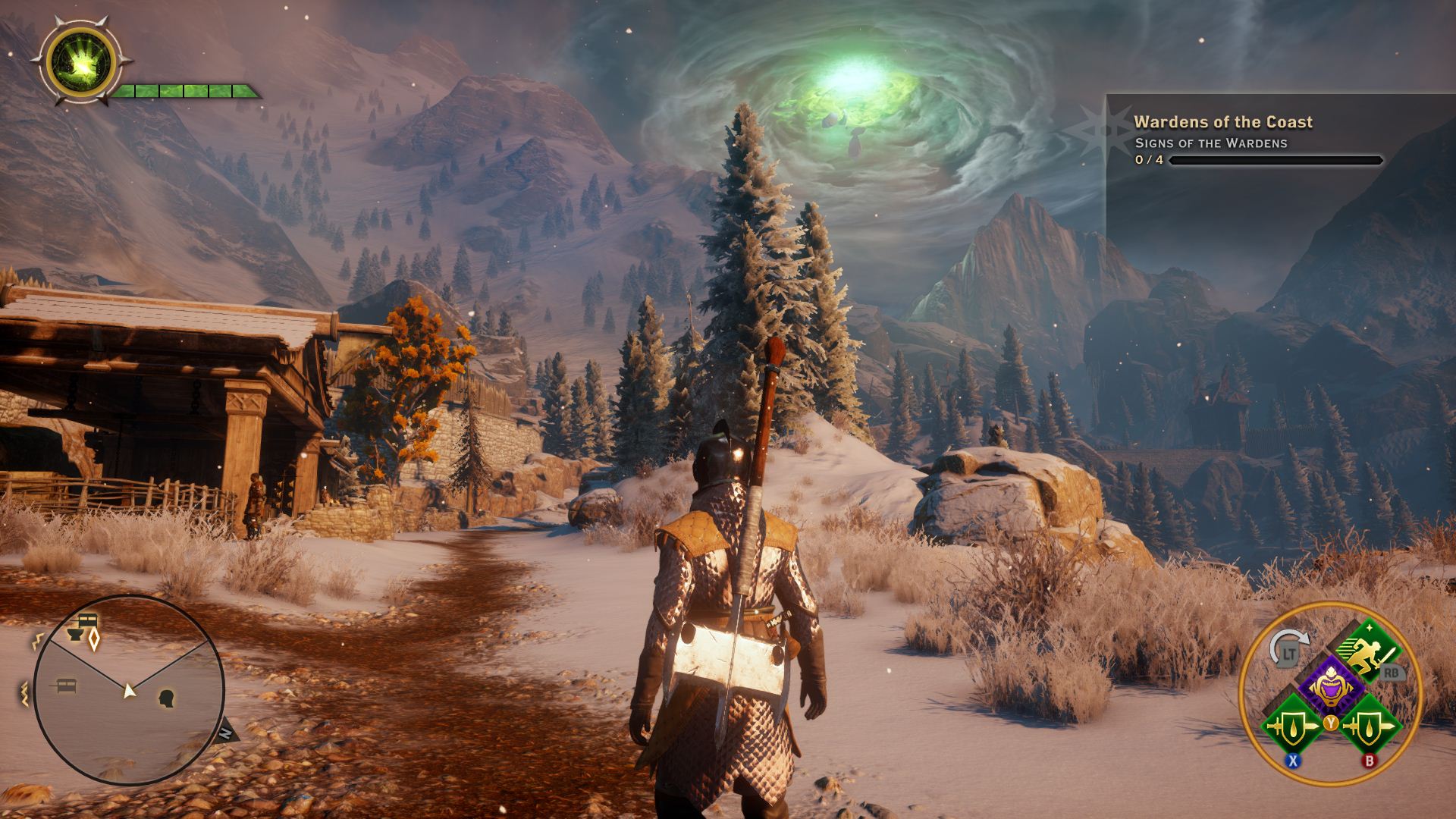 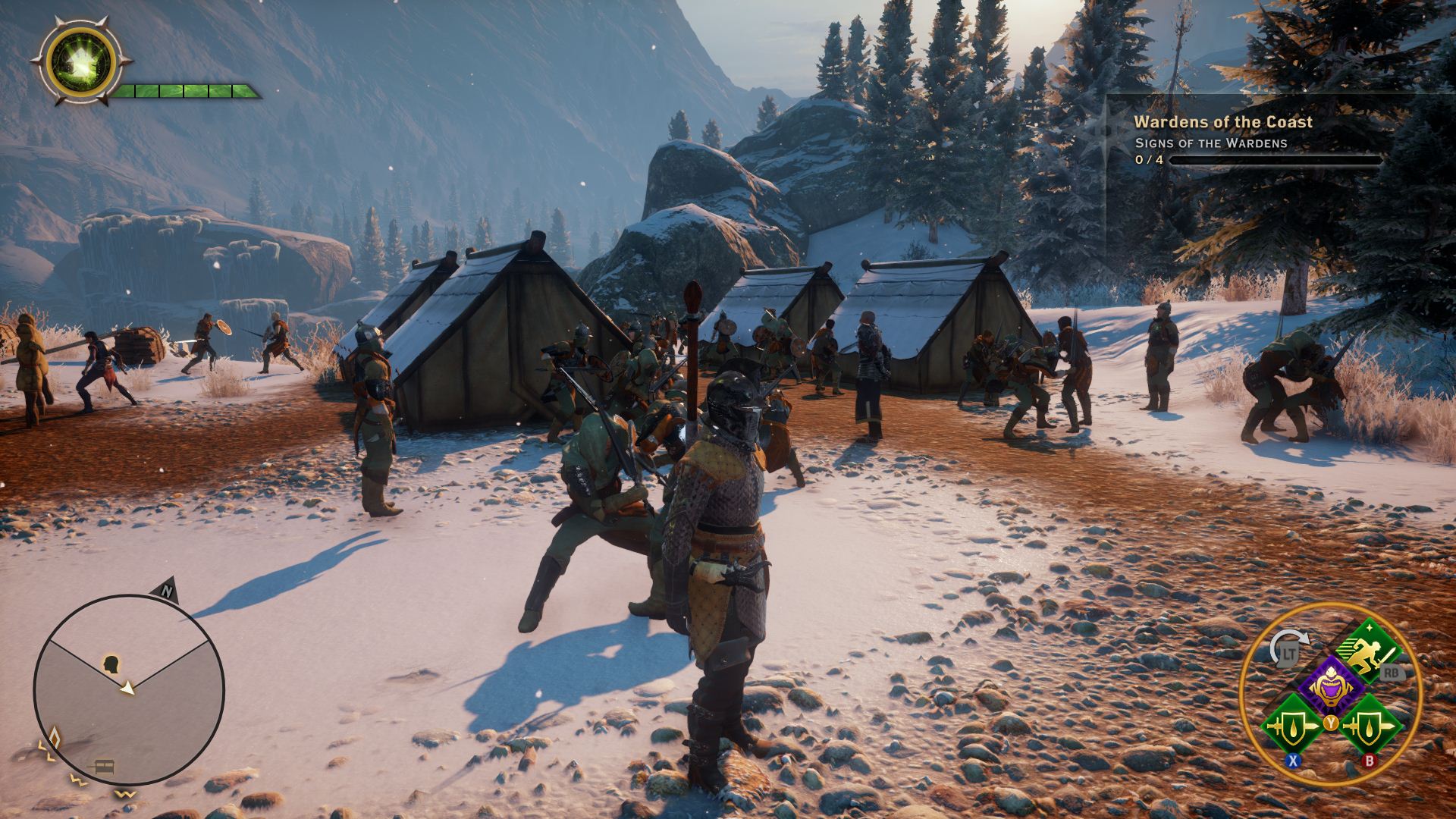 A selection of screenshots from the PC version captured at full 1080p at Ultra Settings.

We tested the PC version on an R9 290X2 and AMD FX-8350 8-Core 4.0 Ghz and were able to hit a stable 30 frames per second with everything turned up to ultra. The PC version provides up to 4X MSAA but we were able to hit the golden standard of 60 frames per second when we dropped it down to 2X MSAA. Bioware have provided a ton of graphical parameters to play with which includes Mesh Quality, Tessellation and Ambient Occlusion making Dragon Age Inquisition one of the most scalable PC games out there.

Furthermore, the game runs at 30 frames per second most of the times on the PS4 and Xbox One versions. But during our tests we found out that in intense situations the PS4 version has an advantage over the Xbox One. Another advantage that we noticed is the level of detail [LOD] in the PS4 version is slightly superior resulting into better texture quality and filtering. However it must be noted that the differences are few and far  between and the common player might not even notice the minor drops in frame rates. Other than that the game utilizes post processing anti-aliasing solution on both the PS4 and Xbox One versions resulting into an image which is almost free of any noticeable jaggies. 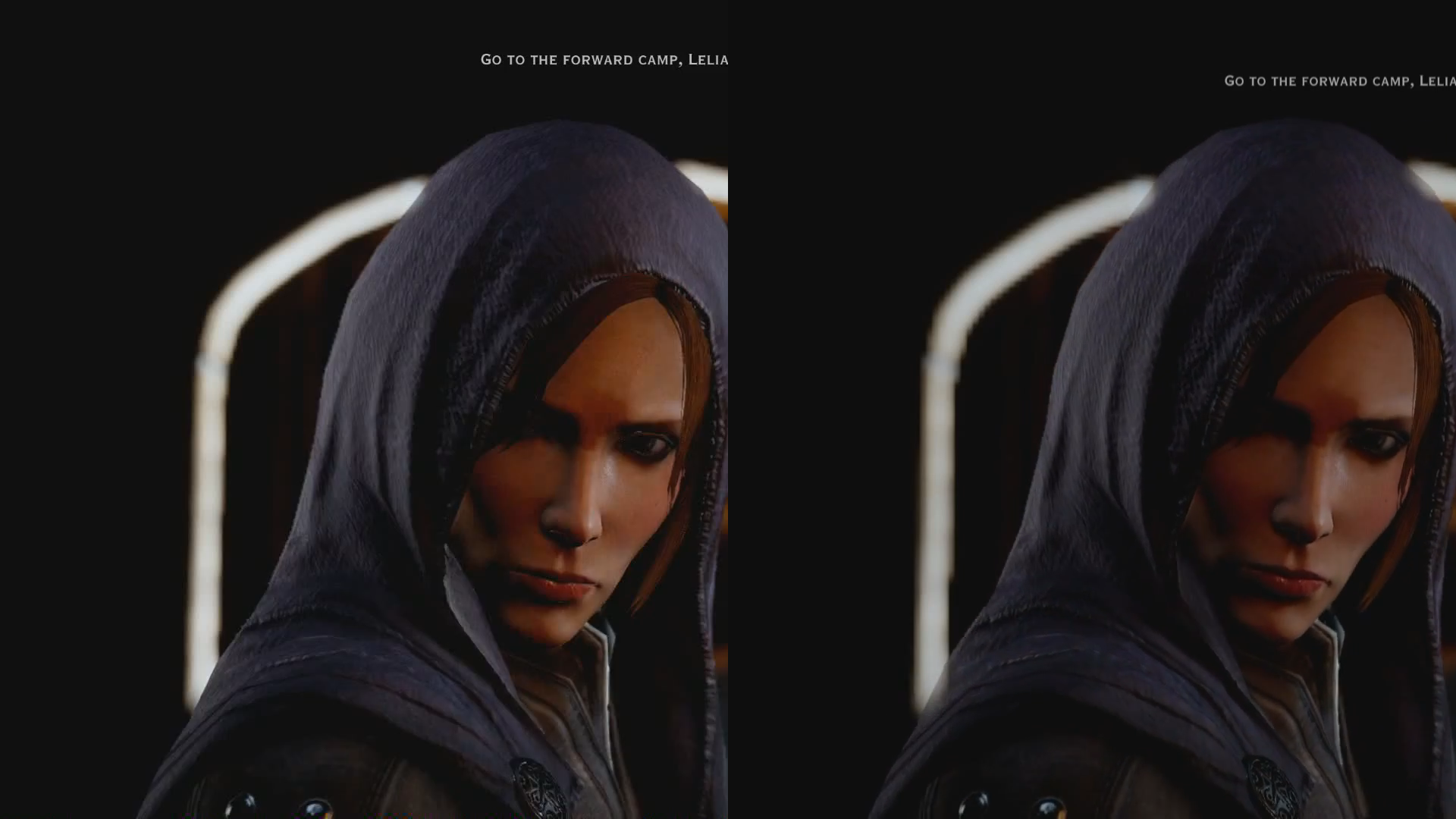 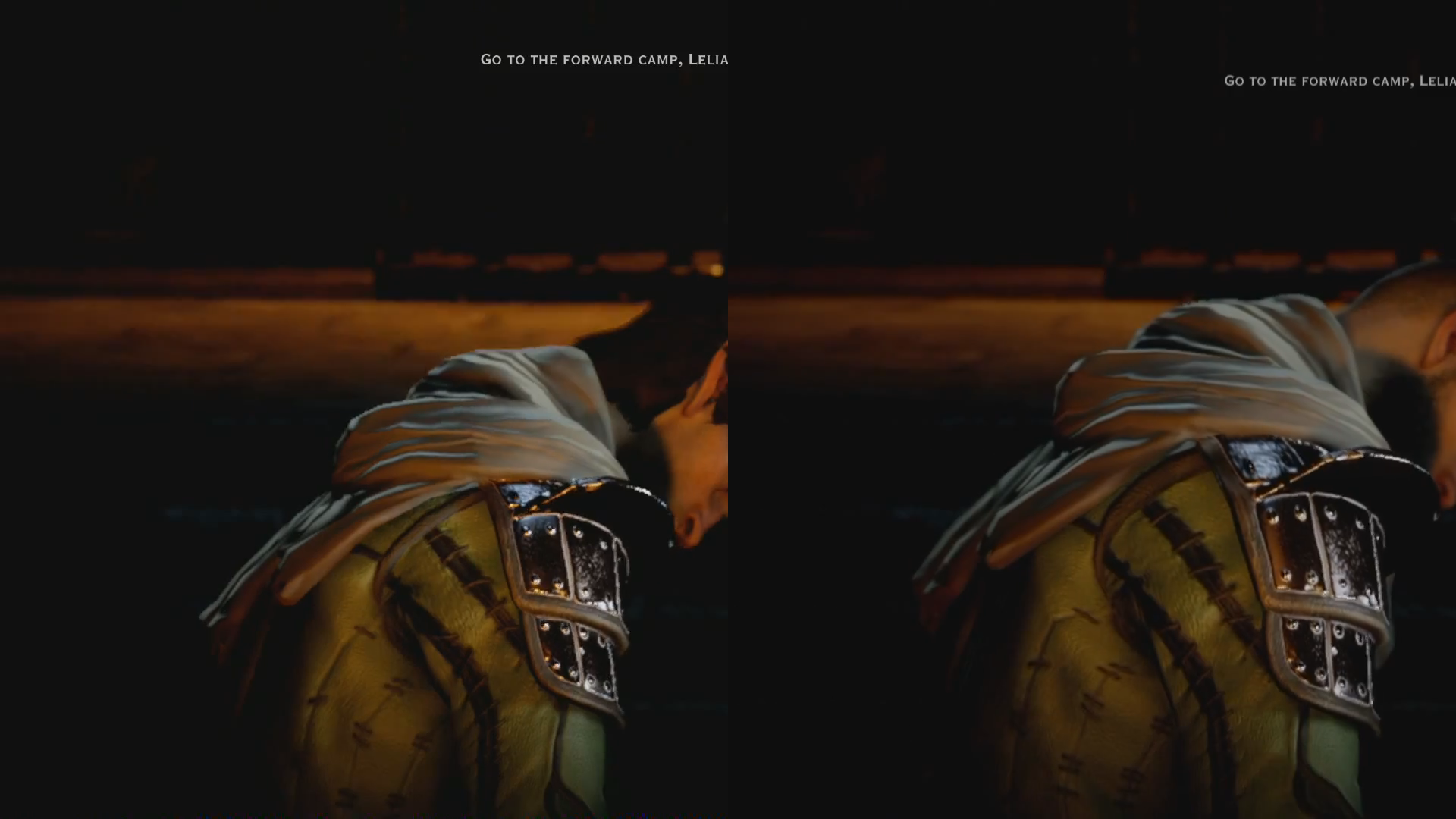 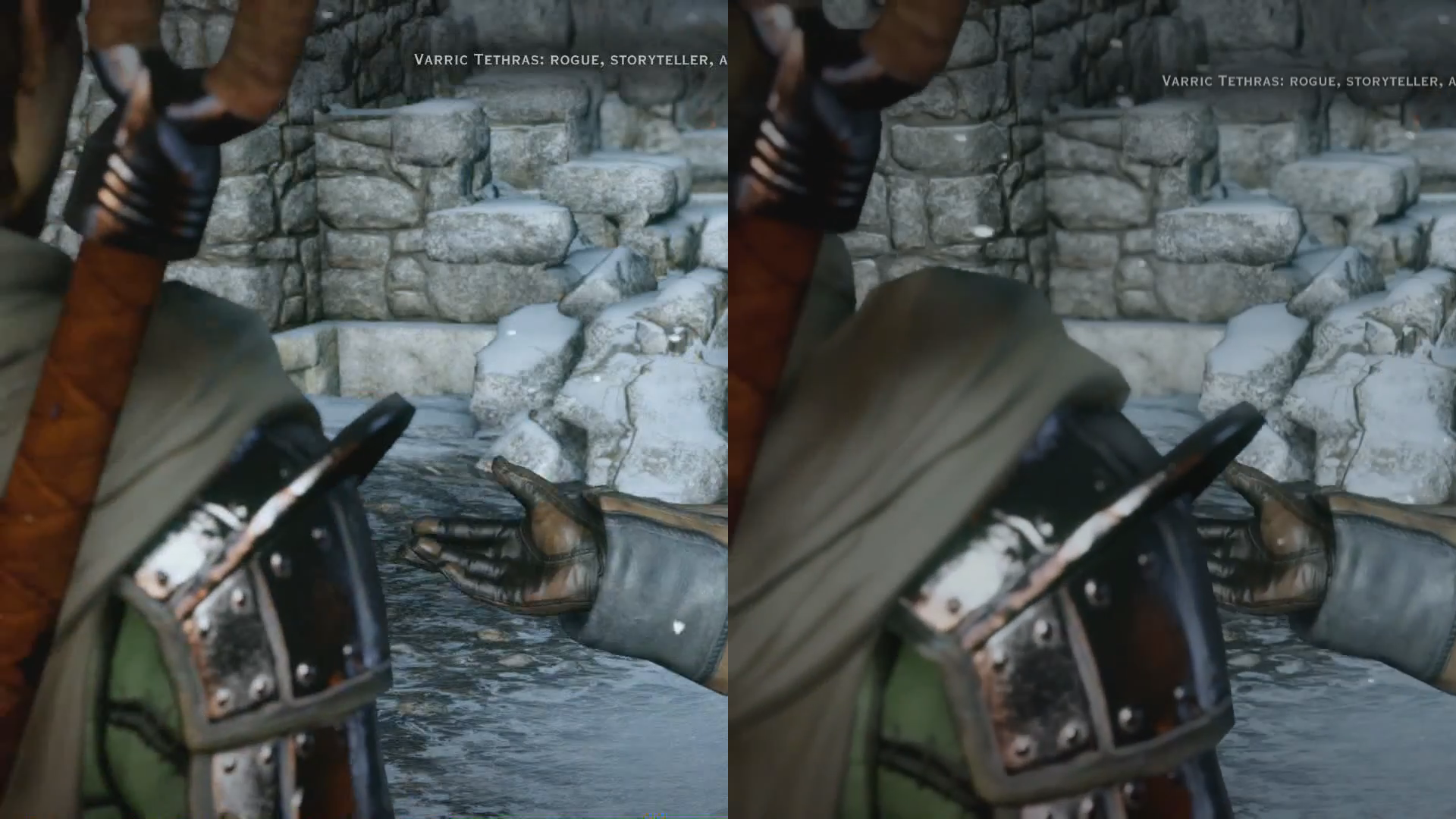 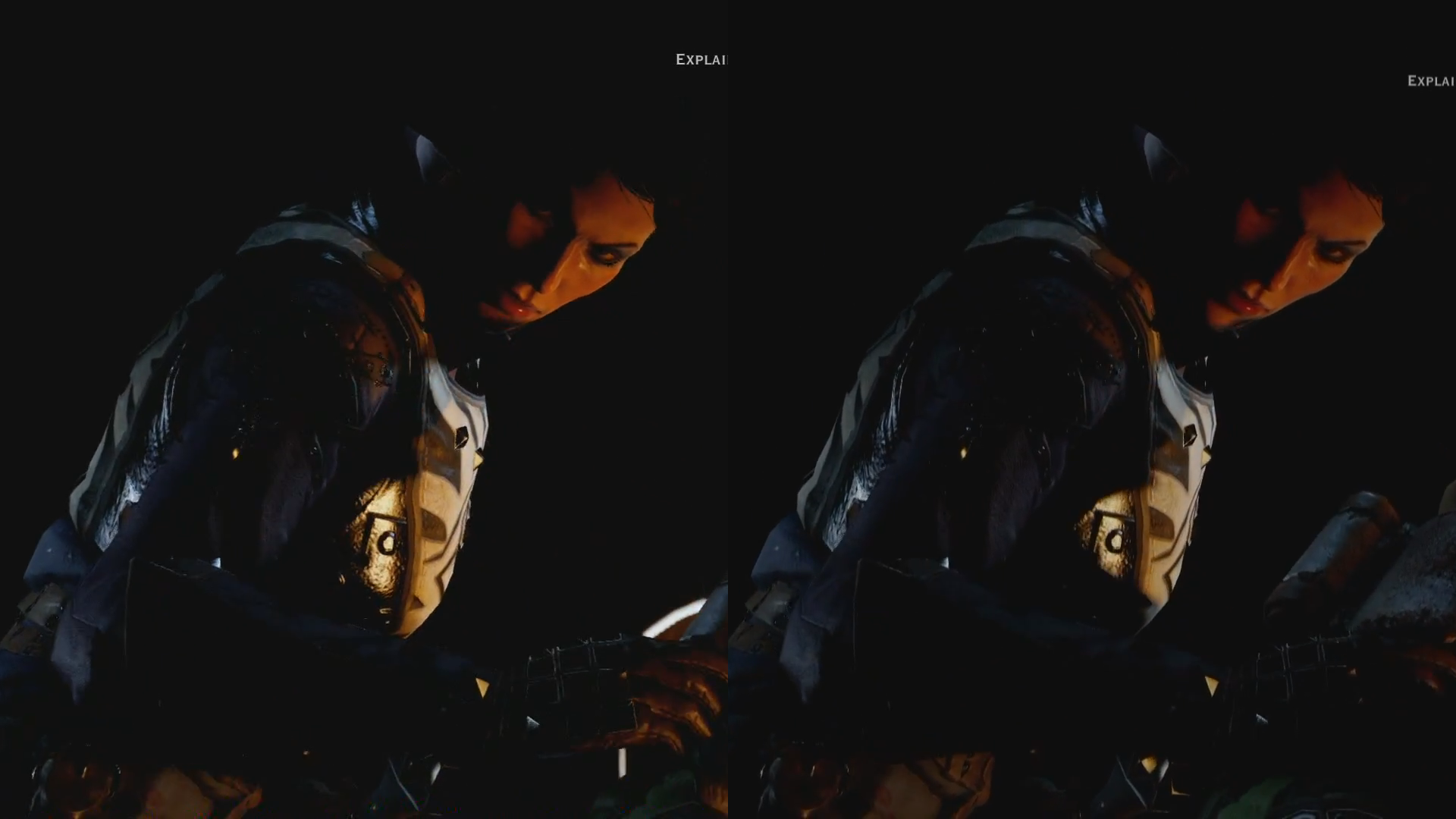 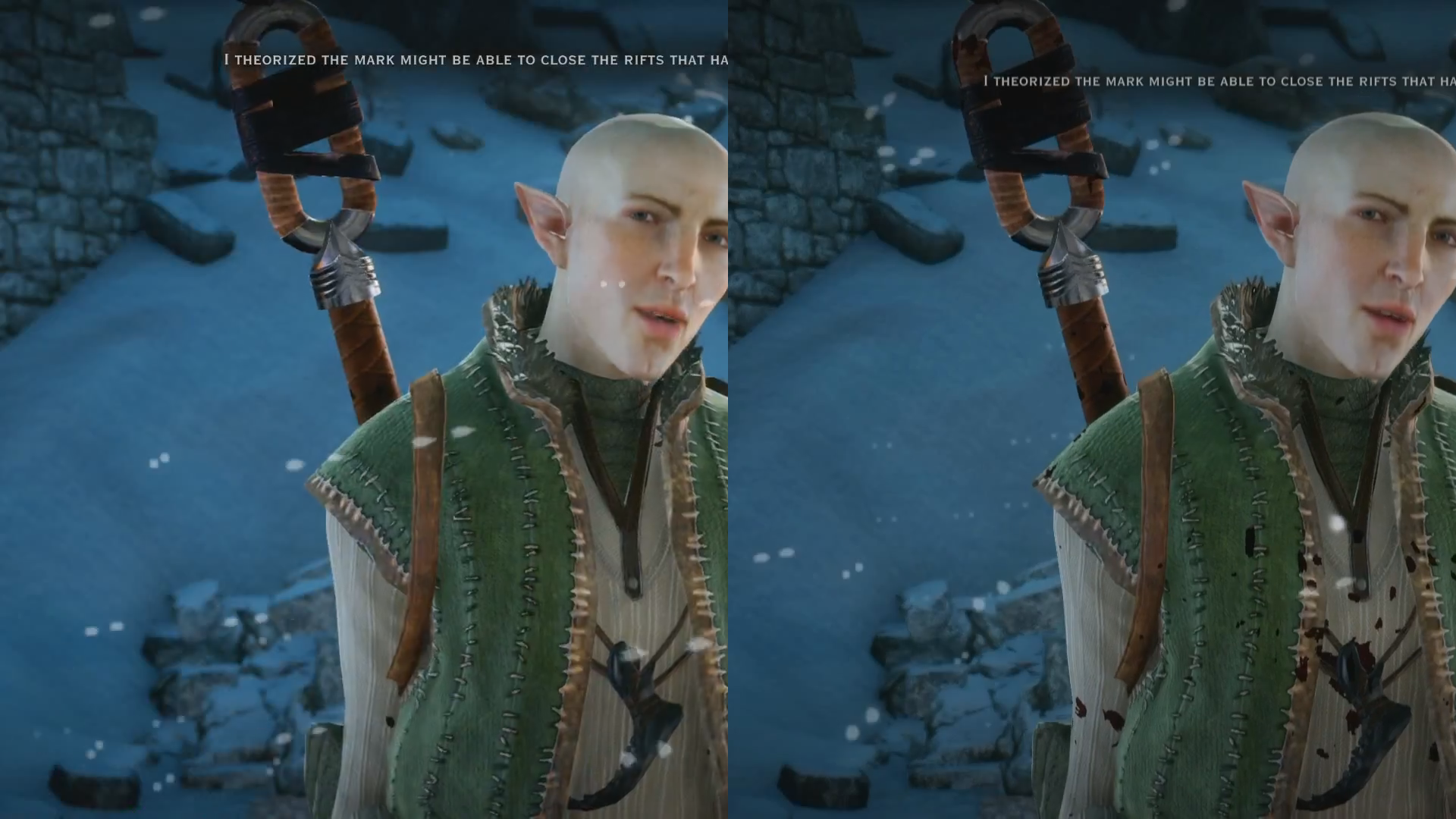 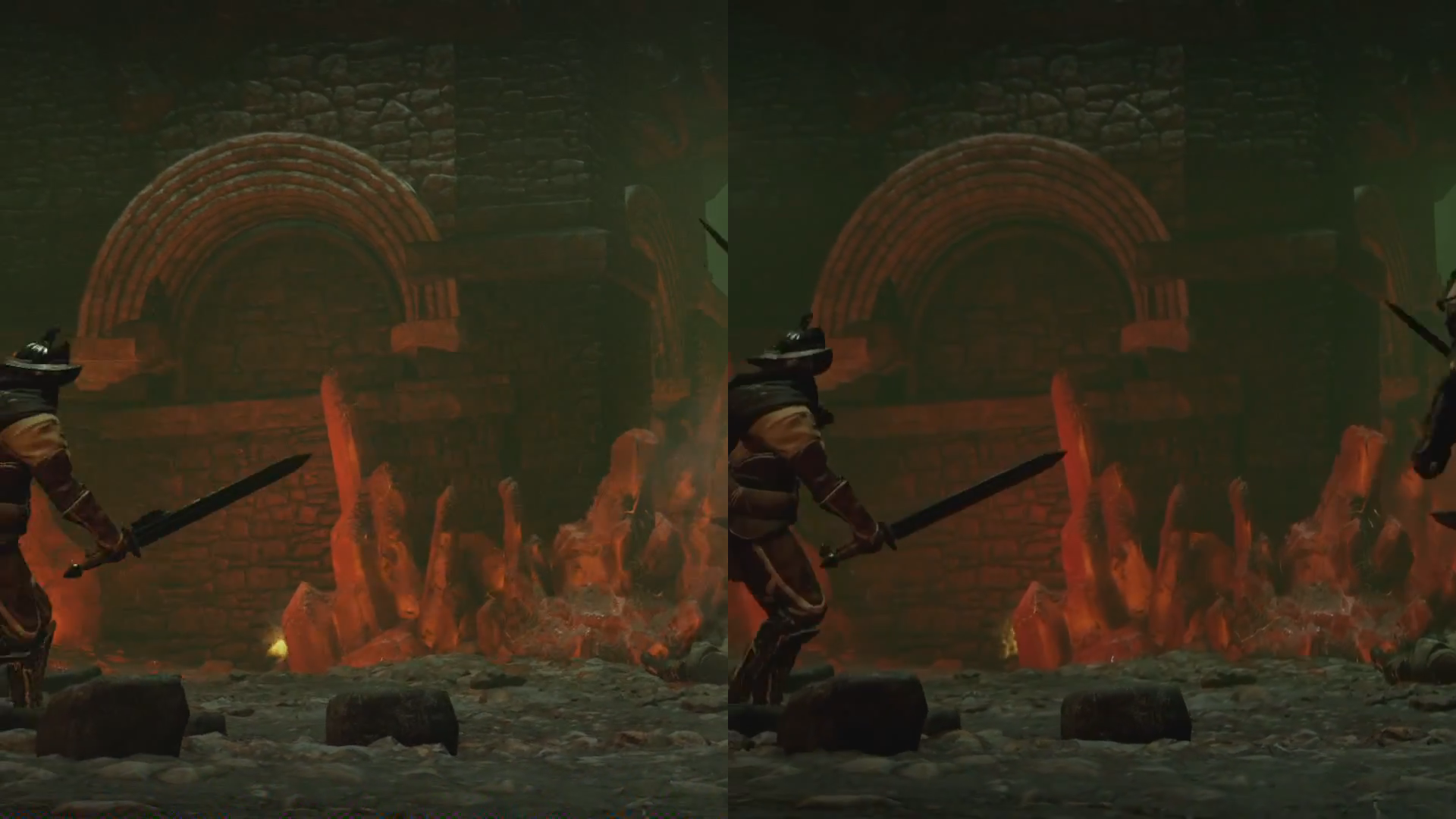 A slow motion comparison between the PS4 and Xbox One versions and a selection of screenshots from the PS4 [right] and Xbox One [left] versions.

Other than that the character models, effects quality, water and terrain quality, lighting and shadow quality are similar across the two platforms. Both the versions utilize HBAO resulting into an extremely cinematic experience. All the three platforms utilize SpeedTree, a popular vegetation programming and modeling middleware, resulting into an increased density in foliage and density. In short, the current gen versions are no mug and are up there with the superior PC version.

Speaking about the last generation versions, the PlayStation 3 and Xbox 360 are limited by almost 10 year old hardware and technology. It will be unfair to compare them to the current gen and PC versions as some of the modern graphical technology is simply not possible on them. Given the scope and scale that Bioware are aiming for Inquisition, there were a ton of issues such a pop ins and lower resolution textures that we encountered specially on the PS3.

Although performance wise both the PlayStation 3 and Xbox 360 versions are identical and both of them take a hit as the frame rate was a bit unstable during some of the intense scenarios. But the on the PS3, we experienced texture streaming issues where the character model’s attire would load extremely slowly. This is expected since out of all the five platforms, only the PlayStation 3 has a different internal architecture so porting might have been a challenge for Bioware. 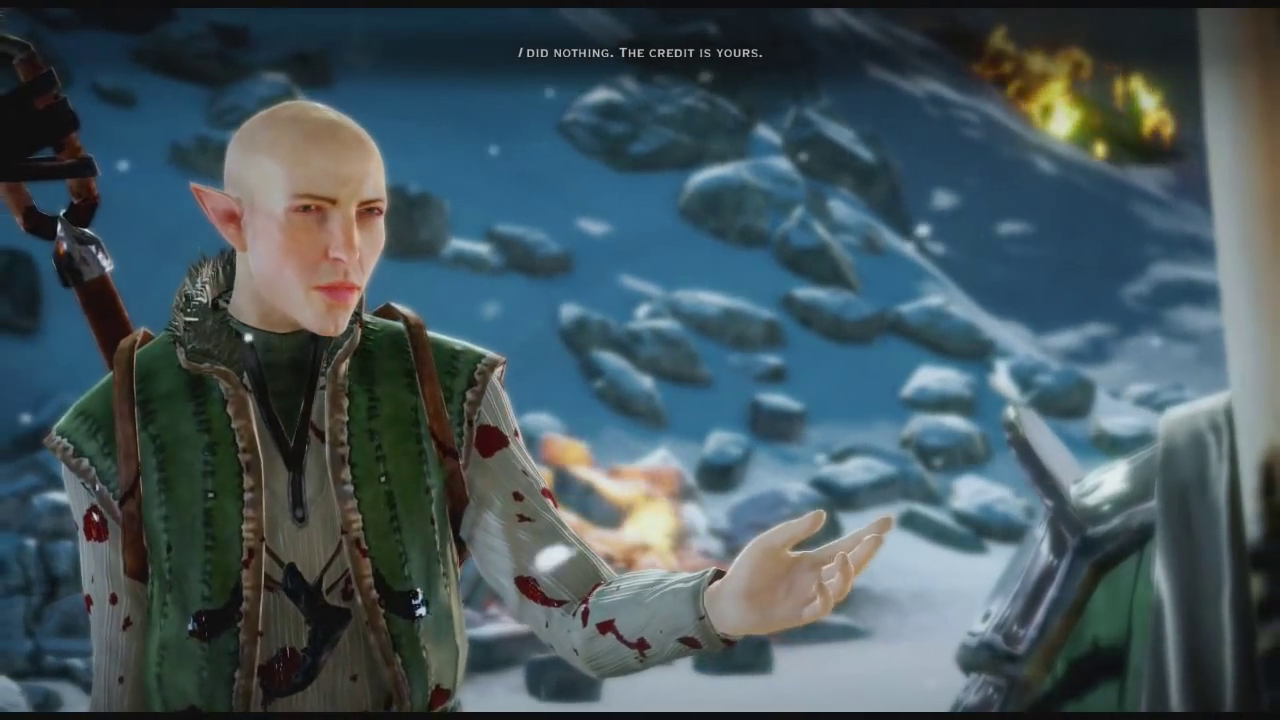 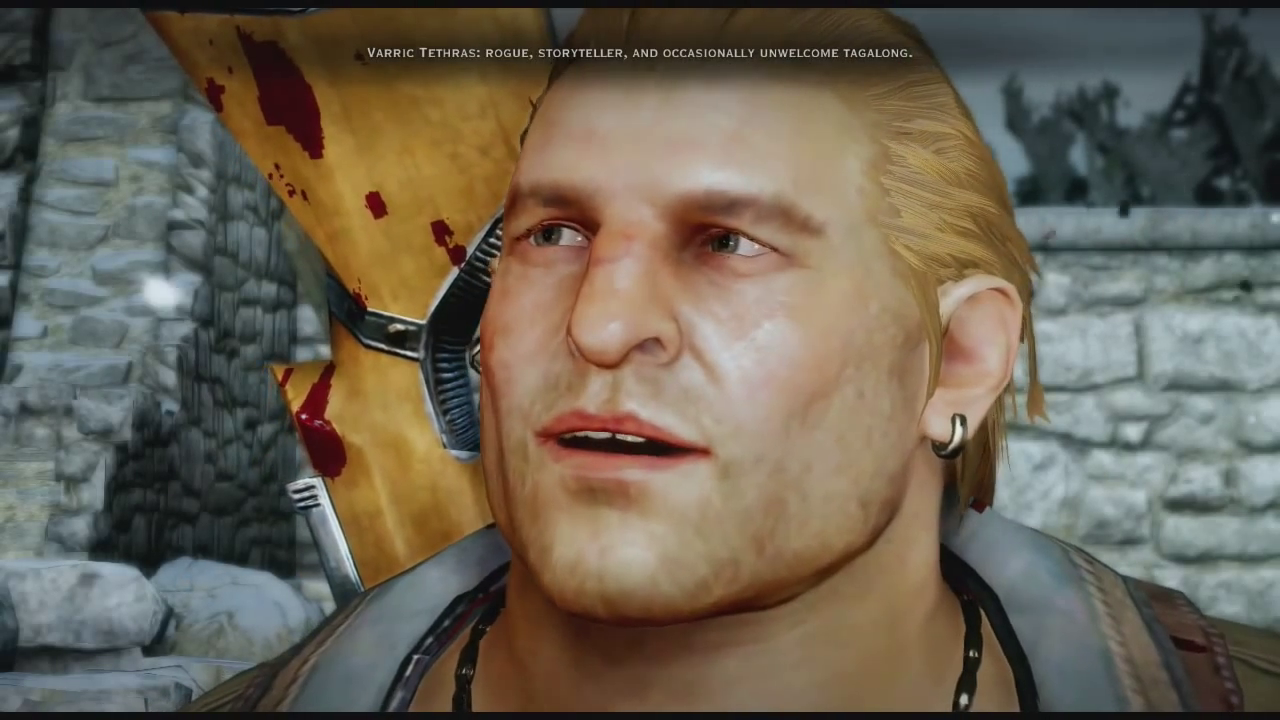 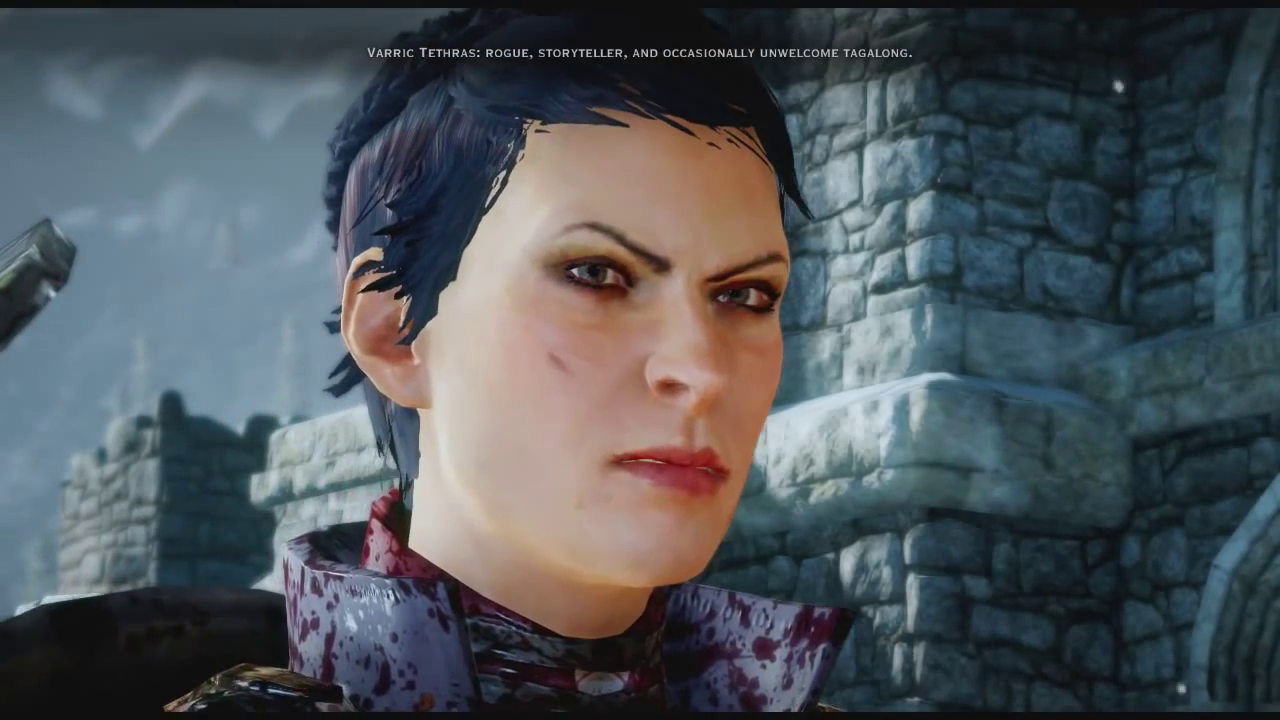 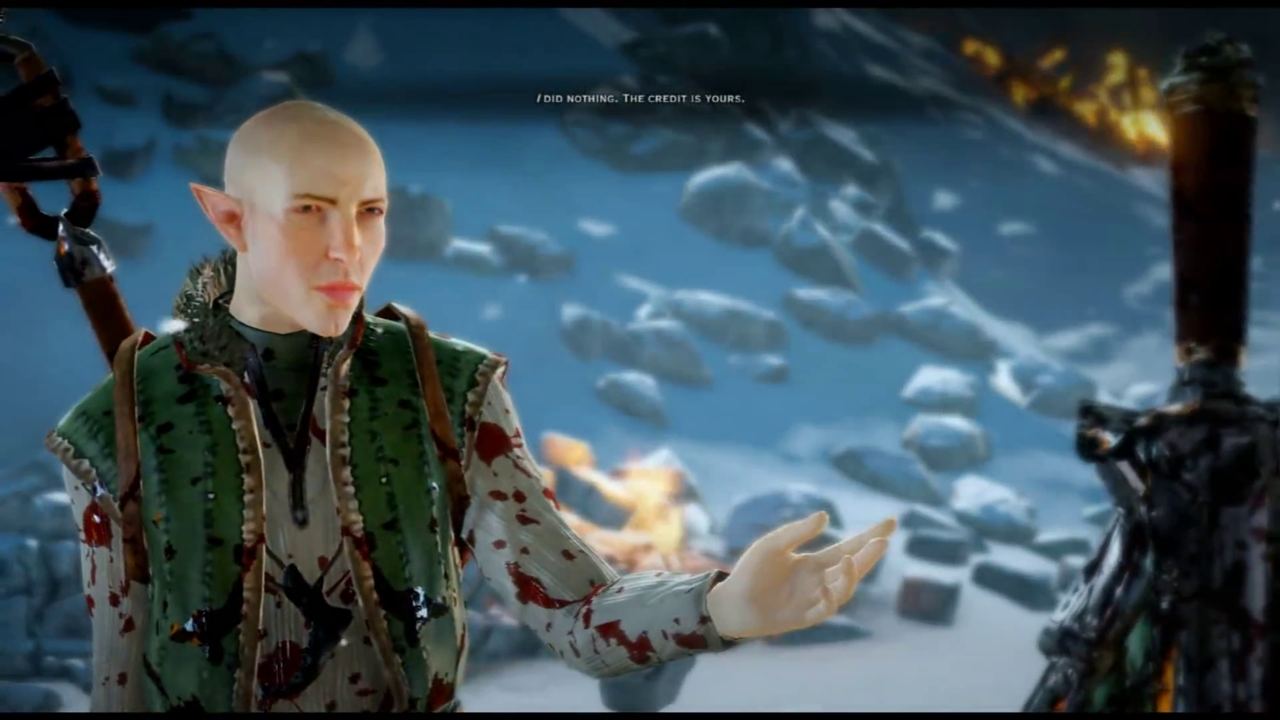 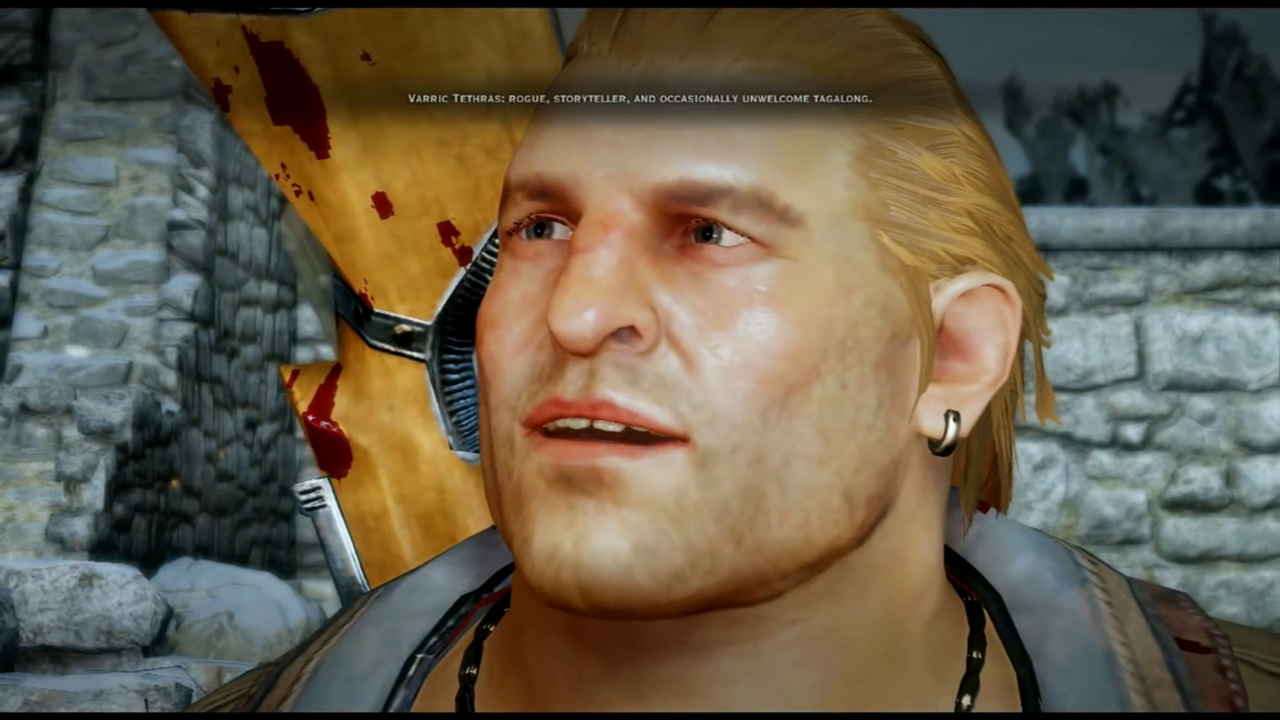 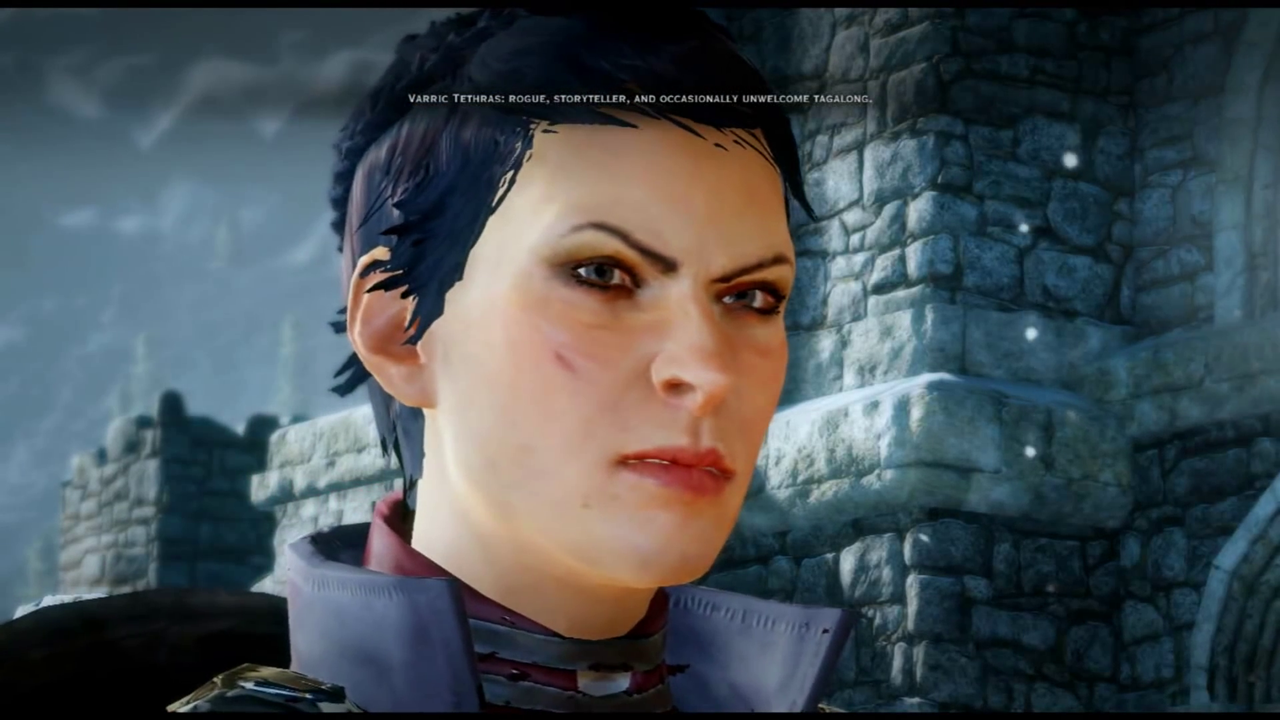 Bioware’s Dragon Age Inquisition is a great step forward for the series as well as for the studio. DICE have essentially developed a beast in Frostbite 3, a engine that is scale-able across a multitude of platforms and genres. If you have a powerful rig, the PC version is a no brainer and is the most quintessential way to experience Inquisition.

The PS4 and Xbox One versions are almost similar but better performance and image quality gives Sony’s console the lead here and those stuck with last gen consoles should opt for the Xbox 360 version. However all platforms suffer from minor hitches whenever a cutscene kicks in. Bioware may patch it out in the future but there is no confirmation about it yet.

In the end, Dragon Age Inquisition is a fantastic game and if you are stuck with an inferior version, we suggest playing it through regardless. The game provides hours and hours of fun exploration and gameplay mechanics that sets it apart from some of the best role playing games in recent years. It’s an experience that should not be missed.