Dragon’s Crown Pro Review- Once More, For the Crowd

What was old is new again.

Dragon’s Crown Pro is a re-release of the original game, which launched in 2012 for PlayStation 3 and PlayStation Vita. Its blend of side scrolling brawler action and traditional D&D/Tolkien fantasy sensibilities instantly endeared it to a legion of fans, who catapulted it into being one of Atlus’ most successful releases to date at the time. In spite of its divisive character design, fans fell in love with it for a multitude of reasons- reasons that help keep the game great upon its re-release six years later.

There’s a reason I have spent so much time talking about the original game in this review purportedly of its re-release- most of the package is pretty much the same. While there has been a spiffing up done to make it look prettier even than it did back then, the actual core gameplay and mechanics remain largely the same now as they were back then. You still pick a character to play from up to six classes- with each character having their own pool of movies, their own abilities, and their own entirely different play style. You still make your way through fantasy worlds in the vet of old side scrolling action games. The action can still be as straightforward or as nuanced as you want: the casual player will find they are able to make their way through the game simple mashing the Square button by and large, though much of the satisfaction will be lost that way (and some of the harder mobs and fights will give them more trouble than if they were playing the game properly). On the other hand, a whole raft of abilities that you can unlock for yourself and make good use of add so much more dimension and depth to the game than it otherwise would have. 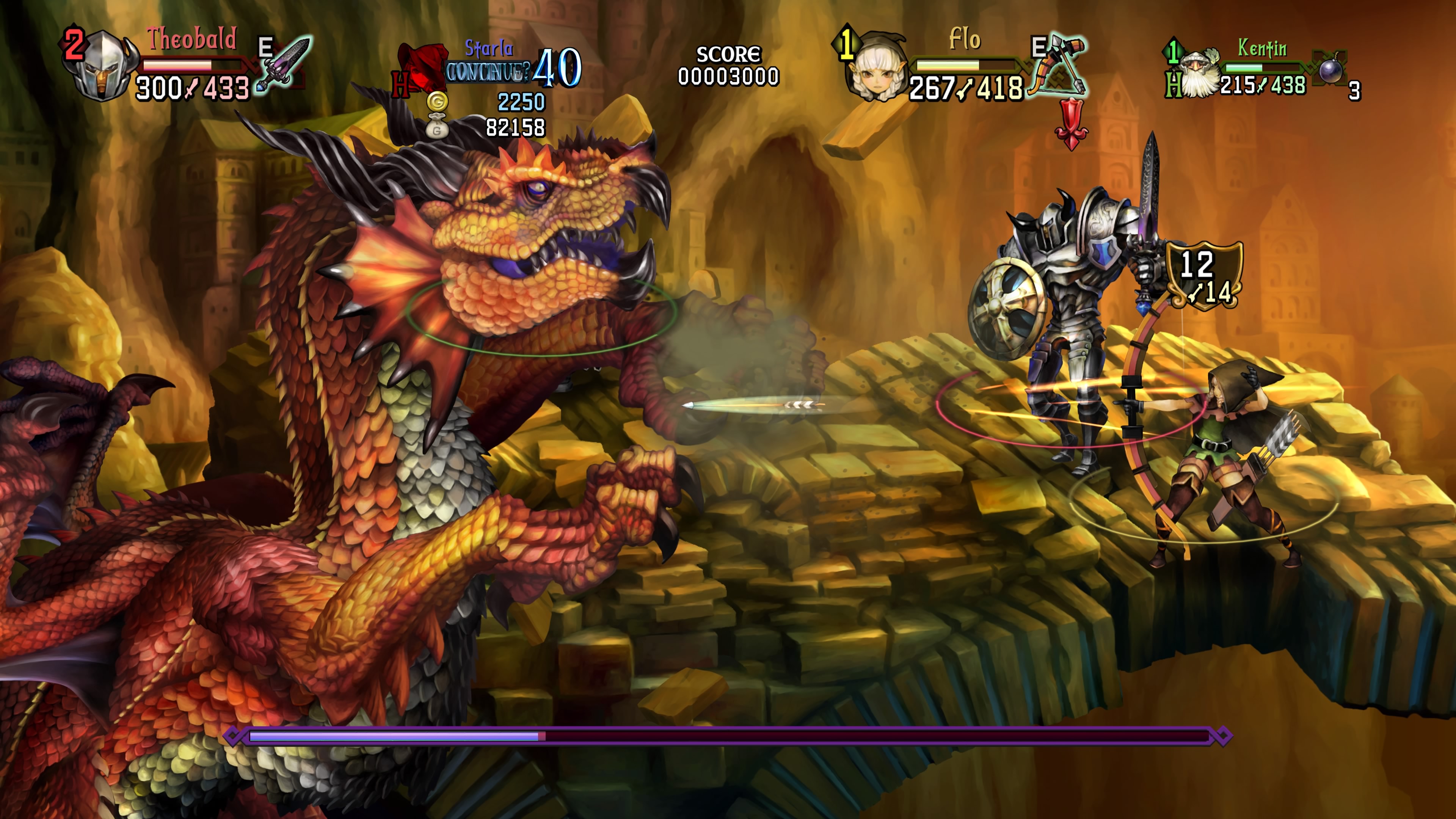 "All of these were strengths of the game back then, and they are strengths now. Dragon’s Crown’s deft mix of action and RPG gameplay is enough to keep you compelled through its length in and of itself, but once you throw in the ability to play with others, the experience gets elevated multifold."

The game still retains its Metroidvania-lite structure- once you have leveled up, and gained new abilities, you can revisit older areas, and find new quests, new loot, new bosses, and new shortcuts to help you navigate the world. You still manage your stats, gear, loot, and abilities. And, much like the original Dragon’s Crown, and to pay homage to the plucky group of adventurers who wielded their pens and papers to party up and venture into dark dungeons in the 1980s, up to four players can still play together as they try to navigate the game’s world.

All of these were strengths of the game back then, and they are strengths now. Dragon’s Crown’s deft mix of action and RPG gameplay is enough to keep you compelled through its length in and of itself, but once you throw in the ability to play with others, the experience gets elevated multifold. However, much like the game has retained its strengths through the years, so too it has kept its weaknesses- and those weaknesses stand out much more now, given the passage of time, and the fact that Vanillaware had every chance to address them, but they didn’t—while other games have moved far ahead in those regards.

So, for instance, consider the story- it was barely serviceable back then, and it doesn’t work all that well now. It strikes me as a missed opportunity, because while I appreciate Dragon’s Crown’s attempts to get out of the way and to let you fill in the gaps and make this your adventure, it provides far too little contextualization for you to immediately feel invested in the button mashing chaos that unfolds on screen. It comes off as even more of a missed opportunity, since the game has a charming storybook style that it uses to tell its tale and weave its yarn- except there isn’t much of either, so it’s just left spinning gears, mostly. 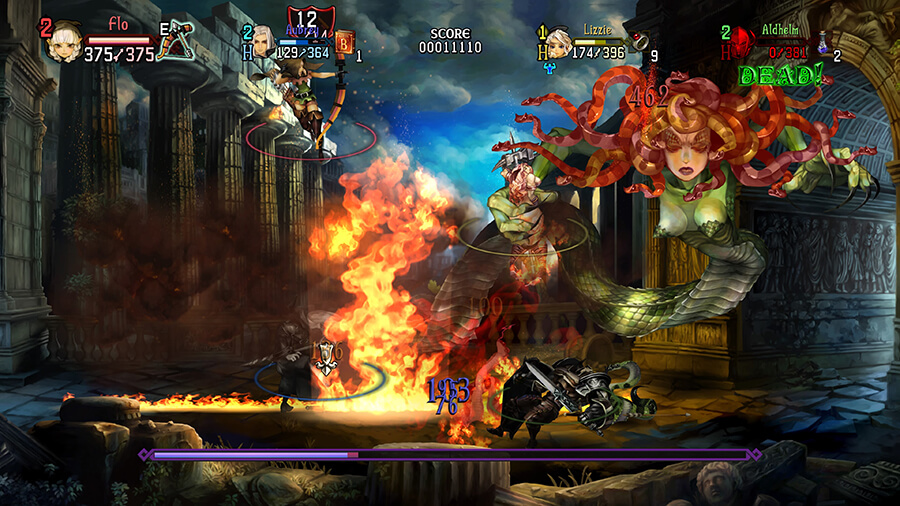 "Much like the game has retained its strengths through the years, so too it has kept its weaknesses- and those weaknesses stand out much more now, given the passage of time, and the fact that Vanillaware had every chance to address them, but they didn’t"

The problem is made worse by the fact that the game also, at least at first, is extremely easy and far too simple to cheese your way through. As I have already mentioned, you can mash Square and make your way through a significant portion of the early stages- with the gameplay being as easy, and the story barely non existent, it is far too easy to get disengaged with the game entirely.Then there is the question fo the character designs- look, they were always going to be divisive, but they stand out even more today than they did back then. Whether or not you like them depends on your tolerance for this kind of thing (many of you will probably not want to play the game when your family is around), but just know that Vanillaware were totally faithful to the original game’s look with this remaster- with the good and the bad that that entails.

In fact, that look was further enhanced, thanks to the fact that the game now runs in stunning 4K, as long as you are playing it on the PS4 Pro.

In spite of the problems I have been enumerating, however, it is undeniable that this is an attractive package, one that pays as much heed to the legacy of its progenitor as much as it does to its own fans. Take, for instance the fact that your save files from the PS3 and PS Vita versions can carry over to this new version- so if you played through a substantial portion of Dragon’s Crown six years ago, and are tempted to pick it up again on PS4, you don’t have to start over. You can pick back up exactly where you left off. In fact, Vanillaware went one step further, and also added cross platform play between the PS4, PS3, and PS Vita versions of the game- so the pool of players has now increased, and you’ve that many more chances of playing with others. On the other hand, the fact that the PS4 version can have that kind of compatibility with the PS3 and PS Vita versions should also tell you how much more it brings to the table in terms of actual content- hint: it’s not much. The new game even shares the same Trophy list as the originals. 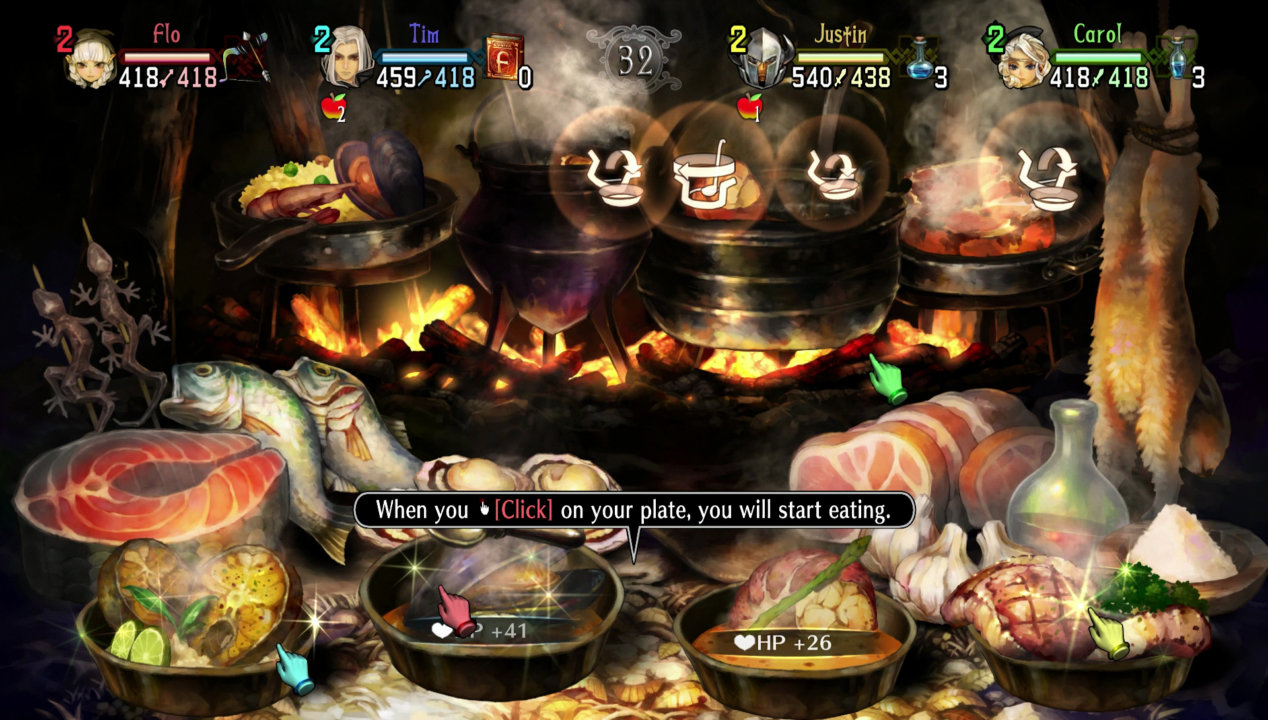 "The fact that the PS4 version can have that kind of compatibility with the PS3 and PS Vita versions should also tell you how much more it brings to the table in terms of actual content- hint: it’s not much. The new game even shares the same Trophy list as the originals."

So- should you get it? If you had any interest in picking this game up back when it first came out, but didn’t for whatever litany of reasons, the answer is yes, you should do so now. But what if you did get it then? That’s where the question becomes more complicated. Dragon’s Crown was a pretty great package then, and it is so now- but you have probably seen most of it, if not all of it, already if you got the older version. In which case, is it necessarily worth pitching in the money to get this new release?

The answer depends on whether or not you have any desire to still play the game, either from the start, or just from where you left off- if you do, I contend that Dragon’s Crown Pro is worth picking up. It’s the definitive version of the game, it lets you play on a modern console, and it’s fully compatible with what came before. If not, then… well, you’ve already played this. All of the stuff here is pretty much what you’ve already been through, but prettier. And Dragon’s Crown, as you may well remember, was already a very pretty game.

Still looks strikingly pretty; the blend of action and RPG gameplay is fantastic; co-op can get frenetic and chaotic; fully compatible with your PS3 and PS Vita saves, as well as capable of multiplayer with them

No new content, same flaws, such as the paper thin story and the divisive character designs

Final Verdict:
GOOD
For good and for bad, this is the same Dragon's Crown you fell in love with (or not) all those years ago- adjust your expectations accordingly, and you'll know if this is for you.
A copy of this game was provided by Developer/Publisher/Distributor/PR Agency for review purposes. Click here to know more about our Reviews Policy.