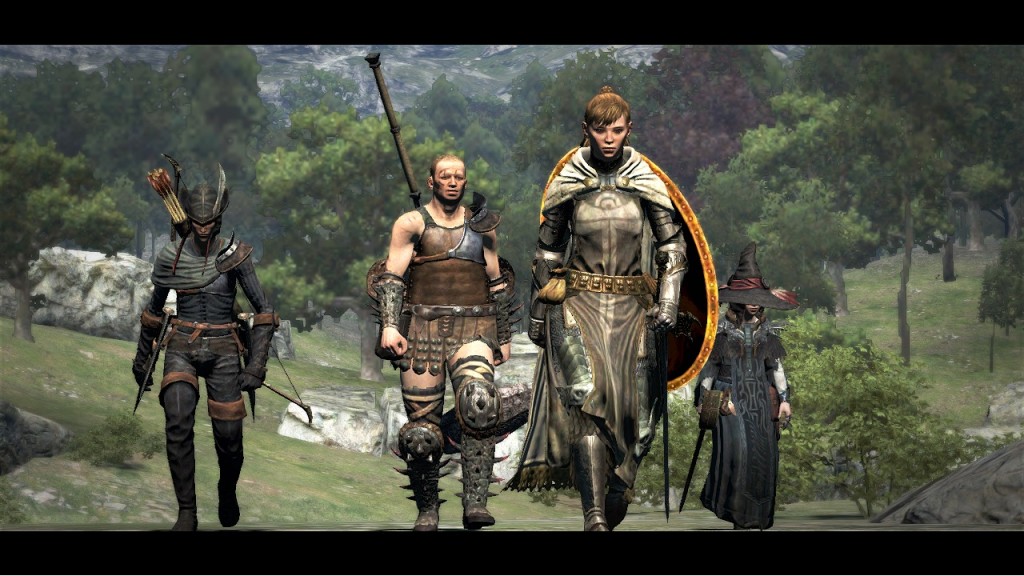 Yes, that is spelled correctly, it’s a proper noun. Dragon’s Dogma is one of my favourite games ever, having scored it a glowing 8.5/10 and the soundtrack was one of the most surprising things about it. Well guess what? Now you can buy it courtesy of Sumthing Else Music Works, who’ve released the original soundtrack for the game.

It was composed by  Tadayoshi Makino of the Monster Hunter fame), Inon Zur (Dragon Age), Rei Kondoh (Devil May Cry 4) and Chamy Ishi (Devil May Cry 4). It will also be released on November 13 via Sumthing Else Music Works and the digital versions will also be available at Amazon MP3, iTunes, and other outlets.

“The original concept for the music of Dragon’s Dogma was music that the listener could physically feel, such as the rush of the winds and the pull of the tides, but I took care to not make each piece too assertive,” said Tadayoshi Makino, main composer of Dragon’s Dogma.

“I thought by using the smaller pieces as accents, I would be able to make the all-important main theme that much memorable. I poured everything I had into expressing the splendour and uniqueness of the Dragon’s Dogma world.”

So are you gonna get it? You should like totally do that. Dragon’s Dogma: The Dark Arisen was announced by Capcom and is set to release next year.