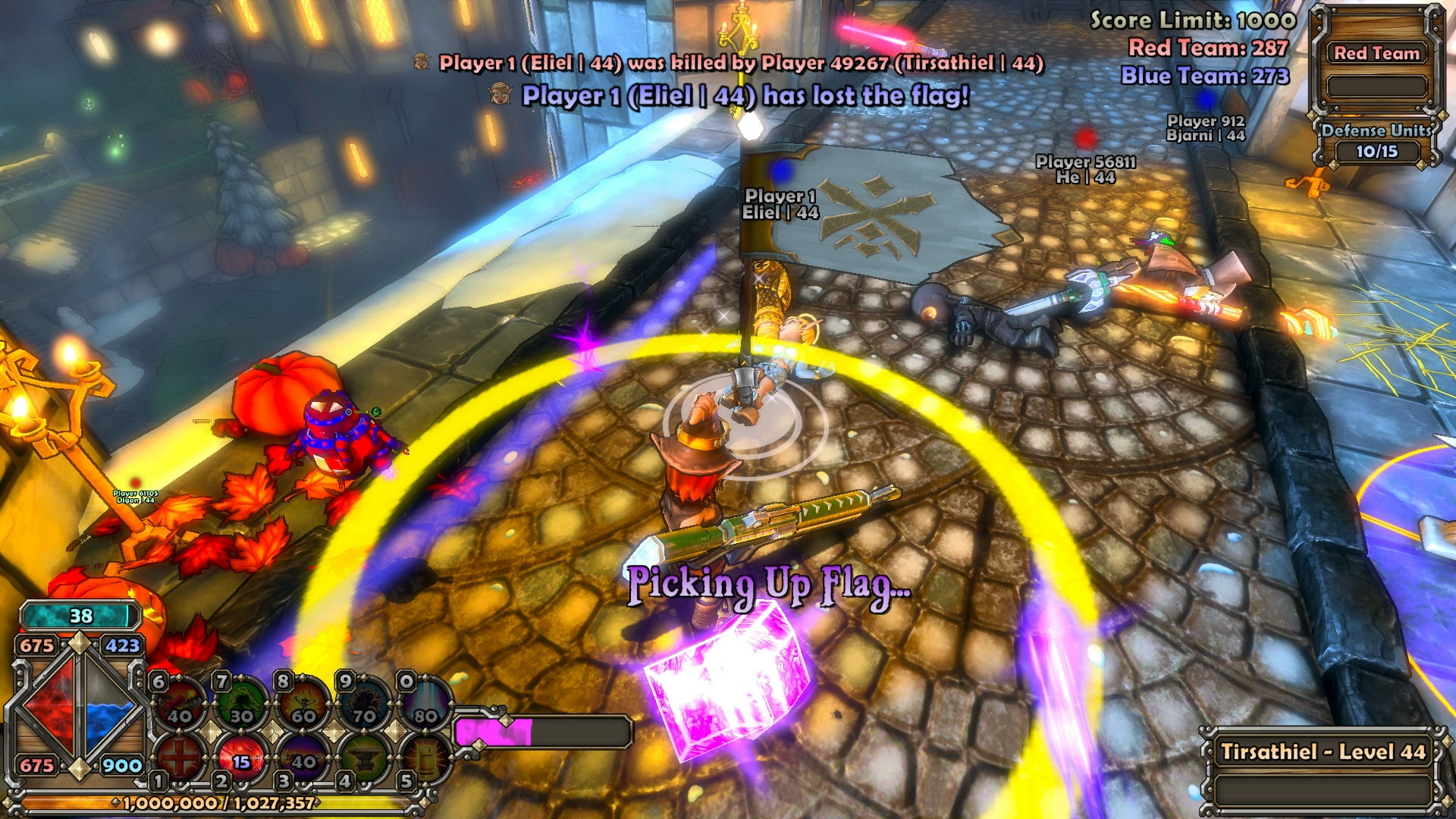 Dungeon Defenders developers, Trendy Entertainment has open the game to the community by releasing a Development Kit. Players can create their own modes and content within the game. They have also added a new 16-player Capture the Flag Pre-Alpha version of the mode. Modding the game will give you access to the entire source code, on top of the fact that as a community, everyone can help develop the new 16 Player Capture the Flag, PvP Mode. This is for the PC only obviously and you can view more details in the full press release below.

The Dungeon Defenders Development Kit (found here: http://store.steampowered.com/app/202522/?snr=1_4_4__103) is a robust set of tools for players to modify all aspects of Dungeon Defenders and create their own content and games. Packaged with the game’s complete source code and art assets, it is one of the definitive Unreal reference codebases for anyone looking to create their own Unreal games.

This Dungeon Defenders Capture the Flag: Pre-Alpha Pass (found here: http://store.steampowered.com/app/202523/?snr=1_4_4__103) grants players early access to Dungeon Defenders’ 16-player Capture the Flag mode. Here they must form 8-man teams and score the most points by killing opponents and holding the flag for the longest time. This mode will be playable online with players’ existing characters, and players can provide feedback to Trendy Entertainment while they flesh out this gameplay mode through their forums here.

Also, a video example of the First Person Defenders mod included with the Development Kit can be found here: https://www.youtube.com/watch?v=eFMSCvstvYM.

Modding Support and Content can be found via Trendy’s forums here, or via http://www.dungeondefendersnexus.com/

Dungeon Defenders brings together the best elements of tower defense and action-RPG progression in a fully 3D environment; spreading the four-player co-op mayhem out across 15 unique maps –  30 challenges,  four difficulty settings –  in all its loot-raiding, spell-casting, level-up stacking glory. Players control one of four distinct heroes – Squire, Apprentice, Huntress and Monk – in an epic bid to fight back an ancient evil. Each character comes with distinct functionalities, and players can create and customize an armory of weapons and equipment. The campaign, whether with friends or solo, has tons and tons of gameplay with hundreds of loot drops (all upgradeable and customizable) to make each character that much more distinct.

Check out the launch trailer for Dungeon Defenders here: https://www.youtube.com/watch?v=8KhaA279thk

Dungeon Defenders is rated E10+ by the Entertainment Software Review Board and is available for download now on Xbox LIVE Arcade for 1,200 Microsoft Points, and on PlayStation Network and Steam for $14.99. For more information on the game, visit www.dungeondefenders.com, follow the game on Facebook http://facebook.com/dungeondefenders or follow the Trendy team @TrendyEnt.

Founded in 2010, Reverb Publishing offers digital publishing to independent game developers on PlayStation Network, Xbox LIVE Arcade, Wiiware, Steam, iOS and Droid, by combining production and business development support paired with the proven public relations and marketing agency expertise from its parent company, Reverb Communications. Reverb Publishing’s unique business model is form fitted for studios, ensuring that they receive the majority of the game’s revenue and maintain ownership of their titles while Reverb handles all the non-developmental tasks including production support, navigating QA, and preparing for product submission.

Trendy Entertainment is an independent Florida studio focused on rapid, low-cost development of broad-demographic games for digital distribution. It is composed of the co-founders of Artificial Studios Inc. and former directors of Ignition Entertainment, who have together released numerous titles for PC, Xbox 360, and PlayStation 3 system, including Monster Madness and Cell Factor. For more information, please visit http://trendyent.com/

Xbox, Xbox 360, and Xbox LIVE are either registered trademarks or trademarks of the Microsoft group of companies.