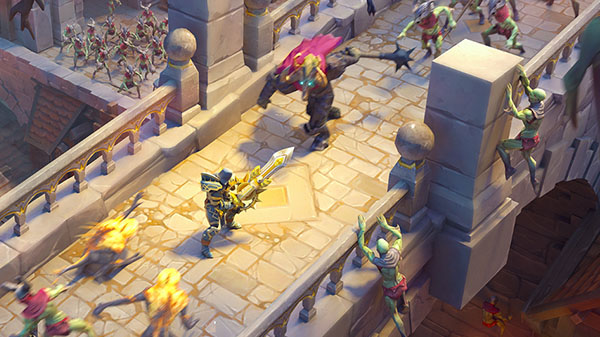 The Dungeon Hunter series from Gameloft has been in a self imposed exile on mobile devices for many years now, but the dungeon crawling RPG will make its return to Sony systems with a new launched scheduled for the PS4, and apparently because it just won’t die, the PlayStation Vita, very soon.

Last seen on Sony’s systems with 2011’s first entry in the series, Dungeon Hunter: Alliance for the Vita and PS3, Dungeon Hunter V is a port of the mobile version first launched in 2015, complete with its free to play elements intact. With publishing help from new publisher Laplace, the game is set to launch in Japan on July 13 (not long to go). No western release has been discussed yet.

If you happen to have access to the Japanese PlayStation Store for whatever reason, you can pre-register for the game until July 18. Doing so rewards players with a special equipment chest said to include a powerful weapon. You can check out the trailer just below.