Lead Game Designer Maciej Binkowski gives us the low down on the console versions of Dying Light.

Dying Light is Techland’s ambitious open world zombie survival game that is due for release later this month. GamingBolt recently caught up with Techland’s Maciej Binkowski to know about the technicalities behind the PS4 and Xbox One versions of Dying Light. Check out Maciej’s response below.

Rashid Sayed: Is Dying Light running at locked 30 frames per second on PS4 and Xbox One?

Maciej Binkowski: Yes. They’re both locked at 30 FPS. We did so much testing and optimizing and eventually came to the conclusion that we needed to lock at 30 FPS to ensure a smooth, fluid experience.

Rashid Sayed: Are you using the latest Xbox One XDK update? If yes what benefits has that brought to Dying Light?

Maciej Binkowski: We were using the latest version just prior to the new release that came out on December 12th. In terms of advantages, the main thing is jus how much the ESRAM control has improved. The new API allows you to do a lot more with the ESRAM, things devs have we’ve always wanted to do but were not easily accessible. This together with better tools (PIX) allowed us to really improve performance and tweak ESRAM usage. 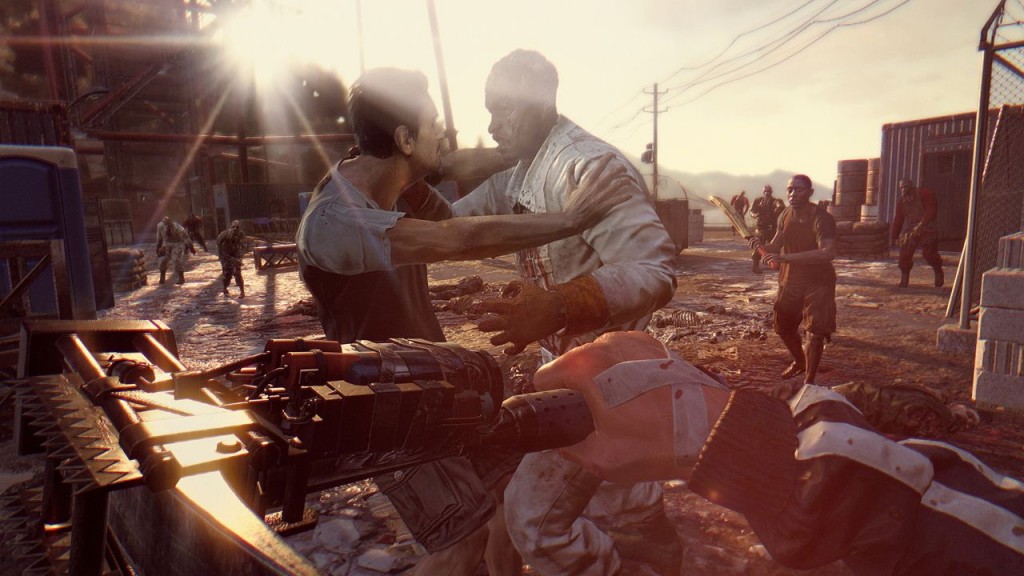 "Dying Light is a totally unique experience not to be had anywhere else. On top of that our release date is safely away from Dead Island’s so people can safely buy both games if they feel like it."

Rashid Sayed: Will you be able to let us know what anti-aliasing solution are you using for PS4 and Xbox One versions?

Rashid Sayed: Dying Light is now a current generation exclusive but it started its life as a last gen titles. Are you simply using the same assets from last gen but upscaled for current gen or have you updated them to take advantage of the more processing power at hand?

Maciej Binkowski: Dying Light was developed from ground up as a next gen title. Yes, we were hoping to deliver it to old gens and we knew this would require (among other things) downgrading the assets. In the end the sacrifices we would have to do were threatening the experience itself so we decided to cancel the old gens.

Rashid Sayed: Dead Island 2 is coming out next year and it seems that Yager Studios is doing a fairly good job with it. Do you guys feel pressured that Dead Island 2 can possibly steal the show from Dying Light?

Maciej Binkowski: No. Dying Light is a totally unique experience not to be had anywhere else. On top of that our release date is safely away from Dead Island’s so people can safely buy both games if they feel like it. 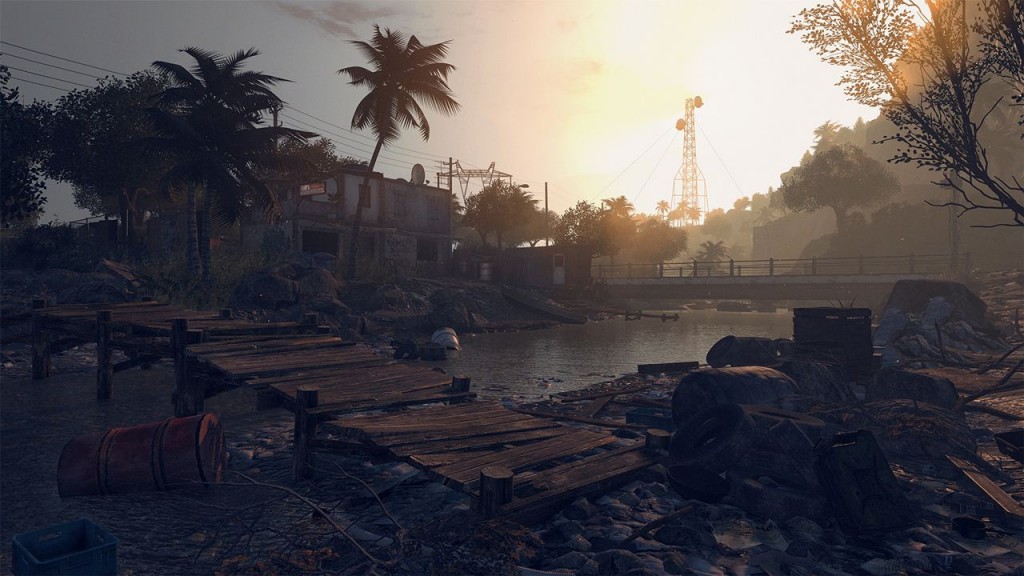 "But no, the decision to delay was not to extend on what we had but rather to cut and focus refining the existing elements to make them shine."

Rashid Sayed: Recently, the PC platform is receiving a lot of poorly optimized ports. It seems that certain developers have become lazy with the amount of processing power at offer. How are you making sure that Dying Light on PC won’t suffer from the same fate?

Maciej Binkowski: I think it’s important to say that I’ve never met a lazy game developer. I’ve never met a person working on a video game that is happy with releasing a buggy or badly optimized game. Every time a game is delivered in a poor state the devs working on it feel like shit.

Having that said – we treat all three platforms with same degree of importance. All versions of the game are developed in-house and we make sure each platform is pushed to its limits. We want our players to have a great experience no matter what platform they prefer.

Rashid Sayed: Has the delay helped you to add more content to the game? We were told by Techland that the game will last roughly 30-40 hours. So I am wondering whether it will last a bit more than that?

Maciej Binkowski: We have material for the game to last more than what you mentioned. But no, the decision to delay was not to extend on what we had but rather to cut and focus refining the existing elements to make them shine. When you put what we have now next to what we had before the extension, you can clearly see the differences. That’s the most gratifying test there is on matters like this.

Rashid Sayed: The game was delayed by Techland as “desire to innovate”. So from a gameplay perspective what have you innovated?

Maciej Binkowski: Above all, we believe the freedom of movement in our game will change what you expect from the genre, and we didn’t want to sacrifice any of its potential by releasing too early. We delayed because we didn’t want to stop before we can deliver what we aimed for and make Dying Light the best experience possible.In a nutshell, we kept seeing all this extra potential creeping out in our tests where eventually just decided “Let’s try take this as far as possible” 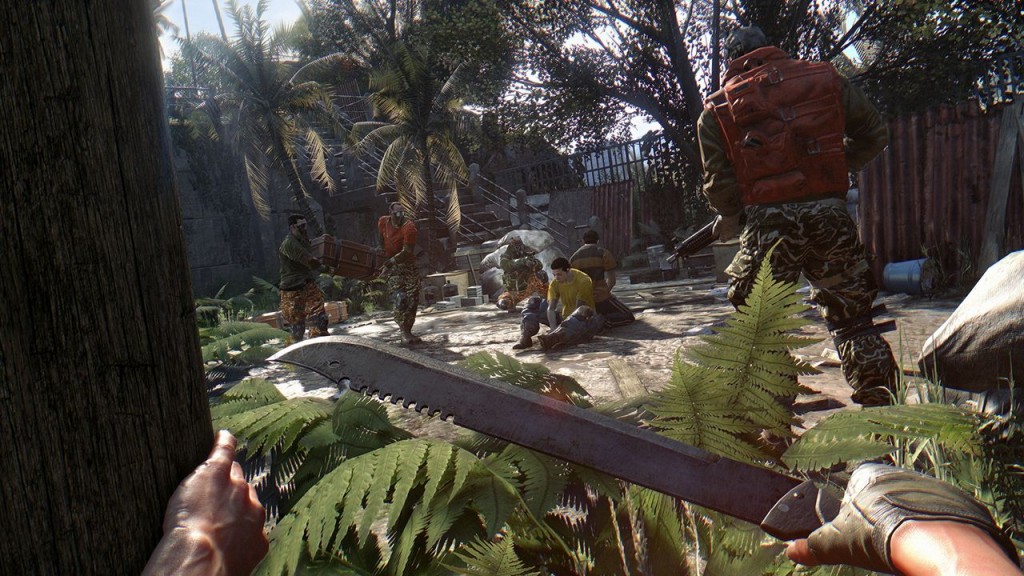 "I keep saying the game offers unprecedented freedom of movement and I really believe it does. But don’t trust me on that – play and see for yourself."

Rashid Sayed: Have you changed the way zombies will react in the night or have you maintained the same mechanic which we saw earlier this year?

Maciej Binkowski: The main goals of night gameplay remain the same. We want you to feel hunted and we want you to feel afraid as this introduces very interesting changes in the pacing and keeps the game fresh. In the process of development we tried over a dozen different night mechanics and settings,but finally settled on the perfect balance not too long ago. This was also something we were so happy to have extra time on to really tweak.

Rashid Sayed: Is there anything else you want to tell us about Dying Light?

Maciej Binkowski: I keep saying the game offers unprecedented freedom of movement and I really believe it does. But don’t trust me on that – play and see for yourself. I really would like to see how far you can push our game and what kind of crazy stuff you can pull with it.