Dynasty Warrior’s second outing on the PSP has been officially dated by Koei.

The game is set for release on March 11th in Japan-only 2 months after Dynasty Warriors 6 Empires- although there is no date set for when the rest of us can get our hands on it. Nevertheless, should you choose to import it will cost you around $56 (JP¥ 5,040). 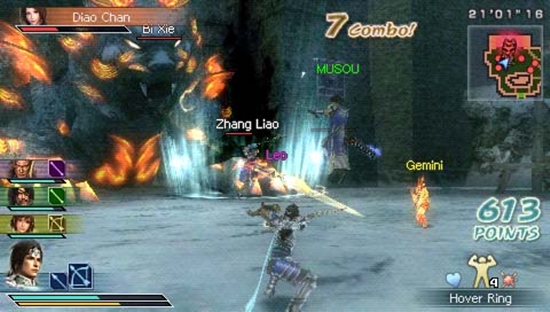 The latest game in the Strikeforce series will feature many gameplay tweaks and enhancements, as well as more characters to play as. There is going to be added emphasis on multiplayer team-based skirmishes this go round, too.

Making a reappearance from the previous Strikeforce game, you will still have the ability to fly (always cool) and there wil be varying levels of weapon resistance- archers are effective against mages but warriors will destroy archers. The level cap of 3 is also expected to be lifted.

Stay tuned to GamingBolt for the latest on Dynasty Warriors Strikeforce 2!